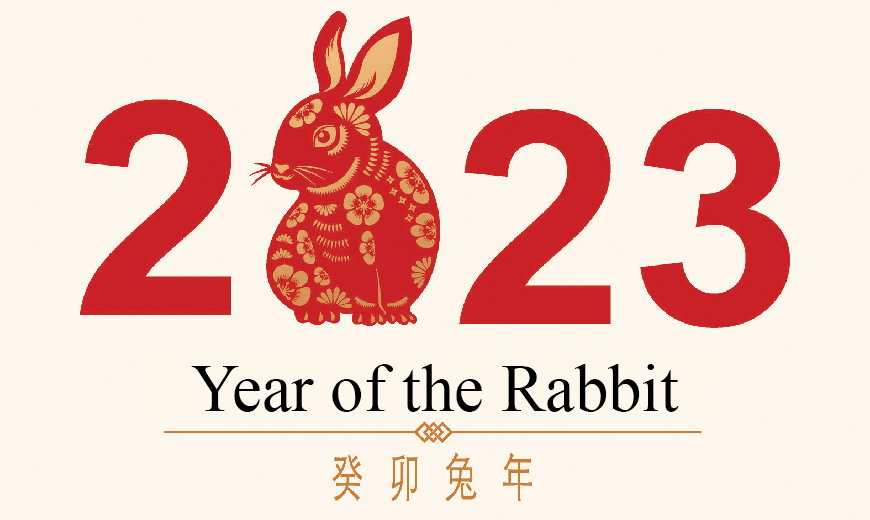 Join us for lots of fun workshops!

The Chinese Lunar Year of 2023 is the Year of Rabbit. It starts on 22 January 2023 and ends on 9 February 2024 (Chinese New Year's Eve). The zodiac sign of Rabbit is a symbol of longevity, peace, and prosperity in Chinese culture. The Confucius Institute at UWTSD is delighted to deliver two celebratory workshops in Swansea and Lampeter.

Mark the dates and bring your families and friends or come by yourself and let yourself be immersed in an atmosphere of festivity and Chinese culture! All are welcome!

The customs of Chinese Spring Festival and Chinese calligraphy

The Chinese New Year is also called the Lunar New Year Festival (Nóng lì xīn nián, 农历新年). Why do Chinese people call it Nian (nián, 年)? Follow our staff and volunteers to explore the meaning of Nian (年) and learn how to write Nian (年) by using Chinese brush and ink calligraphy. 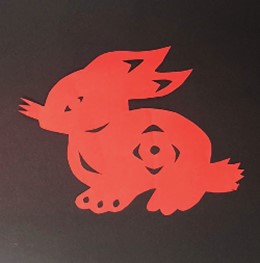 Paper-cutting is a popular folk art throughout China and has been on the UNESCO Intangible Cultural Heritage List since 2009. Have fun making a paper-cutting of the Rabbit (the zodiac symbol for 2023) or the Welsh daffodil. 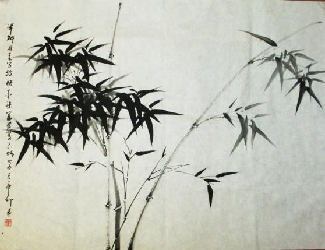 Bamboo (zhún, 竹) is an evergreen plant with a hollow stem. Due to these features, bamboo in Chinese history and literature is a symbol of uprightness, elegance and modesty. 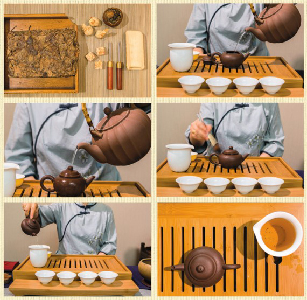 For centuries, people have practiced the tradition of serving tea and demonstrating the Chinese tea ceremony during the Spring Festival. Confucius Institute staff and volunteers will perform the tea ceremony and offer members of the audience the chance to savour the aroma and well-being-promoting properties of different Chinese teas. 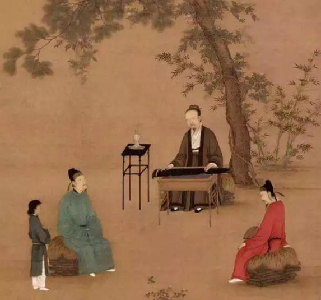 Guqin (gǔ qín, 古琴), also known as the Chinese zither, is the most revered and prestigious instrument in China and has been played for over three thousand years. In today’s China, the guqin is still an important part of Chinese New Year celebrations. Staff from UWTSD Chinese Studies will demonstrate China’s most beloved musical instrument and explain the symbolism behind the different parts of the guqin. 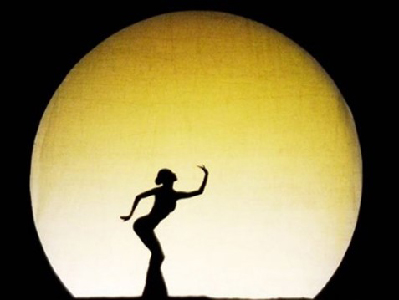 There are 55 minority groups in China, and every minority have their unique festivals to celebrate.

For example, the Water Splashing Festival is a New Year’s event widely celebrated by the Dai minority, and the traditional folk dance will be demonstrated during the festival in Wales this year. Follow the volunteers of the Confucius Institute to learn the beautiful gestures of the Dai folk dance. 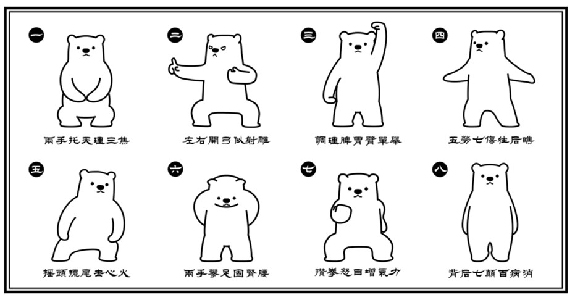 This workshop introduces the basics of this ancient well-being exercise called The Eight Brocades. This has been practiced by Chinese people over the millennia to nurture health and promote well-being.

Find out more about the Spring Festival by investigating the activities and resources below.

The Chinese New Year is also called Spring Festival (Chūn jié 春节), or the Lunar New Year Festival (Nóng lì xīn nián 农历新年). When Chinese people celebrate the Spring Festival, they say Guò nián (过年). What does that mean, and what is nián (年)? Let’s explore the meaning and learn how to write 年 with Chinese calligraphy.

Dragon and Lion dances are one of the most common festive events during Chinese New Year. With their spectacularly vivid colours, they are definitely an invigorating sight at Chinese New Year.

Why is the dragon (lóng, 龙) so popular among Chinese people? Dragons are born from people’s imagination and are deeply rooted in Chinese culture. Chinese people often consider themselves 'the descendants of the dragon'. Nobody really knows where the concept of the dragon come from, and the dragon is all the more mysterious as it is a combination of many animals.

Climbing mountains or doing exercise in the early morning during the Spring Festival is one of the traditional activities. The Eight Pieces of Brocade, or Bā duàn jin (八段锦) as it’s also known, is popular among Chinese people and has been practiced for at least a thousand years.

The 15th day of the Chinese Spring Festival holidays is celebrated as Yuán xiāo jié (元宵节) or Lantern Festival. This day also marks the end of Chinese New Year celebrations.

At night, family members go out together to enjoy the full moon which means successful completion of all hopes for the year.

Bamboo (zhún, 竹) is an evergreen plant with a hollow-hearted stem. Bamboo is one of the few plants can survive during the winter season in Northern China. Due to this unique trait, in Chinese history and literature bamboo is used as a symbol of uprightness, tenacity, elegance, and modesty. Countless historical stories, legends, poems and paintings written or painted by ancient Chinese poets and artists are metaphorically about people who exhibited the virtues of bamboo.

There are fifty-five minority groups in China and every minority has their unique festivals to celebrate.

For example, the Water Splashing Festival to mark the New Year is widely celebrated by the Dai minority and the other twenty-four Ethnic minorities in Yunnan Province, southwest of China. The festival originates from Buddhism, which believes that water is fortunate and brings good luck in the coming year. The Dai's New Year is held in the middle of April with a three-day celebration.

Confucius Institute Chinese Director Lisa Liu is a great fan of dancing, and demonstrates the Dai minority group dance in the video below.

The Chinese tea ceremony is one of China’s most famous traditional customs, and for centuries has been integral to Chinese culture.

Chinese tea ceremony, Cha Dao in Chinese, is not simply the drinking of tea, it is the combination of brewing, smelling, drinking, and appreciating tea.

Confucius Institute teacher Cindy Chen has recorded the video below of the tea ceremony. Enjoy.

Watch Huang Wenyi’s short course on tea if you’d like to learn some simple sentences relating to the tea drinking and find out more about this ancient tradition.

Guqin (gu qín, 古琴), also known as the Qin or the Chinese zither, is the most revered and prestigious instrument in China.

It has been played for over three thousand years of history. Legend claims that the origin of the instrument could be dated back to China’s pre-historic period about 5000 years ago when Fuxi, Shennong and Huang Di, the Yellow Emperor, were involved in its creation.

Among the many ways in which people maintain their health in China, moxibustion is a common practice that derives from traditional Chinese medicine.