The Charter Statutes and Ordinances provide a broad framework for the legal structure and governance of the University.

Under the Charter and Statutes, the Council is the governing body of the University.
The current Chair of Council is The Venerable Randolph Thomas, former Archdeacon of Brecon.

Membership of Council: University Of Wales 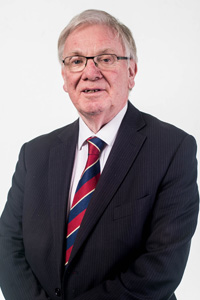 He has also served as a Justice of the Peace; Chair of Gwalia Group; Governor of Christ College Brecon; and a non-executive Director of Hywel Dda Health Board. He is a founding member of Cartrefi Cymru Housing Association for people with special needs and the Chair of the Church in Wales Protection Board. 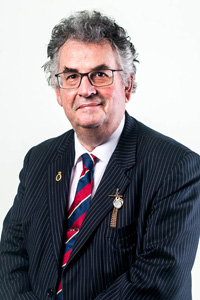 Professor Medwin Hughes is the Vice-Chancellor of UWTSD, a post he has held since the inception of the University. Since 2011 he has also held the post of Vice-Chancellor of the University of Wales. He was appointed as Principal of Trinity College Carmarthen in September 2000 and led the institution to the successful bids for taught degree awarding powers and subsequently university college status.

He had previously undertaken lectureships and research roles at Trinity College, Cardiff University and the (then) North East Institute of Higher Education, now Glyndŵr University. He is a former Deputy Chair of the Welsh Language Board and has served on many Advisory Committees of the Welsh Assembly Government and the Council of Europe.

He is a former member of the Duke of Edinburgh Award Board for Wales and is the former chair of Kaleidoscope UK, a charity working with individuals and families involved with the misuse of drugs and alcohol. He was the High Sheriff of Dyfed for 2016-17 and serves as Her Majesty’s Deputy Lieutenant of the County of Dyfed. He is a Fellow of the Learned Society of Wales and the Royal Society of Arts.

Justin Albert OBE has been Director of National Trust Cymru since 2011. He has a legal background and significant experience in commercial and not-for-profit leadership in conservation, education and cultural organisations. His previous roles have included board membership of Visit Wales and the Centre for Advanced Welsh and Celtic Studies and advisor to the Cabinet Minister for Economy and Transport. His current roles include Vice-President of the Hay Festival, Trustee of Farms for City Children and governor of the Royal School of Ballet.

As well as his law degree he has an Honorary degree from the University of Wales. He is a UK and US dual citizen.

Siwan Davies is Director of Senedd Business at Senedd Cymru and has significant experience in governance. She was born and raised in Carmarthenshire and had an early career in the UK Civil Service and the (then) Welsh Assembly, prior to a move to Australia, where she held several executive roles in the Parliament of Australia and the Queensland Parliament. 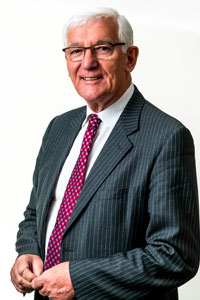 Arwel Ellis Owen OBE is Chair of Social Care Wales. He is also Chair of the Directors of Centre for Advanced Welsh and Celtic Studies and Chair of the Friends of the Living Room. He joined the BBC on graduating in International Politics from University College Wales, Aberystwyth, and was Editor of News and Current Affairs Wales before being appointed Head of Programmes BBC Northern Ireland.

After winning the first Guardian Research Fellowship at Nuffield College Oxford, he left to establish his own independent media company, Cambrensis Communications. He left the broadcasting and media family business to become the interim CEO of S4C and Vice President of the National Library of Wales. He is a frequent broadcaster on Anglo Irish affairs, an author, a Churchill Fellow and a Fellow of Aberystwyth University. 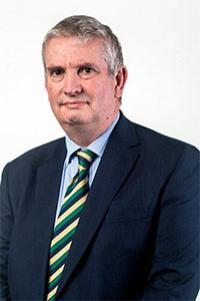 Nigel Roberts has a banking background and held managerial positions at Midland/HSBC Bank until 2010, most recently as Head of Commercial Banking for West Wales. He now works as a consultant for Clay Shaw Butler, Chartered Accountants and holds a number of non-executive positions within the Diocese of St Davids. Other current roles include Chair of Governors at the Model Church in Wales Primary School and Trustee of Carmarthen Family Centres. He is also a member of the Loans Panel for Social Investment Cymru. 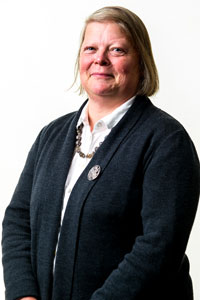 Brought up and educated in Wales, Elizabeth Siberry worked as a civil servant in London: as a departmental HR Director from 2003-08 and Director of the Centre for the Protection of National Infrastructure from 2008-11. She now has a portfolio of the public sector and charity Trustee roles: in addition to her University Council membership, she is a Trustee of the National Library of Wales, the Brecknock Society and Brecknock Arts Trust, and the Gregynog Trust.

She studied history in London and Cambridge and was awarded a PhD in 1982.  She continues to write and publish as a historian, working on aspects of medieval history and the history of Brecknockshire and is a member of the Editorial Board of the journal Brycheiniog.  She was awarded an OBE in 1997. 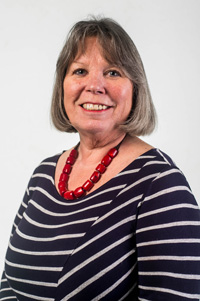 Maria Stedman has an accountancy background and has held senior positions at Dyfed County Council, Carmarthenshire County Council and Swansea University. She was Head of CIPFA Wales Cymru for nine years prior to her retirement.

Having undertaking various voluntary roles within CIPFA regional committees, between 1999-2002 she was President CIPFA South Wales & West of England; Co-opted CIPFA Council member; Chair of CIPFA Qualifications Board; Vice-Chair Committee for the Regions; and a member of CIPFA Education & Training Committee.

She has also served as a School Governor and Chair of Governors ay Ysgol y Dderwen, Carmarthen;  Treasurer of International Celtic Film Festival; founder board member and treasurer of Dr M’z youth drop-in centre, Carmarthen; and, between 2012-2014, as a lay member of the Audit & Risk Committee of the Welsh Language Commissioner. 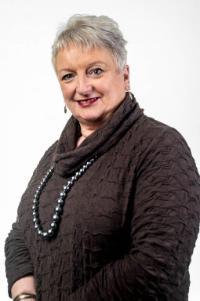 An Honorary Fellow of the University of Wales Trinity Saint David, Deris Williams was Director of Menter Cwm Gwendraeth for almost twenty years prior to her retirement in 2015. She has also worked extensively in the voluntary sector, including as a school governor, a community councillor and as a member of the Local Health Board. She was the General Secretary of the Carmarthenshire Urdd National Eisteddfod and the Carmarthenshire National Eisteddfod. She currently works in a freelance capacity as a Lay Inspector for Estyn and is a regular contributor to the S4C programme ‘Prynhawn Da’ and to various programmes on Radio Cymru. She is also Chair of Hanfod Cymru, the registered charity which distributes grants to community groups on behalf of Loteri Cymru. 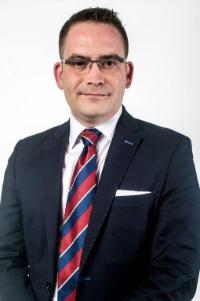 Clerk to the Council

The Clerk to the Council is:

Visit the Clerk’s Office section to find out more