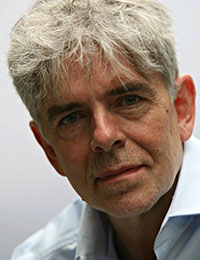 John Sauven is the Executive Director of Greenpeace UK.

With a background in forests he was instrumental in getting protection for the Great Bear temperate rainforest in Canada. It was an epic battle between logging companies, timber traders and their retail customers in Europe and North America.

John co-ordinated the international campaign to secure a moratoria on further destruction of the Amazon by soya producers and later similar tactics were used to get a cattle moratorium.

Similar tactics were used elsewhere to tackle the drivers of deforestation including for paper and palm oil in Indonesia.

Ultimately it changed the supply chains of many of the world's biggest corporations. It was one of Greenpeace's most successful campaigns to protect large areas of the world's last intact rainforests providing both climate and biodiversity protection as well as local people’s livelihoods.

In 2010 John Sauven started the campaign to protect the Arctic from oil exploration. It turned into a heroic battle first with Russia's Gazprom and then Shell. In 2015 Shell pulled out of the Arctic.