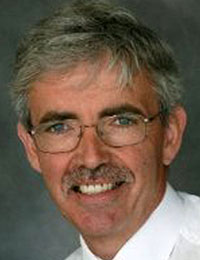 Peter Davies’ career background is in the field of corporate responsibility working for the Confederation of British Industry, Department of Trade and Industry and Business in the Community.

Awarded the OBE in 1995 for work in establishing links between business and education under the DTI's Enterprise Initiative.

Peter was Managing Director at Business in the Community UK from 1995 to 2005 . He returned home to Wales in 2005 and was appointed Commissioner for Wales and Vice Chair of the UK Sustainable Development Commission, providing independent advice to the Welsh and UK Governments.

Following the closure of the UK Commission Welsh Government appointed him as Wales' first Sustainable Futures Commissioner in April 2011. He played a lead role in the development of the Wellbeing of Future Generations (Wales) Act, particularly through leading the national conversation on the ‘Wales we Want’. He stepped down from this role in February 2016 with the appointment of the Future Generations Commissioner as established by the Act.

He was also appointed to be the first independent chair of the Climate Change Commission for Wales in 2011 and carrying out this role through to March 2016.

Peter has undertaken a range of consultancy projects since 2005, including as consultant to the Prince's Charities in Wales and St James Ethics Centre corporate responsibility research programme in Australia.

He was instrumental in the establishment of the Institute for Sustainability and Resource Effectiveness (INSPIRE) at the University of Wales Trinity St David in 2011 where he has an associate role as Professor of Practice.

His project portfolio focused on working in support of communities, citizens and consumers and includes chairing the Wales Council for Voluntary Action, Welsh Water's Customer Challenge Group and the Size of Wales charity, being a Director of Pembrokeshire Community Energy and a member of the BT Wales Advisory Board.