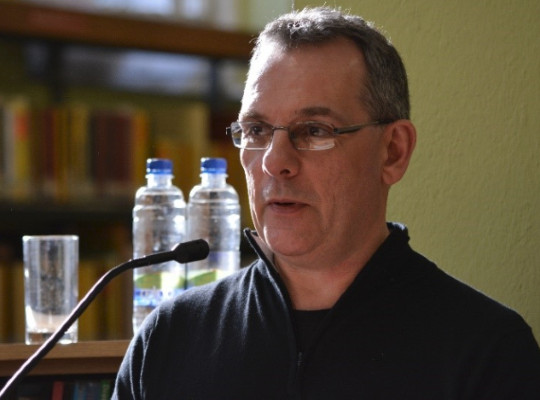 Professor Graham Allen is a writer and academic from Cork in Ireland. Allen studied at St David’s College, Lampeter, between 1982 and 1985, where he gained a 1st Class Honours degree in English.

Professor Allen has published extensively in the fields of literary and cultural theory and on subjects within Romantic literary studies. His early reputation as a researcher was made on the basis of the work he published within literary and cultural theory. His successful book Intertextuality, in the New Critical Idiom series, was translated into several different languages. A second edition of this book, including a newly commissioned chapter, was published in 2011. It is still, two decades after its first publication, the leading guide to the topic and has been cited over 2,500 times.

His teaching interests are in literary and cultural theory and in Romantic literature; his theoretical work is partly focused upon questions of teaching, especially those aspects of teaching which remain incalculable and even invisible. Quoting Jacques Derrida, he believes that teaching occurs in the ear of the other. He says his teaching, both theoretically and practically, is motivated by a desire not simply to reassert this, but also to explore it.

Professor Allen is also Distinguished Visiting Fellow of the London Graduate School, a member of the Advisory Board of The Oxford Literary Review, Barthes Studies, Digital Literary Studies, and a regular reviewer for a number of peer-review journals.

Throughout his literary career he has been nominated and shortlisted for many prizes, winning, in 2010, the Listowel single poem prize with The One That Got Away, the title poem of a collection.

Graham Allen has contributed to University College Cork’s School of English's increasing profile in creative writing. He has been publishing his creative work, mainly poetry, since December 2006. His on-going epoem Holes, along with his first two collections of poetry, The One That Got Away (2014), and The Madhouse System (2016) were published by New Binary Press. His new collection, A Tower That Knows No Ghost, is to be published by Salmon Press in 2020.‍

His work in literary and cultural theory has undoubtedly had an international impact. The monograph on Harold Bloom (1994) led to an invitation to co-edit the 2007 Salt Companion to Harold Bloom, beyond any doubt the most important and inclusive work yet to be published on Bloom. This work has led to numerous invitations to contribute to publications and conferences.