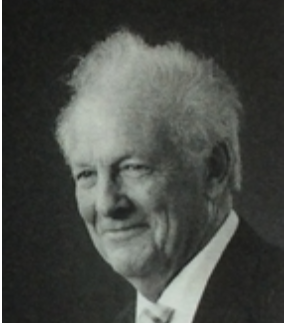 Keith was the son of Gilbert Henry John and Edith Mary Robbins. He attended Bristol Grammar School from 1949 to 1958. He was later to write the college’s history, as well as serving on the Board of Governors and as President of the Old Bristolians Society. For university, he studied history at Magdalen and St Antony’s Colleges, Oxford. His DPhil, awarded in 1964, was entitled The abolition of war: a study in the organisation and ideology of the Peace Movement, 1914-1919. Just before he left Oxford, he married Janet Carey Thomson in 1963. He and Janet had three sons and one daughter.

Robbins’ first academic post was at the University of York, as first assistant lecturer and then lecturer. In 1971, he became professor and head of the history department at the University College of North Wales, (Bangor University).  He was also dean of the Faculty of Arts from 1977 to 1979.  He moved north in 1980, on his appointment as Professor of Modern History at the University of Glasgow. He was head of department for ten years, from 1981 to 1991.

Alongside his leadership roles, Robbins was an eminent modern historian. He was responsible for over twenty books, as well as numerous journal articles. His first book was Munich 1938, (Cassell, 1968). He aimed to look at the development of the Munich crisis without the hindering concept of appeasement. Fergusson commented that it was an informative, critical and extremely readable book. In The Eclipse of a Great Power: Modern Britain 1870-1975 (Longman, 1983), Robbins’ narrative started with the Gladstone-Disraeli years and ended with the Wilson and Heath governments. One reviewer commented that it was the most witty textbook he had ever read; Robbins even included a selection of his grandfather’s puns. In The First World War (Oxford University Press, 1984), Robbins compressed the huge literature on World War I into a concise and readable volume of under two hundred pages. Somehow, the book managed to be comprehensive and to avoid over-simplification. In Great Britain: Identities, Institutions, and the Idea of Britishness (Longman, 1997), he examined the historical roots of British national identity. Thus, Robbins offered an account of the origins of the types of strains and clashing identities that were to buffet the United Kingdom.

In retirement Robbins edited History of Oxford University Press. Volume 4, covering the years 1970 to 2004. His work included dealing carefully with some highly sensitive issues, such as the income and global earnings of the press and its charitable status, together with some issues of personnel. Each of these required Robbins to co-operate with the press’s lawyers and accountants. He handled the issues with extraordinary diplomatic skill and a wry sense of humour. 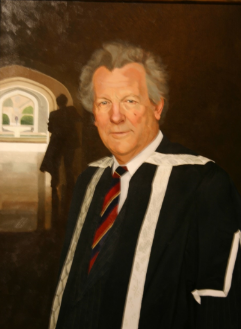 Robbins died in September 2019; his funeral was held at the University Church of St Mary the Virgin, Oxford. Jeremy Smith, the Assistant Dean of the Institute of Education and Humanities at UWTSD, described him as ‘a longstanding and eminent Vice-Chancellor of Lampeter, a man of great charm and standing, and a renowned historian of modern British history.’ Professor Bill Gibson commented, ‘My impressions of Keith were of a man of great generosity, enormous skill and scholarship, and of tact and discretion, that would have made him successful in any field he chose.’