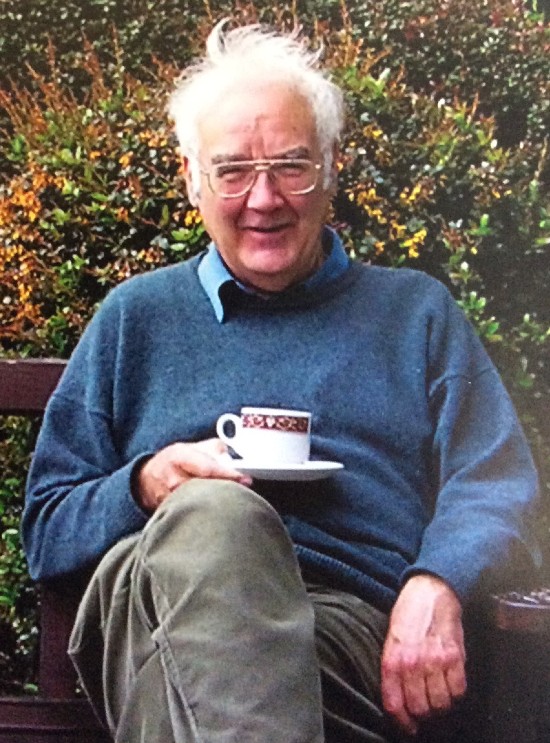 Robert (Bob) Sharpe joined St David’s College in 1964 as Assistant Lecturer in Philosophy; over the next thirty-three years, until his retirement as Professor Emeritus in 1997, he was instrumental in the development of the Philosophy Department.

Born in Penzance, Cornwall in 1935, Sharpe was raised as a strict Baptist and from an early age had a deep interest in music, which continued throughout his life. He studied English and Philosophy at Bristol University, where he was taught by Professor Stephen Körner, one of the late twentieth century’s leading British philosophers. He left Bristol with an MA and studied for his PhD at Birkbeck College, London, on the topic of ‘Induction and Falsifiability’. Following a two-year Fellowship at Reading University, Sharpe joined St David’s College as Assistant Lecturer, becoming Lecturer in 1985 and finally Professor Emeritus in 1997.

Sharpe’s writing encompassed philosophy, ethics, psychanalysis, the philosophy of science and the philosophy of the mind. In 1983 he published Contemporary Ascetics: A Philosophical Analysis, in which he claimed that ‘nothing equals the value and importance of the arts’. This was followed in 1997 by The Moral Case against Religious Belief, in which he discussed the corrupting effect religion could have on morality, arguing that Christian teaching on sexual matters conflicted with our understanding of human nature.  This was a subject that was to concern him for the last ten years of his life, the sequel to which he was working on when he died.

Sharpe’s passion for music influenced his writing and he explored the connections between music and humanity. In Music and Humanism, published in 2000, he discussed the nature of taste, of musical meaning, its value and expression, and its place within the history of music. It was enthusiastically reviewed as, ‘a richly observed and highly insightful piece of writing that should be read by anyone seriously interested in the current state of musical aesthetics’.  In 2004 he published The Philosophy of Music, which was praised for its fearlessness and honesty. He also brought his love of music into the university, running music appreciation groups for the students.

Sharpe was also a passionate educator, described by his colleague David Cockburn, as a ‘wonderful teacher, whose transparent enthusiasm for the subject, utterly unassuming manner and endless patience inspired generations of students.’ His passion for teaching brought him into conflict with the commercial side of education. In a letter to The Independent in 2001, Sharpe protested that, ‘The rock-bottom morale in education in this country is not only a product of the way that endless and pointless paper chases have interfered with teaching and learning; it is also a result of the way education seems to be run by people who have no understanding of the way education enriches lives or by the way it can be a voyage of discovery…’

During his retirement Sharpe discovered the pleasures of nature and animals, becoming increasingly concerned about the cruelty humans inflicted on them. He died on Saint David’s Day 2006, survived by his second wife, Lynne, and by his two children, Catherine and Julian, from his earlier marriage.

Professor R. A. Sharpe (2006, May 15). Independent. Retrieved from https://www.independent.co.uk/news/obituaries/professor-ra-sharpe-478295.html

R. A. Sharpe Protecting the human condition from Wagner and God (2006, April 24).The Guardian.Retrieved from https://www.theguardian.com/news/2006/apr/24/guardianobituaries.obituaries