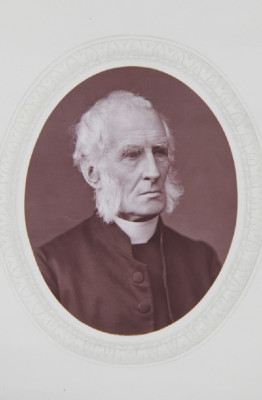 Ollivant was born in Manchester, the younger son of William Ollivant and his wife Elizabeth. He moved to London, when his father became a clerk in the Navy Office. The family lived at 11 Smith Street, Northampton Square. The young Alfred was educated at Saint Paul’s School and then entered Trinity College, Cambridge. Academically successful, he was Craven scholar in 1820, graduated sixth wrangler in 1821 and won the chancellor’s medal for classics. In 1822 he was awarded the Tyrwhitt Hebrew scholarship. He was also elected to a fellowship at the college. He was awarded his B.D. and D.D. in 1836.

Ollivant was appointed to the newly established St David’s College Lampeter in 1827. As well as Vice-Principal, he was to be Senior Tutor, professor of Hebrew, and second professor of Theology. He was one of only three members of staff; the others were the principal Llewelyn Lewellin and the professor of Welsh, Rice Rees. Lampeter was isolated, so Ollivant and Lewellin were dependant on each other’s company. Mercifully the two men got on well. Lewellin’s daughter later described Ollivant as ‘a grave, rather austere-looking man, with a very kind heart.’ Ollivant came to Lampeter as a bachelor; he married Alicia Olivia Spencer of Bramley Grange, Yorkshire, in 1831. They were survived by three sons. Ollivant was vicar and sinecure rector at Llangeler, in north Carmarthenshire; he managed to learn Welsh and to preach there regularly in it.

Ollivant returned to Cambridge in 1843 as Regius Professor of Divinity. Then, in 1849, he was appointed Bishop of Llandaff. His appointment was acrimonious. One group felt Ollivant owed his promotion to the fact that he spoke Welsh and saw it as a victory for those who wanted Welsh-speaking bishops. Another faction considered Ollivant yet another English bishop, and complained that his Welsh was appalling!

The diocese of Llandaff was poverty-stricken and had been neglected for a long time, with a  succession of absentee bishops. Indeed, it had been so poorly endowed, that the bishop normally held some other office alongside. Ollivant’s predecessor, Edward Copleston had also been dean of St Paul’s Cathedral and only visited Llandaff every autumn. In contrast, Ollivant was able to live in his diocese, as the Charity Commissioners purchased an official residence, Llandaff House, for him in 1849. Furthermore, his salary was increased by £3150, raising it to the minimum level of £4500. Industrialization meant the South Wales valleys had changed hugely; Ollivant was particularly concerned about the church’s neglect of the coal fields. He responded by founding a diocesan Church Extension Society in 1850; its aim was to encourage the development of the Anglican church in the industrial communities. The method of operation was to provide an additional curate in an industrial parish and then establish a new congregation. Only after that was a new church building erected.  Over 170 churches were either constructed or restored through its programme of church and school building.  There was little money available; when new churches were built, it was in the cheapest way possible.

At this time, the medieval cathedral at Llandaff was in ruins. In the first half of the 18th century, John Wood of Bath had built a church within a church at the east end, in the classical style of Bath assembly rooms! Ollivant was responsible for the complete restoration of the old building, under the direction of the gothic revival architect, John Prichard and his partner J.P. Seddon.  The 18th century work was removed and a much more thorough and sympathetic restoration and rebuilding undertaken. The past was used as a guide; where nothing of the old building remained, they aimed for harmony.  Seddon also involved some prominent figures from the Pre-Raphaelite Brotherhood, and the Arts and Crafts Movement, including D.G. Rossetti and William Morris, as well as a host of craftsmen.

As a student at Cambridge, Ollivant had been influenced by the famous evangelical clergyman, Charles Simeon. He was to retain that influence all his life. He was a cautious and conservative theologian, nervous of biblical criticism. His charge of 1857 was devoted to a refutation of the work of Rowland Williams, an advocate of the new German scholarship.  Ollivant was also suspicious of Anglo-Catholicism, for instance objecting to the vicar of St Mary’s Cardiff wearing a surplice with a large cross on it. In complete contrast, however, he was sympathetic towards Nonconformity. Ollivant produced a large number of minor publications; in particular, his triennial charges to the clergy in his diocese are still useful historical sources. He was also a member of the panel who produced the Revised Version of the Bible in 1870. 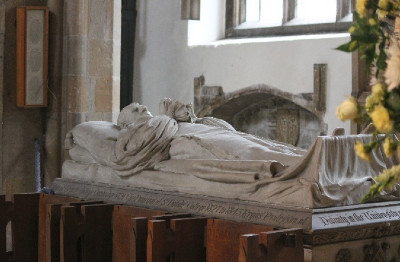 Ollivant died on 16 December 1882. He was buried in the cathedral grounds. Fittingly, there is a monument to him near the high altar in the cathedral. He had been one of the greatest bishops of Llandaff, transforming the church into a flexible and militant organization. He gave outstanding leadership, seeing a new spiritual energy and life imparted throughout his diocese.