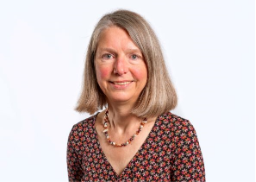 As an undergraduate, Walker studied archaeology at Lancaster University under Roger Jacobi in the 1980s. She spent her vacations digging, as a volunteer attached to the National Museum of Wales. Her supervisor, Stephen Aldhouse-Green, was working on the Palaeolithic Settlement of Wales Research Project. It was at this time that Aldhouse-Green introduced Walker to the significant collection of stone tools found at Pontnewydd Cave, near St Asaph in Denbighshire. (Pontnewydd is the most north-westerly site in Europe to hold evidence of the fossil remains of early Neanderthals. These early prehistoric finds include human teeth and a jaw fragment from at least five individuals along with over a thousand stone tools made by these people). The next Spring, Walker was a member of the Museum’s team who excavated at Hoyle’s Mouth Cave, at Penally in Pembrokeshire. 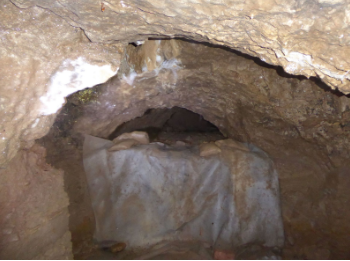 Walker’s first experience of paid employment was spending four weeks measuring the Pontnewydd Cave artefacts. After that in 1987, she joined the Department of Archaeology & Numismatics at the National Museum permanently, as curatorial assistant. She has remained there ever since, gradually going up the career ladder.

Walker’s MA, awarded by the University of Wales Lampeter in 2007, and her PhD, awarded by UWTSD in 2017, both dealt with the practice of archaeology in Wales. Her MA was entitled ‘Aspects of change in museum collecting practice during the twentieth century: some south Welsh archaeological collections.’ Her PhD was ‘Collecting the past: aspects of historiography and lithic artefact analysis for the creation of narratives for the Palaeolithic and Mesolithic archaeology of Wales.’

In direct progression from her undergraduate days, Walker’s research still focuses on the Palaeolithic and Mesolithic archaeology of Wales, (c. 250 000 – 4 000 BCE). As well as continuing to work on Pontnewydd and Hoyle’s Mouth, she has excavated in many other caves round Wales. In particular, she has directed her own excavations on two sites on the Gower Peninsular: Cathole Cave, a site used as shelter by Late Glacial and Mesolithic hunter-gatherers, and Burry Holms, an early Mesolithic campsite.

Alongside her outdoor field work, Walker has worked on existing museum collections. She comments ‘Our Welsh museums hold a wealth of material recovered from caves and sites of all periods of archaeology … Museum collections hold considerable potential to release new data about the past.’ Through recording museum holdings, she has been able to bring together all the finds of Palaeolithic age from south-east Wales. She published her results in No stone unturned: papers in honour of Roger Jacobi, edited by Nick Ashton and Claire Harris, (Lithic Studies Society, [2015]). In a similar way, she has collected the Palaeolithic and Mesolithic finds from Pembrokeshire for Prehistoric, Roman and early Medieval Pembrokeshire (Pembrokeshire County History, vol. I), (Pembrokeshire County History Trust, 2016).

Walker is the co-author with Stephen Aldhouse-Green of Ice age hunters: Neanderthals and early modern hunters in Wales, (National Museum of Wales, 1991). Together with Aldhouse-Green and Rick Peterson, she edited Neanderthals in Wales: Pontnewydd and the Elwy Valley Caves, (Oxbow Books and National Museum of Wales Books, 2012). The volume outlines the results of research done over twenty years, describing the traces of occupation left by early Neanderthals around 225 000 years ago.  Walker has also written numerous journal articles and book chapters, for instance on Snail Cave rock shelter on the Great Orme, just outside Llandudno, Foxhole Cave in the Gower Peninsular, and Ffynnon Beuno and Cae Gwyn caves in Denbighshire.

The Cambrian Archaeological Association awarded Walker the GT Clark prize for prehistory in 2017. These awards are made every five years to the archaeologists and historians judged to have produced the most significant academic works on Welsh subjects. She is currently chair of the National Panel for Archaeological Archives in Wales. She is also a Fellow of the Society of Antiquaries of London and an associate member of the Museums Association.