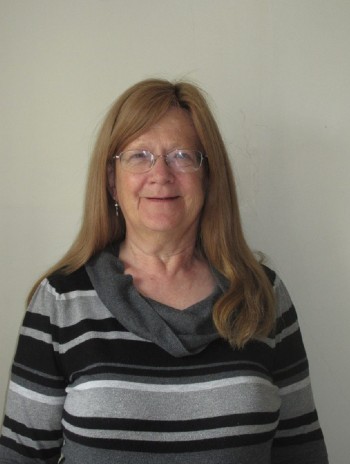 Linda Parker is a leading historian and independent scholar who has written about army chaplaincy during the First and Second World Wars, military, social and religious history and polar exploration.

Born in Wales, Parker is a former history teacher with over twenty years experience. She studied for her PhD at Birmingham University, since which she has written six books, contributed chapters to numerous academic books and written articles on subjects ranging from Rudolph Hess’ trip to Scotland, a comparison of the civilian attitudes to air combat in 1917/18 and 1944/45 and Britain and the Arctic in the 19th and 20th centuries. She is a member of the Royal Historical Society, the Western Front Association, the American Commission for Military History and co-founder of the British Modern Military Society, which hosts monthly talks covering military history from the last two hundred years.

Parker’s first book, The Whole Armour of God, written in 2009 and published by Helion, reassessed the role of Anglican Army chaplains, exploring their ambiguous role in the trenches and the harsh publicity they received during the 1920s and 1930s. Shell Shocked Prophets, written in 2015 continued with the theme of chaplains, examining how their experiences during the First World War influenced their roles in inter-war civilian life.

In 2019 Parker researched the role played by airborne chaplains during the Second World War. Nearer my God to Thee utilised unpublished material and first-hand accounts and letters to reveal the multi-faceted work of the airborne chaplains. Landing with their troops by parachute and gliders behind enemy lines they shared in the dangers of the men they ministered to, aided medical staff, took services and buried the dead. When necessary they took command during battle and become prisoners of war rather than leave wounded soldiers untended.

Parker has also written about two of the most publicly well-known army chaplains, Studdert Kennedy “Woodbine Willie”, in A Seeker After Truths (2018) and Tubby Clayton in A Fool for Thy Feast (2015), which was described as a ‘sensitive and well-researched biography’ by the Church Times. After the war Tubby established the peace time movement Toc H, which rapidly spread throughout Britain and the world, including St David’s College, which Tubby  visited on two occasions. Parker herself is a trustee of the Toc H Movement and convenor of Toc H Wessex.

Polar expedition is another subject which deeply interests Parker. In 2013 she wrote Ice, Steel and Fire. British Explorers in Peace and War 1921-45, in which she examined a variety of pre-war polar expeditions. These included university expeditions to Spitsbergen led by George Binney in the 1920s and Sandy Glen in the 1930s, which contributed to advances in polar flights and radar. As a keen traveller herself, Parker has followed in the footsteps of some of these daring Arctic explorers. She has voyaged to Green Harbour, Barentsberg, where the vessel on which Sandy Glen was travelling was sunk during Operation Fritham in 1942, also visiting several places in Svalbard that he explored in the 1930s. In 2018 Parker travelled to Narvik and Harstad in Norway, where explorers Quentin Riley and Andrew Croft where involved in the Norwegian Campaign in 1940, and to Tromso where many polar explorations set out. She has plans for future journeys to Greenland to track other explorers.