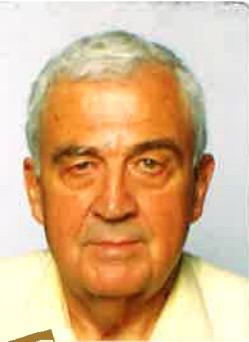 Eric Morris is a military historian, who taught at the Royal Military Academy, Sandhurst before becoming a leading consultant and commentator on international geo-strategic issues, ranging from the commercial opportunities arising from the end of the Cold War, to the threat of radical terrorism. He was an early proponent of the need for cyber security to protect critical national interests.

Morris’ father was a Cardiff businessman, Clifford Morris. Named after his father, the young Clifford Eric Morris attended Howardian High School, Cardiff, and then entered St David’s College to study history in 1959. At this time, the professor of history at Lampeter was Daniel Dawson. Sadly, Dawson had significant disabilities, as a result of injuries from the First World War. Morris remembers collecting him from his home in Bryn Road and then seeing him back again. He comments ‘Professor Danny had a profound influence on my professional life and encouraged my interest in Military History … Without Danny’s initial encouragement I doubt if those [later] opportunities would have come my way.’

After graduating, Morris went on to take a postgraduate diploma in education from University of Wales Cardiff and then an MA in West European politics from Leicester University. Morris’ first academic post was as a lecturer in international history in the post-graduate school of European politics at Liverpool University. Whilst there, he was seconded to the United Kingdom Armed Forces, Headquarters Western Command, Chester. His role involved teaching military history and international relations to entrants to the Staff College. Alongside this, he was also visiting lecturer in international relations at the University of Wales Aberystwyth.

In 1970, Morris moved to the Royal Military Academy Sandhurst, where he taught a wide range of courses in Strategic Studies and International Relations. As Deputy Head of War Studies, he became part of a team of civilians teaching all future British army officers the traditions of their profession. Martin Walker has commented that the tutors were something between a think-tank and an assembly line, writing prolifically but also producing profound ideas about the nature of war itself. Increasingly, the Sandhurst academics recognized the importance of recording the memories of former soldiers. Morris interviewed the veterans of the Salerno landings in 1943. In contrast, he also introduced and then developed crisis gaming first for the military and after that for industry at large.

Morris left Sandhurst in 1984; initially, he joined a boutique security company as an advisor to the Ministry of Foreign Affairs, Saudi Arabia. Then, two years later, he formed his own international consultancy in geopolitics and counterterrorism. Alongside writing and lecturing, he built up a team of seven full-time and several part-time staff, advising amongst others, BAE Systems on geo-political issues; writing and preparing simulation exercises for the UK’s emergency services on crisis planning in the event of chemical and biological attacks; contributing to US and UK mainstream television commentary on terrorism including the BBC in London and Wales; and leading the writing and development of Janes World Insurgency and Terrorism, one of the first on-line portals for business and academics.

In 2004, Morris’ consultancy joined G3, Good Governance Group, which became a leading business intelligence company in London. In his role as executive chairman, Middle East, Morris advised governments, companies and wealthy investors on geopolitical and security issues, particularly focusing on the Middle East and South Asia. He became a senior mentor and adviser to NATO High Command in civil/military relations, conflict resolution and operations in support of peace, helping prepare senior officers for operations in Afghanistan and Iraq. He also advised the House of Commons Select Committee in Defence. He was able to lead high command battlefield rides, mostly on the Second World War Italian campaign. These staff rides are formal military training activities, concentrating on the analysis of a past campaign or battle. Morris regularly lectured on a variety of geo-political, security and maritime constabulary issues, addressing UK allied intelligence agencies, defence academies, police colleges and leaders of emerging nations including those in the Gulf, Southeast Asia, Pakistan, and post-apartheid South Africa.

Morris retired from G3 in 2015, re-establishing his own company. He has since been a senior advisor to the government of Oman on foreign policy issues.

Morris is, and remains, a prolific author. His first book was Blockade: Berlin and the Cold War, (Hamish Hamilton, 1973), describing the role of Berlin in international affairs from 1945 to 1972. The reviewer for The Times commented, ‘Mr Morris’s world-strategic view of the city is a refreshing one.’ In The Russian Navy: myth and reality (Hamish Hamilton, 1977), Morris reviewed the heritage, build-up and foreign policy uses of the Soviet navy. Kime commented ‘The student of foreign affairs who is not a specialist in military matters will be considerably informed by Eric Morris. His book contains much that the scholar needs to know in order to gain some appreciation of the complex factors affecting the development of contemporary Soviet naval power.’

For his book Corregidor: the nightmare in the Philippines (Hutchinson, 1981), Morris interviewed forty American and Filippino survivors of the Philippine campaign of 1941-42. He vividly recaptured the struggles of the military and medical personnel who fought and died to buy America time to respond to the Japanese attack in the Pacific. The finished account is both intimate and highly readable. In the critically acclaimed Circles of hell (Hutchinson, 1993), Morris wrote a challenging account of the war in Italy 1943-1945, shaped around a harsh indictment of the Allied generals. Watkins has commented, ‘Eric Morris reveals the war in Italy in all its glory and squalor, from high-level political machinations to the terrors and privations of the individual soldier, in a style of writing that immediately engages the reader’s attention and holds it throughout.’ Morris has also contributed to many more books and journals. He is currently researching and writing a book about his wife Pamela’s father and his service as a navigator in Bomber Command. He was shot down and killed in a raid over Germany.

Morris is married to Pamela, a former teacher. They have two children, Christopher, a doctor, and Leah, who followed him into the security/intelligence business, and five grandchildren, one of whom is also an author. Outside military studies, he was a magistrate for over ten years to the Vale of Glamorgan bench.