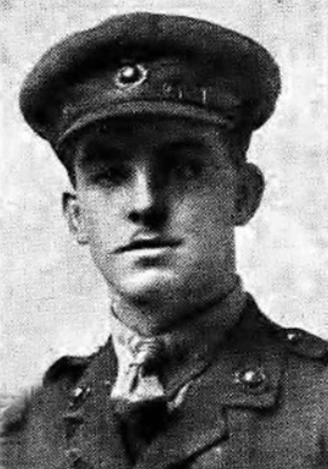 Austin Pugh Cook was born in 1893 in Haverfordwest where his parents ran a greengrocers shop from their family home on Bridge Street. Austin was a talented pupil and after a “distinguished scholastic career” he went on to study Classics at St David’s College. Here too he was an industrious student and he was awarded a number of prizes and scholarships throughout his college career.

During his time at Lampeter Austin did not devote himself entirely to academia but took part in a range of extracurricular activities. He was an active member of the Musical Society and in the spring of 1915 he performed in the college production of the opera Trial by Jury which was staged specifically to raise funds for the war effort. 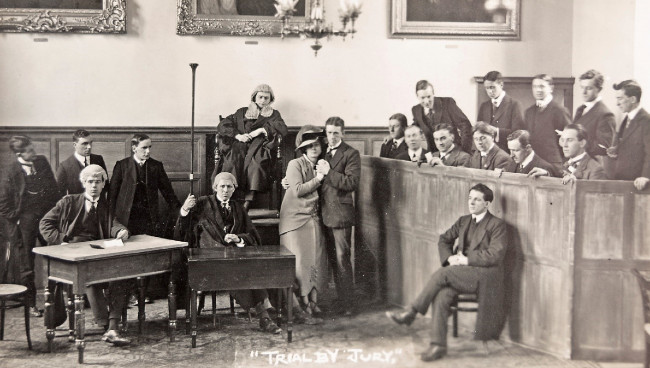 A keen sportsman, Austin played on the wing for the 2nd XV rugby team and at the College sports day of March 1914 he won first prize for ‘Throwing a Cricket Ball’.

Following his graduation with honours in 1915 Austin immediately enlisted in the armed forces. He joined the Royal Marine Light Infantry as a 2nd Lieutenant and was assigned to the Mediterranean Expeditionary Force with the 2nd Royal Marine Battalion. In May 1916 Austin’s battalion was sent to France to support the action on the Western Front. A month later he was posted to 188th Brigade Light Mortar Battery and it was with this unit, at Fricourt, that he participated in the first days of the Battle of the Somme.

Trench mortars were a new and unpredictable weapon and on 3 August 1916 five men from Austin’s brigade were killed in an accidental explosion; Austin was hurt in the incident but  escaped serious injury and was able to re-join his battalion three days later. After a period of illness in the autumn of 1916 and home leave over Christmas, the newly promoted Lieutenant underwent a period of re-training in Calais. Austin returned to active service on 24 July 1917 but was killed in action just two days later at the Battle of Arleux, near Arras. He was twenty-three years old.

Austin is buried at the Naval Trench Cemetery at Gavrelle in France and is commemorated on the St David’s College Roll of Honour, and on the War Memorial at St Mary’s Church, Haverfordwest.

“He joined the forces in June 1915 and was full of ardour for his new duties. He took part in the battle of Fricourt, and of his unit he and one wounded officer and thirty men were all that returned. He had a very arduous time in the trenches, and had many marvellous incidents to relate.

From the Haverfordwest and Milford Haven Telegraph, 1st August 1917