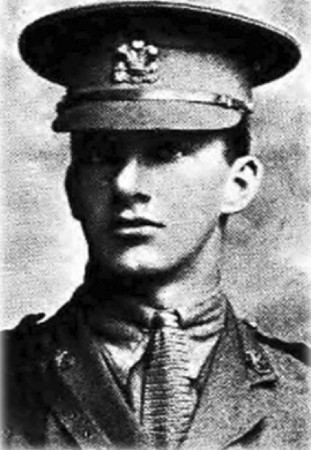 Leonard Glynne Lewis was born in 1894 in Pontypridd where his parents, Daniel and Edith, managed the town workhouse. The eldest of seven, Leonard went to the local Boys Grammar School before boarding at Christ College Brecon. Leonard. Known as ‘Siwel’ to his friends, enrolled at St David’s College in 1912 when he was awarded a scholarship to follow a Classics degree.

Leonard was not just academically able, but a keen and gifted sportsman. He played several different positions for the 1st XV including centre, three-quarter back and fullback, and he was awarded his rugby colours. Leonard also played for the 1st XI cricket team and the hockey team, ran his own football team during the holidays called The Heracleans, and came second in the ¼ mile race on the College sports day of 1914.

Leonard did not complete his degree but joined the University and Public Schools Battalion as soon as war was declared. He was hospitalised several times during his war service. In early 1916 he was sent home for three months with trench foot and later that same year was treated for gas poisoning. In 1917 Leonard received a commission and joined the 18th Battalion Welsh Regiment as a 2nd Lieutenant when it was stationed near Cambrai, readying itself for the forthcoming battle. During the early stages of the Battle of Cambrai Leonard’s actions earned him the Military Cross for gallantry. The citation, which was published in the

“For conspicuous gallantry and devotion to duty. He guided a raiding party to the assembly position, and thence to a gap in the enemy’s wire, a distance of 800 yards. With his sergeant he was the first of his party to enter the enemy Although stunned by a bomb on entering, he led his party forwardwith courage and determination, and with a small group of men continued the clearing of the trench until the time for the withdrawal.”

Leonard was killed five days later during the Battle for Bourlon Wood. He was twenty-three years old.

Leonard is commemorated on the Cambrai War Memorial, at Christ College Brecon, at Pontypridd Boys Grammar School, and on the College Roll of Honour.

In the memorial issue of their School Magazine, former Brecon classmates remembered Leonard as quiet and reserved:

“a gallant and cheerful soul’ [with] ‘a genial and quaint sense of humour that Made him generally popular.”