Jules is an archaeologist, writer and broadcaster, probably best known for presenting Countryfile and Escape to the country.

Jules was born in Colchester in 1970. His father, Cliff, was a mechanical engineer and technical director at E.H. Bentall & Co., a firm producing agricultural machinery. His mother Pam ran a bed and breakfast there for forty years. He believes that ‘growing up in a home where there were lots of different faces from around the world gave me the confidence to engage with people, to talk and listen to them.’ He attended Colchester Boys High School and then Ipswich High School, as a week-day boarder. His interest in archaeology developed early. For his seventh birthday, he sought nothing more than a guided tour of the Roman vaults under Colchester Castle. On leaving school, he started work at The Colchester Archaeological Trust where he realised his passion for Field Archaeology and the science of excavation. 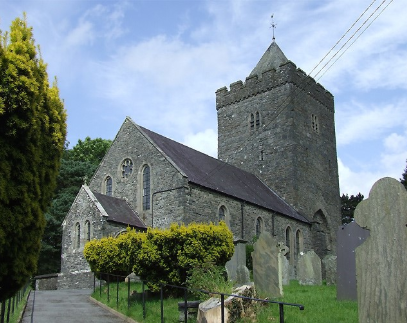 His neighbours eventually persuaded him to apply for university; he came to University of Wales Lampeter to study archaeology. There he lived in Llanddewi Brefi, the village where the ground is said to have risen up under St David, the village which eventually became his home for more than half his life.

Fascinated by military history, in 1993 he was accepted for Officer Training at the Royal Military Academy Sandhurst. However, after his chosen unit, the 3rd Royal Tank Regiment was cut from the army after a Defence Review, he resigned and his life took a different path. (He completed officer training much later in his life; he now serves in the Army Reserve in the Royal Monmouthshire Royal Engineers). Jules’ next destination was Durham University, where he took a Masters in Archaeological Survey and then worked as a geophysicist.

In Durham, he happened to see a film crew on Castle Green, working on an adaptation of Jude the Obscure. He decided to try to break into television, seeing this as an outlet for both his fascination with history and his creativity. He moved to London, working ‘for very little, making tea and sweeping floors. I started from the bottom up as a runner, then junior researcher, researcher and eventually producer.’ His first TV jobs included work for the Discovery Channel and several stints on Channel Four’s Time Team. He was also active behind the scenes on Horizon and in three military history series, presented by the late Professor and Brigadier, Richard Holmes.

Jules’ career as a presenter started with Meridian’s The making of England, followed by Revival, an ITV show about historical re-enactment. Then, in 2007, the head of BBC daytime thought to capitalise on his love of country life and offered the chance to help present Escape to the Country, which proved to be a life changing opportunity he’s always been grateful for. On the show, prospective buyers are shown a series of dream houses, while also experiencing country life and trying their hand at traditional rural crafts and pursuits.

A keen military historian, he’s also presented a number of popular programmes on World War Two – How we won the war, describing the efforts of ordinary men and women on Britain’s Home Front; Dig 1940 examining military archaeology, and Dive WWII telling the story of the Battle of the Atlantic. Defenders of the sky, shown on The History Channel H2, explored ten of Britain’s most important airfields, from the first flight to the nuclear arms race. For over a decade Jules was part of the presenting team on Countryfile and Countryfile Diaries, and has presented a number of programmes on Britain’s built heritage, not least Britain’s Heritage Heroes alongside John Craven.

Jules’ first book, Walled Gardens, was published by the National Trust in 2018 and soon became a bestseller. In it he examined the history, design and cultural heritage of walled kitchen gardens throughout the UK. This has been followed with The Escape to the Country Handbook (2020), also published by the National Trust, which offers practical advice about how and where to live in Britain’s countryside. In addition, he writes articles for a variety of magazines, including a regular column in Welsh Border Life.

Jules now lives on the Welsh Borders with his wife Tania, their son Jack and Labradors Teddy and Iolo. He was president of the Campaign for the Protection of Rural Wales between 2015 and 2018 and he was made an honorary fellow of UWTSD in 2013.