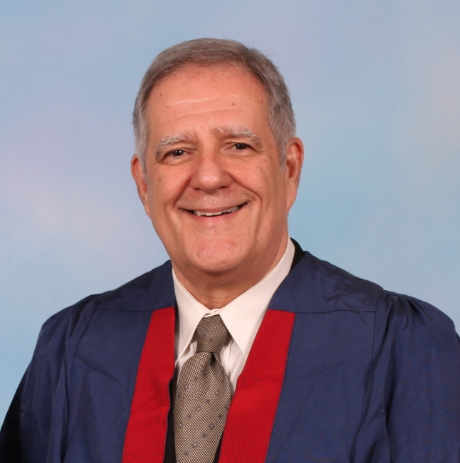 Bob Fonow describes himself as a turnaround manager and corporate troubleshooter; he has been advisor and mentor to executives and government officials in Asia, the Middle East, Europe and the United States.

Fonow comes from Steubenville, Ohio; he attended Steubenville Catholic Central High School. He remembers the vice principal telling him he would always be mediocre; subsequently he was  determined that this would not come true! After leaving school, he entered the US Air Force. He was put into maths and physics programmes; telecoms and data communications were to become his core technical knowledge for much of his career. Fonow was sent to Japan with the Air Force Security Service, before serving in Italy and Britain.

After serving for eight years, Fonow left the Air Force in Suffolk, RAF Bentwaters, in August 1976. He arrived in Lampeter the next day to study modern history as a mature student, financed by the US’ GI Bill, (the ‘new deal for veterans’). His first year was hard, as he had to learn how to study and write in a British university. However, he did well after that, and managed to win a bursary to do an MSc in International Relations at London School of Economics. While Fonow studied, his British wife, Dorothy, worked as a social worker responsible for Lampeter and parts of Ceredigion. Their daughter Nia was born just two months before Bob took his finals. She was followed by a son, Jay.

After leaving LSE, Fonow worked as a Telecommunications Traffic Superintendent with British Telecom International, eventually moving into sales, sales management, and general management. However, in 1993, he founded RGI Ltd, a management consulting firm providing turnarounds, fixes and business transformations for distressed companies around the globe. A turnaround is defined as a management technique or practice that attempts to preserve the value in a troubled company. RGI attempts to resolve the issues, get the failing company back on track, and then return it to its owners. A fix is a short-term assignment to sort out a critical issue. This can be almost any unexpected situation that needs to be dealt with quickly and efficiently. Fonow has learned that the majority of problems arise through either poor decisions by senior management, or chief executives taking out more than they put in.

Fonow’s assignments have taken him to China, Japan, Russia, Switzerland and the Middle East. He considers his greatest professional accomplishment to be his work in Iraq. From 2006 to 2008, he was US State Department Senior Adviser to the Government of Iraq for Telecommunications and Internet Reconstruction. This involved coordinating teams of US, international and Iraqi experts. It was one of the reconstruction successes, still functioning well.

Fonow has also done two stints as technical adviser to the United States Trade and Development Agency in Ramallah, on the West Bank, helping the Palestinians develop their Internet and data systems. While there, he was twice given special access to the Church of the Nativity in Bethlehem and in particular to the crypt, traditionally considered the birthplace of Jesus Christ. This meant he could see the reactions of the people entering this holy place for the first time. He considers it the most extraordinary experience of his life.

Fonow recently returned to the United States after living in Beijing for ten years, where he was a non-executive director of RGI’s Chinese subsidiary, Beijing Mao Rui. In addition to RGI China, Mao Rui also operates Discover Club, an after-school program in the university area of the city. It prepares students for a future that will demand fluency in English, as well as providing a blend of western and Chinese culture and education. The more academic students, who are likely to study abroad, follow a traditional curriculum, but taught in English. For those who are less intellectual, there is greater freedom. It is possible to teach to a student’s own interests; one lad hated English until he learned about Formula 1 racing. Each lesson involves vocabulary and a writing exercise. Fonow still teaches daily online, considering it a duty for business and officials in the later stages of their careers to pass knowledge to following generations.

Despite his travels, he has maintained his interest in Lampeter, commenting that his heart has always remained there. However, by the mid 1990s, it was becoming obvious that Lampeter needed a partner. Fonow was involved in numerous engagements with the Senior Management at Lampeter where he proposed a number of options to support closer collaboration between the University of Wales Lampeter and Trinity College Carmarthen. Initially the scheme for a West Wales university was unfruitful; Trinity saw the scheme as a takeover rather than a merger. Fonow’s ideas influenced  the plan that was eventually used as a merger framework for UWTSD.  In recognition of his work, he was made an honorary fellow of the university in 2012. In his acceptance speech, he talked of what he called Lampeter and Trinity St David values: struggle and self-reliance; openness that all beliefs can be practiced without prejudice; and decency, a quality of kindness, consideration and fairness.