Clifford Lewis Tucker (1912-1993) was an industrialist, magistrate, campaigner for gay rights and benefactor to University of Wales, Lampeter.

Cliff’s place of birth is listed as Redditch in the college registers; his father, Frederick Charles Tucker, was a Baptist minister. Cliff grew up during an era of high unemployment and widespread poverty. He joined the Labour Party early in his life and he retained his respect for the working classes. His hero was Ernest Bevin, who epitomised the values Tucker believed in. Tucker’s childhood also taught him the truth of Oscar Wilde’s saying, ‘Martyrs are those who have to live with saints.’

Tucker was educated at Monmouth School and then at St David’s College, Lampeter, where he graduated with a First in History. He was also awarded the Phillips scholarship in history, worth £25. On leaving Lampeter in 1934, he decided against going straight into the ministry. Two sympathetic letters written to him at this time by Principal Maurice Jones are now in UWTSD’s archives.

In 1936, Tucker joined ICI’s industrial relations team. Ten years later he moved to British Petroleum; he travelled widely in the Middle East and Far East, working on labour relations and staff matters. He then moved to head office; he was manager of industrial relations until his retirement. Although he felt that some in senior leadership were suspicious of his Labour Party membership, he was trusted by both management and the unions. He was a good negotiator and in later life was able to look back on strikes prevented or quickly settled. He also acted for the International Labour Organisation and was a visiting lecturer in British and German universities.

Tucker listed as his recreation, ‘trying to fight poverty and prejudices.’ He was active in local government and successively a councillor in Stepney, St Pancras and Camden. However, he gradually became disillusioned with the Labour Party. By the end of his life, he was almost a-political, although always on the left. He served as a justice of the peace, and was deputy chairman of the Inner London Magistrates Committee between 1978 and 1981. He was also involved in Toynbee Hall and Whitechapel Art Gallery.

With his partner of 35 years, the literary critic A.E. ‘Tony’ Dyson, Tucker was a long-term campaigner for homosexual rights. In particular, he fought for his friend, the openly gay Catholic priest Illtud Evans, to be given a posthumous graduation. Although Evans was academically gifted and had entered St David’s College as a Bates English prizeman, he was expelled for admitting his homosexuality.

Tucker’s obituary in The Lampeter Link comments that he was completed devoted to St David’s University College Lampeter and the imponderable ideals for which it stands. In his forward to the official history of the institution, D.T.W. Price acknowledged the help and encouragement given him by Tucker. In 1994, Tony Dyson planted a tree on the Lampeter campus in Tucker’s memory. Then on Dyson’s death in July 2002, the house in Hampstead he had shared with Tucker was bequeathed to University of Wales Lampeter. The couple are commemorated by a lecture theatre, a scholarship and a poetry fellowship. 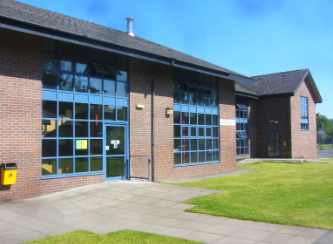