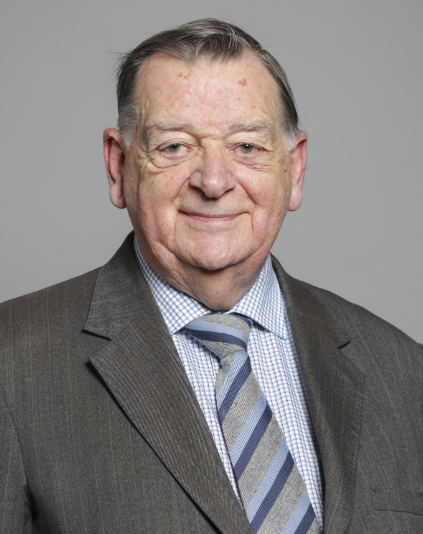 Leslie Griffiths is a working peer, as well as a past president of the Methodist Conference and a former superintendent minister of Wesley’s Chapel, on the edge of the City of London.

Griffiths was born in Burry Port, Carmarthenshire, in 1942. His upbringing was tough. His father Sidney was away on naval duty during the Second World War, and his parents’ marriage ended in divorce. His mother, Olwen, was forced to find employment in the local tinplate factory. The work was heavy, and her health quickly broke down. Olwen was left with only National Assistance to support herself and her two small sons. The family lived in a lean-to-room in a builders’ yard; the boys received free school meals throughout their compulsory education. Griffiths has commented ‘… term-time saw us well fed … I can still taste and smell the mounting panic as … holidays drew near.’ From the age of fifteen, Griffiths worked every summer: as a postman, with the Forestry Commission, helping a wholesale seller of meat products and much, much more.

Despite his family’s reduced circumstances, Griffiths passed the 11-plus exam to attend Llanelli Grammar School, (the only member of his community to do so). Although the family was not religious, Griffiths was sent to a Methodist Sunday School to give his mother time to do some housework. The members of his chapel clubbed together to buy him his school uniform, pay for school outings and supply him with reference books. He says ‘These Methodists became a kind of corporate and surrogate parent.’

Griffiths left school with nine O-levels and three A-levels. His fellow sixth formers included Michael Howard, the future leader of the Conservative Party. Unlike Howard, Griffiths was not put into the Oxbridge Group; his headmaster told him he wouldn’t be able to cope socially. Instead, Griffiths studied at the University of Wales Cardiff, where his friends included Neil Kinnock, who was later to be leader of the Labour Party.  Griffiths graduated with a good degree. After a short time as junior research fellow at Cardiff, he was appointed assistant lecturer in Medieval English at St David’s College. He now describes his time in Lampeter as a blissfully happy period.  He attended St Thomas’, the little Methodist chapel on the market square. He was given the opportunity to preach there regularly, alongside undertaking lay preacher training. His pastoral skills developed; he sensed a call to the ministry. He left Lampeter in 1967 to train for the Methodist ministry at Wesley House Cambridge. At the same time, he took an MA in Theology.  He married Margaret Rhodes, a hospital radiotherapist, in 1969; they went on to have two sons and a daughter.

Griffiths spent most of the 1970s working for the Methodist Church in Haiti and it was there that he was ordained. In 1970, Haiti was still a police state under the notorious dictator, François Duvalier, PapaDoc. Griffiths was responsible for 48 scattered churches. Nearly all the members of his congregations were illiterate and none spoke French, Haiti’s official language. Griffiths learned to speak Créole; he also learned to see the developing world through the eyes of the ordinary people rather than of the political classes. Since his return to the UK in 1980, he has been a leading campaigner for Haiti in the political and the not-for-profit sectors. Griffiths’ PhD thesis, awarded by the School of Oriental and African Studies, University of London, in 1987, was entitled ‘A history of Methodism in Haiti 1817-1916.’

From 1980 onwards, Griffiths worked in several Methodist circuits in and around London. He was President of the Methodist Conference from 1994 to 1995. Then, in 1996, he was appointed superintendent of Wesley’s chapel, ‘the mother church of world Methodism.’ He described himself as the guardian of Wesley’s bones and was responsible for the Museum of Methodism. Alongside this, he was a regular broadcaster for BBC Radio, contributing to Thought for the Day, Prayer for the Day and the Daily Service for Radio 4, as well as Pause for Thought on Radio 2. In 2000, he became an honorary canon of St Paul’s Cathedral. Then, in 2004, Tony Blair appointed him a Labour life peer; he took the title ‘Lord Leslie Griffiths of Pembrey and Burry Port.’  Griffiths described this combination of roles as a ‘royal flush.’

Griffiths finally retired from the active ministry of the Methodist church in 2017. He continues to be active as a working peer. He has been vice chair of the All Party Parliamentary Group on Haiti since 2010 and on Cambodia since 2011. From 2017 to 2020, he was Opposition Spokesman (in the Lords) for Digital, Culture, Media and Sport, and also Shadow Minister for Wales.  Following this, he was elected to part of the delegation from the UK Parliament to the Parliamentary Assembly of the Council of Europe, where he serves on the Migration Committee. He says of the House of Lords, ‘I love it. It’s such a friendly place, and the grand people I’d only previously seen on television turn out to be simple souls and breathing human beings.’

Griffiths has written eight books, including The Aristide Factor (Lion, 1997), a biography of Jean-Bertrand Aristide, Haiti’s first democratically elected president. His own autobiography View from the Edge (Continuum) appeared in 2010.  Griffiths was president of the Boys’ Brigade from 2011 to 2020; he is a trustee of Premier Christian Radio. For the last ten years he has been Chair of the Board of Directors of the Central Foundation Schools of London with responsibilities for two inner city secondary schools – for boys in Islington and for girls in Tower Hamlets. He holds several honorary doctorates and college fellowships. In particular, he became an honorary fellow of the University of Wales Lampeter in 2006 and a fellow of the Learned Society of Wales in 2012.

Griffiths, L. (2020, October 28). I may sit in the House of Lords now, but I know the reality of food poverty. Boris Johnson hasn't got a clue - Seeing Marcus Rashford helping out at a food distribution centre triggered memories of my own childhood – that’s what led me to make my speech in the Lords. The Independent.  Retrieved January 4 2021 from https://infoweb.newsbank.com/resources/doc/nb/news/17E6A6E2A068B8F0?p=UKNB