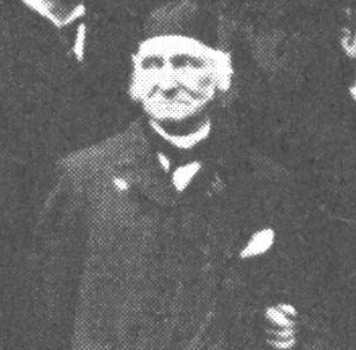 Henry James Prince was born in 1811, the youngest child of a West Indian planter who died soon after his birth. Prince grew up in ‘genteel poverty’ in Bath, looked after primarily by his mother’s lodger and companion, the elderly and wealthy Martha Freeman. Despite the considerable age difference, Prince married Martha in 1834. Initially deciding upon a medical career Prince was apprenticed to a surgeon-apothecary in the city of Wells. He later moved to London, to Guy’s Hospital and the Webb Street Anatomy School, where he completed his training. In 1832 he qualified as L.S.A. (Licentiate of the Society of Apothecaries) and was appointed Resident Medical Officer at the prestigious Bath General Hospital.

However, the influence of Martha, a devout Christian, combined with a growing Evangelical fervour in his own religious life, determined Prince to abandon medicine for the ordained ministry of the Established Church. In March, 1836 he was admitted to St David’s College, where he proved to be an above-average student, who soon established himself as the leader of a group known as “The Lampeter Brethren”.

In 1840 he was ordained by the Bishop of Bath & Wells for the rural parish of Charlinch (or Charlynch) near Bridgwater in Somerset. However, Prince soon divided the parish by announcing that only the righteous, who tended to be female and attractive, could be admitted into the church, creating what subsequently became known as “The Charlynch Revival”.

Following his dismissal from his curacy by the Bishop, Prince moved onto the parish of Stoke-by-Clare, Suffolk, with similar dramatic results. Disgusted with the Church of England, Prince seceded, and removed to Brighton, where he set up the Adullam Chapel, quickly establishing himself as a fashionable preacher. He then relocated to the Assembly Rooms of the Royal Hotel, Weymouth, where he declared himself to be the Revelation of God on earth.

In 1842 Martha died and Prince created a scandal by marrying again, just a few months later. His second wife, Julia was a rector’s sister, of independent means. In 1846, financed by his adoring, and largely female followers, Prince built “Agapemone”, an “Abode of Love”, on a 200-acre site at Spaxton, close to Charlych. Here the community, which consisted mainly of wealthy unmarried women, followed a religious life based on the theories of various German spiritual mystics and awaited the Second Coming. They continued to generate rumour however. A report in the Illustrated London News announced that, "They have converted the chapel into a banqueting-house, and substitute feasting and enjoyment for privation and prayer", yet worse was to come. One aspect of Prince’s “divine sovereignty” was the “Great Manifestation”, when Prince, known as ‘Beloved’, selected a suitable young virgin from among the Agapemonites, and “took her flesh with the power and authority of the Holy Ghost”, on a couch set up before the Holy Table in the chapel, and before the assembled congregation.

In 1857, believing himself to be the Holy Spirit of God, Prince wrote The Little Book Open, in which he declared,

“This one man, myself, has Jesus Christ selected and appointed His witness to His counsel and purpose, to conclude the day of grace and to introduce the day of judgement, to close the dispensation of the spirit, and to enter into covenant with the FLESH.”

Despite his claim to be the Messiah, Prince died in 1899, and was buried, it is believed standing upright, within the walls of Agapemone. His legacy continued however, with the remnants of the Agapemonites lingering on until the 1960’s.