Alexander William (Wilhelm) Schapira, a Russian Jew, was born 1847 in Stephan, the son of Ichil Moses Schapira, a Hebrew teacher and Dora Kritschilsky.

In c.1868 he converted to Christianity and was baptised in Kishinev. He fled to Britain to escape persecution and entered St David’s College on 4th October 1872. The Tutors Register records that he was “a converted Jew. Educated as a Rabbi. Clever and indefatigable, found great difficulty in acquiring Classics and passing examinations. After 7 terms accepted by the Church Missionary Society and left the College”.

In 1876 as part of the Church Missionary Society Schapira travelled to Sierra Leone where he was ordained deacon. He combined missionary work with the role of Professor of Hebrew and theology at the Fourah Bay College, Freetown. The College was founded by the Church Missionary Society in 1827, originally intended as an Anglican Missionary School to train teachers, after affiliating with Durham University in 1876, it became a degree granting institution, closely following Durham’s curriculum.  As an all-inclusive institution for higher learning, any student of good character who passed the matriculation examination could attend. The Church Missionary Society also provided two scholarships and paid for those students who wished to continue their studies in theology. 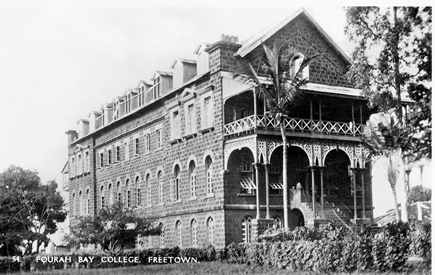 Two years later in 1878, having returned to Britain and married Theresa Elvina, Schapira was ordained in London and became a naturalised British subject. He and his family moved to Gaza where he continued his missionary work with the Church Missionary Society. The Society had recently taken responsibility for four schools, teaching between 250-300 children, and Schapira further extended the society’s educational role by opening a popular reading room, which attracted the higher class Muslims. In 1882 a dispensary was opened, and with the gift from the late Rev. John Venn of Hereford, former Chief Secretary of the Church Missionary Society, and a fund was raised to establish a permanent medical mission. In 1879 Schapira made the newspaper headlines when he prevented the destruction of an important archaeological discovery. Natives quarrying for stone discovered a fifteen-foot statue of a Philistine God which they had partly destroyed before he intervened, persuading the Turkish authorities to mount a guard over it to prevent its complete destruction.

In 1884 Schapira returned to London where he worked as a curate at St Mark, Whitechapel. The 1851 census records that the parish had the highest percentage of Irish and foreign-born residents, mainly from Germany, Holland, Poland and Prussia. Those residents not in seasonal employment worked primarily in tailoring and dress-making, attracting a large number of Jewish men to the area. Schapira was one of four Jewish converts working in the Parish. In 1890 he and his family moved again, this time to Haifa where he held the post of Bishop’s Missioner until 1895. Following a second spell working in the East End, and as a missionary clergyman with the East London Church Fund, the Schapira family moved for the last time to New South Wales. There between 1898 and 1914 Schapira held the posts of curate in Scotsdale, rector of Cullenswood, parish priest of George Town, curate at Woollahra and finally minister for Lord Howe Island. He died on 14th October 1915 and is buried in Waverley Cemetery, Sydney.