John Roberts was born at Llewerllyd Farm, Dyserth, on March 31st, 1853 to Robert and Elinor.  He was educated at Rhuthun Grammar School and at St David’s College, Lampeter (affiliated with Oxford University at the time). He graduated with a BA and was ordained a deacon in 1878 at Lichfield Cathedral by Reverend George Augustus Selwyn.  He served as curate for a short time at Dawley Magna in Shropshire but left later that same year for the Bahama Islands.

Roberts was ordained a priest by the Right Reverend Francis Cramer Roberts at Nassau, became chaplain of St Matthew's Cathedral, and ministered to the leper colonies. During this time, he met cathedral organist Laura Alice Brown, who would later become his wife. 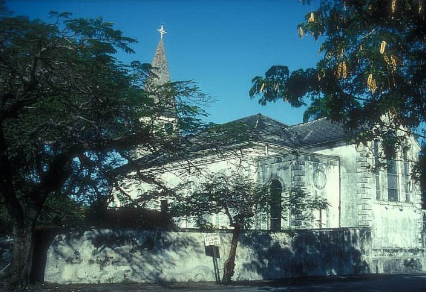 Although this work was hard, he wasn’t satisfied. The people of the islands were mostly Christians, and he wanted to be where there were no believers.  In 1880, Roberts set out for New York and applied for his first preference of priestly work: ministering to Native Americans.  While in New York, he met Bishop John Franklin Spalding (1828-1902), missionary Bishop of Wyoming and Colorado. Roberts requested just one thing of Spalding – to be sent for “missionary work in your most difficult field”.

Bishop Spalding first sent Roberts to Greeley, Colorado; then to Pueblo to minister to coal miners and to gain some practical experience. He became Rector of Trinity Church, Pueblo, and established Trinity Mission in South Pueblo in 1882; where he assisted working in the hospital during a smallpox epidemic.

In February 1883, Spalding released him to serve at the Fort Washakie outpost, where the Shoshone and Bannock Indian Agency on the Shoshone Indian Reservation (later known as the Wind River Indian Reservation) was located.  Roberts’ trip there was a memorable one. He took the train to Green River and then travelled the last 150 miles by stagecoach.  This journey came in the middle of a blizzard, with temperatures nearing 60 degrees below zero. A trip that should have taken 36 hours ended up taking eight days, but he finally arrived at his new home on February 10, 1883.

Shortly after arriving, Roberts wrote a letter to Laura Brown stating that under no circumstances was she to follow him out to Wyoming.  From a wealthy family in Nassau and used to servants and private tutors, he was convinced she would not survive the atrocious winters and primitive living conditions. She wrote back and said she was coming - and to meet her there!  Just nineteen years old, and having not seen each other for three years, she travelled over 5,000 miles and arrived Christmas Day morning, 1884.  They were married that afternoon in what was the first wedding to be held at the new St. Thomas Episcopal Church.

The two tribes of Native Americans on the reservation where Roberts served were poor and lived simply. The Shoshones were Mountain Indians, and the Arapahoe, who lived about 20 miles from Fort Washakie, were Plains Indians. Neither were friendly towards the other.

Roberts gradually gained their confidence, learning both Shoshone and Arapahoe languages and recording their vocabulary.  Unlike many other missionaries, Roberts respected the people and encouraged them to retain their native culture; while at the same time, helped them to adjust to the world developing around them. His respect was evident in his personal life  – his surviving children Eleanor, Gwen, Marion, Gladys and Edward (their firstborn, a boy, died shortly after birth) grew up on the reservation, were fluent in the native tongues and educated alongside the indigenous children.

In April 1884, Roberts was given the honour of officiating at Sacajawea’s funeral, the famous translator and guide for the Lewis and Clark Expedition of 1803-1806.  In 1887, tribal leader Chief Washakie gave Roberts 160 acres of land to build a mission school and house. Roberts set about fundraising for the work, and the boys were taught how to make furniture for the new buildings. Completed in 1890, the house was big enough to allow Shoshone and Arapahoe girls to safely board there. The Shoshone Episcopal Mission School served its community until 1945.  A beloved historical monument in Wyoming, the school was sadly lost to fire in 2016. 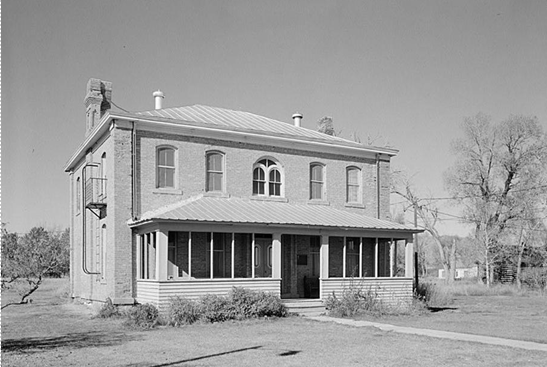 Chief Washakie died in 1900, and Roberts officiated at the funeral.  It was a time of both grief and rejoicing; as Washakie had converted to Christianity three years earlier at age 97 and spent his final years fully supportive of Roberts work.

In addition to his service among the Native Americans, Roberts organized congregations in Lander, Dubois, Crowheart, Riverton, Thermopolis, Milford, Hudson and Shoshoni.  All but the latter three are still active congregations.

John Roberts was honoured for his pioneering ministry and untiring efforts in teaching and understanding ‘his’ Native Americans. In 1932, he was awarded a Doctorate of Law in Wyoming, and a Doctorate of Divinity at Evanston, IL.  In 1933, the flag of Wyoming was presented to the great choir of the National Cathedral in Washington in honour of both Reverend and Mrs. Roberts.  He is also appropriated a feast day in the liturgical calendar of the Episcopal Church (USA) on 25 February.

Roberts ministered in Wyoming for 66 years. He died January 22, 1949 and was buried in Mount Hope Cemetery in Lander.  After his death, his daughter Eleanor collated and recorded her father’s journals and sermons.  These provided the foundation for a book about Roberts life entitled Walk Softly, This is God’s Country, published in 1997.

John, H. (2009). Dyserth—John Roberts. A Welshman Amongst the Indians in Wyoming. Retrieved from https://www.dyserth.com/johnroberts.html