Maldwyn Lloyd Jones (1917-2014) was an Anglican clergyman, missionary in South America and naval chaplain. Some of his doings resembled adventures from The boys’ own paper.

Maldwyn was born in Fochriw, near Merthyr Tydfil. His family was close-knit and relatively secure financially. His father was an under manager in the coal fields. In 1925 the family moved to Banwen in the Neath Valley. Maldwyn was educated at Neath Grammar School and then St David’s College Lampeter. Maldwyn had a lasting affection for Lampeter. He was a founder member and Vice President of the Lampeter Society; at the time of his death, he was believed to be its oldest member.

Maldyn was ordained deacon in 1940 and priest in 1941. His first clerical post was at Gorseinon, on the outskirts of Swansea. There he learned the importance of pastoral visiting. After this, he became chaplain and mathematics teacher at Kingham boarding school, in the diocese of Oxford.

His next move took him to South America. As he was a gifted linguist, the Society for the Propagation of the Gospel recruited him to serve there. He became chaplain to the British embassy in Brazil, conscientiously serving the wider expatriate community. He was chaplain of All Saints Church Nichteroy from 1946 to 1948 and headmaster of St Paul’s School, Sao Paulo, from 1948 to 1950. 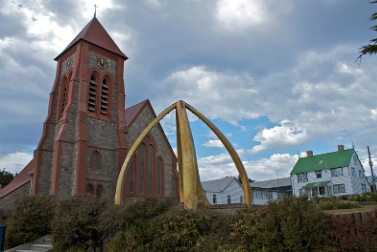 His next posting was to the Falkland Islands. At that time the Falkland Islands had been added to the huge Anglican diocese covering the whole of Argentina together with Eastern South America. The bishop, another Lampeter graduate Right Revd. Daniel Ivor Evans, was theoretically Dean of Stanley. However, he needed a clergyman actually living on the Falklands to look after the islands. Maldwyn was responsible for the whole archipelago. He took temporary charge of the cathedral, supported the Governor and visited his scattered community, using horseback as his means of transport.

In 1952 Maldwyn achieved his long-standing ambition of joining the Royal Navy. He worked as a naval chaplain until 1968. His aptitudes were particularly suited to naval life – a pastoral concern for everyone, a liking for order, an enjoyment of the etiquette of rank and an ability to entertain. He served on HMS Newcastle during the bombardment of North Korea. There he developed a disciplined regime of celebrating holy communion at 7 am; there was also a short Bible reading and prayer session at 12.25 pm. All these were announced on the ship’s tanoy. Compline happened at 9.15 pm. He tried to know each of the 850 crew by their Christian names, and particularly sought out the sad and bereaved. He also served aboard HMS Tiger, his happiest ship. 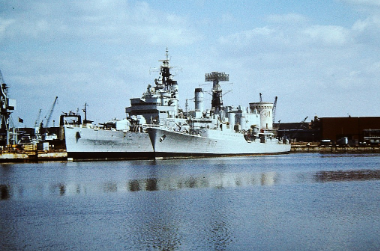 Maldwyn witnessed the trials of atomic bombs, doing lasting damage to his eyesight. He preached to British and American sailors in a crowded Honolulu Cathedral. He trained as a commando padre in the Royal Marines, earning the famous green beret. He was active in the Suez invasion, where he tended the fatally wounded on the beach. Eventually the navy made him responsible for training new chaplains.

After leaving the Royal Navy, Maldwyn went back into education. He was chaplain of Shattuck Military School, at Faribault in Minnesota, from 1968 to 1970. He then trained to teach English as a foreign language. On returning to Britain, he worked at Wandsworth College of Further Education.

Maldwyn never married. After retirement from full-time ministry in 1972, he had a General Licence from the Diocese of Bangor from 1972 to 1982. After this he lived for some years in Tirley, near Tewkesbury. He died on 27 December 2014 at the Langland Bay Care Home, Swansea. His funeral took place at Llwydcoed Crematorium; appropriately, another Lampeter graduate, Revd. Bill Fillery officiated at the service.