Alwyn Rice Jones (1934-2007) was archbishop of Wales for eight years in the 1990s. During this time, he steered the Church in Wales through a period of radical change.

Jones was very much a man of North Wales. He was born in Capel Curig in the heart of Snowdonia into a Welsh-speaking community, and Welsh remained Jones’s first language. Sadly, by the time he was fourteen, both his parents, John and Annie, were dead.

Jones attended Llanrwst Grammar School and then won a scholarship to read Welsh at St David’s College, Lampeter. He graduated in 1955. Following this, he went on to Fitzwilliam House, Cambridge, to study theology. He achieved a BA in 1957 and an MA in 1961. He trained for the priesthood at St Michael’s College, Llandaff, and was ordained deacon in 1958 and priest in 1959.

His first clerical post was as assistant curate at Llanfairisgaer in Caernarfonshire, on the shore of the Menai Strait. He worked there from 1958 to 1962. After this, he became secretary for the Student Christian Movement and SCM in Schools. In 1965, his mentor, Bishop Gwilym Williams, appointed him director of education for the diocese of Bangor. Williams also made Jones his youth chaplain, warden of ordinands, examining chaplain and honorary chaplain of Bangor Cathedral.

In addition to these roles, Jones was an assistant tutor in religious education at the University of Wales Bangor and a religious adviser to the Welsh committee of the Independent Broadcasting Committee.  Later, in 1991, he became chair of the Religious Advisory Channel of S4C, the Welsh language channel.

Jones married Meriel Thomas in 1968 and the couple had a daughter named Nia.

In 1975, Jones moved back to parish ministry, becoming vicar of Porthmadog. This gave him a chance to sharpen his pastoral skills as a jobbing clergyman. However, it was clear that he was destined for promotion.  After four years at Porthmadog, he was appointed dean of Brecon Cathedral. Together with Bishop Benjamin Vaughan, he worked hard to raise the profile of the cathedral and establish it as a place of prayer and pilgrimage.

In 1982, Jones was appointed Bishop of St Asaph. In addition to this, he was Archbishop of Wales from 1991 until his retirement in 1999.  In this role, he attended two Lambeth conferences. At the 1998 conference, he hosted a Welsh cultural evening, persuading each Welsh bishop, including the future Archbishop of Canterbury Rowan Williams, to entertain the assembled company either by singing or telling jokes.

Jones additionally represented his church at the World Council of Churches assembly in Canberra in 1991 and served as president of the Churches Council for Britain and Ireland from 1997-2000.  A theological liberal, he was a committed ecumenist and advocate for social justice. He criticized the bombing of Kosovo and strongly supported the creation of a national assembly for Wales.

At times, he could be controversial.  A year after the death of Diana, Princess of Wales, he told his clergy that he considered too much had been made of her status. He was content for individual clergy to decide whether prayers should be said in churches to mark the anniversary of her passing. In 1997, he called for an end to the law requiring schools to include prayer and worship in daily assemblies. He felt assembles were not effective and that children did not necessarily understand or appreciate them.

Jones was a gifted pastor and deeply loyal to his parishioners, bishops and fellow clergy. Because of this, he was able to introduce considerable change. The clergy of the Church in Wales governing body blocked the ordination of women to the priesthood in 1994. However, Jones, a strong supporter of women clergy, managed to resurrect the measure. When the ordination of women was eventually approved in 1996, it was backed by all six bishops and 68 per cent of the clergy. Unlike England, no clergy left the Church in Wales over the issue; due, in no small measure, to Jones’s graciousness towards his opponents. Jones also guided through the legislation allowing the remarriage of divorcees in church, ending years of uncertainty.

Jones remained in St Asaph after his retirement. He died suddenly on 12 August 2007. His successor as Archbishop of Wales, Dr Rowan Williams, commented ‘Alwyn Rice Jones led the Church in Wales with courage and warmth and vision through some challenging years. I think all would agree he was one of the most entirely loveable of church leaders.’ 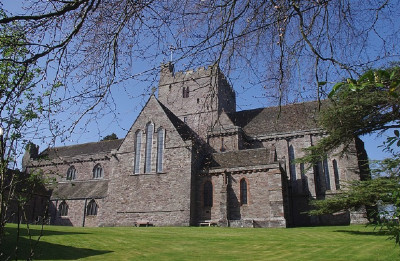 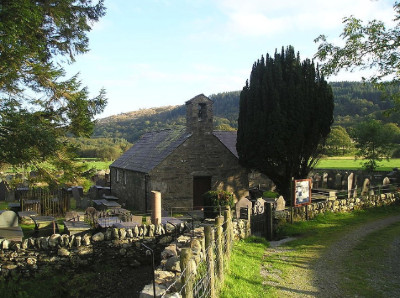