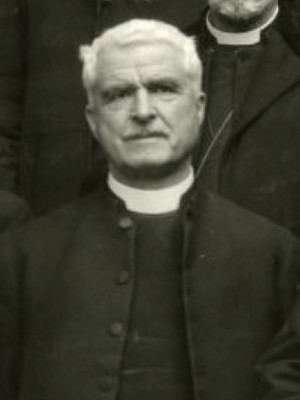 “A man of Celtic fire and a human dynamo of energy”

David Williams’s early life is an example of determination in the face of adversity. He was born in the small parish of Silian, near Lampeter in 1859 and attended the local Welsh speaking primary school. However, following the early death of his father Williams was apprenticed to a shoemaker, and by seventeen years of age was supporting his mother and sisters. His father had been an educated man and Williams inherited his love of knowledge, teaching himself English, Latin and Greek. When he helped to organise a Welsh Sunday School at Lampeter he came to the attention of the rector, and with his encouragement attended Lampeter grammar school for three months in preparation for the entrance exam for St David’s College. He successfully passed, winning himself an Exhibition (scholarship) and successive prizes throughout his years at the college, leaving in 1883 with a second in classics. He continued to Oxford attaining a BA in 1890 and completing his MA in 1901. He was ordained by the Bishop of Bangor in 1885 and took up the position of curate at Ffestiniog.

However, the course of Williams’s life changed drastically when he was informed by his doctor that his lungs would not withstand the Welsh climate. Seeing an advertisement for a job as Professor at Huron College, Williams left for Canada in 1887. For the next five years he taught at the college and acted as curate of St John’s Chapter House (1887-1888) and St Paul’s Cathedral (1888-1892), demonstrating the energy and commitment that would be later recognised by the Church authorities. It was during this period that he met and married Alberta Eliza with whom he had six children.

In 1892 Williams became rector of St. James’ Church, Stratford and worked as a parish priest for the next thirteen years. He was appointed Archdeacon of Perth in 1903 and one year later, following the death of Bishop Baldwin, became the Bishop of Huron, a province four times the size of Wales. Williams was to prove himself to be independent and forceful, a skilled administrator and statesman with a genius for finance. He played a pivotal role in the revision of the Book of Common Prayer, adapting it to meet the changing conditions of Canadian life, and it has been claimed that no other man could have achieved such a difficult task. He also presided over the sittings and guided the deliberations of the Hymnal Committee appointed to compile a Hymn Book for the Church of England in Canada. He sat as chairman of the Executive Committee of the Missionary Board of the Church for sixteen years, and also as chairman of the Executive Committee of the Anglican Forward Movement. The Forward Movement whilst recognising the close links to the Church of England, strove to make the Church of England in Canada less dependent on the resources and traditions of the home church, and this achievement has been cited as Williams greatest task.

In the 1920s Williams was asked to consider returning to Wales to take up the appointment of Bishop of Bangor, a position he declined owing to his love for his adopted country and church. In 1926 he was appointed as the first Archbishop of Huron and the third Metropolitan of Ontario.

He died suddenly on 7th October 1931 after returning from a confirmation tour, but was remembered by his old college who printed a moving obituary in the college magazine.

Research carried out by Elizabeth Cawdell.

A Family History held in the university archives