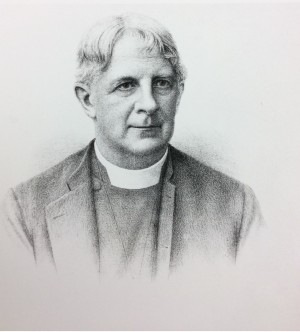 Francis John Jayne (1845-1921) was the second principal of St David’s College and then became the longest-serving bishop of Chester in the history of the diocese.

Jayne was born in Llanelli, the eldest son of John Jayne, a colliery owner, and his second wife, Elisabeth Haines. He was educated at Rugby School and then at Wadham College, Oxford, where he rowed in the college boat. He also did well academically, achieving a triple first in Mods, Greats, and Jurisprudence and Modern History. In addition, he won the Senior Hall Houghton prize for the study of the Greek New Testament. He became a fellow of Jesus College, Oxford, in 1868; he also lectured in modern history there between 1871 and 1879. Jayne was ordained in 1870; alongside his academic work, he ministered at St Clement’s Church, in a working-class area of the city. However, he resigned his curacy the next year when he was appointed to a tutorship at the newly founded Keble College. He married Emily Sarah Garland in 1872; the couple went on to have six sons and three daughters. His acquaintances at this time remembered him as ‘a handsome, athletic man, with hair falling oddly over his brow, and a thoughtful, not to say reserved appearance.’

Jayne was appointed second principal of St David’s College Lampeter in 1879. Price comments that he must have presented an unbelievable contrast with his elderly predecessor, Llewelyn Lewellin, who had died in post. Jayne’s years in Lampeter were said to have been the greatest success of his life and he is remembered as the college’s second founder. Unlike Lewellin, he was reluctant to take on wider clerical responsibilities and he threw his enormous energy in building up the college in every respect. At the time of his arrival, it had only sixty students; when he left seven years later, their number had doubled to over one hundred and twenty. During that time, new statutes were introduced and affiliation to Oxford and Cambridge was achieved. A two-year course for the licence in divinity was introduced. In 1884 the St David’s College School was opened in Lampeter; one of its aims was to prepare boys for entrance to the College itself.

As the number of students increased, the existing buildings became too small. The Canterbury Building was opened on 24 June 1887; it contained two lecture rooms, a physics laboratory, 21 double sets of rooms, a bathroom and offices. 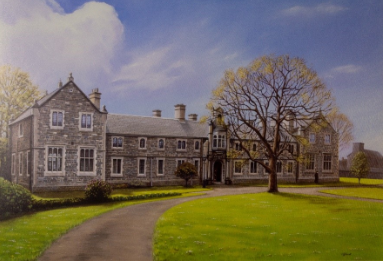 The college chapel was rebuilt, with the floor lowered and a north aisle added. Jayne was sometimes criticized for his autocratic control of Lampeter’s staff, but the academics he appointed included scholars as distinguished as T.F. Tout and Hastings Rashdall. He was friendly towards the students; on Sunday afternoons, he used to go for long walks with freshmen. He appears not to have attempted to learn Welsh; it was said of him ‘Yet never a word of Welsh knows he, more than his Grace of Canterburie.’

Jayne failed to follow up the recommendations of the Aberdare Commission, recommending the establishment of a federal university of Wales. However, some years later, he moved a resolution in the House of Lords ‘that it was desirable that the assent of Her Majesty be withheld from the Draft Charter of the University of Wales until such portions of the Charter be omitted as prevent the inclusion of St David’s College, Lampeter, as a constituent College of the University of Wales.’ Although the House of Lords carried the resolution, the government ignored it.

In 1886 Jayne was appointed Vicar of Leeds, an important role and one which was often a sign of greater things to come. In his short time there, he started special monthly services for men and built a club house for athletics in the Parish Church Recreation Club. He was also able to stabilize the parish’s finances, although many of the wealthier inhabitants were departing for the suburbs.

However, after only two years, Jayne was nominated as bishop of Chester. At the time of his consecration on 24 February 1889, he was the youngest bishop in the Church of England. Interestingly, his wife’s sister’s husband, Revd. A.G. Edwards, became Bishop of the neighbouring diocese of St Asaph in the same year.

Jayne spent the rest of his career in Chester. He was little known outside his own diocese and his main strength lay in administration. He knew his see well and was well-known in it; he ran it with vigour and discretion. His sermons were thoughtful and interesting, rather than eloquent. Jayne loved peaceful work and disliked ostentation. His own churchmanship was moderate and it was said that his diocese was perhaps the most peaceful and orderly in England. Sometimes it was alleged that he appointed safe and hard-working clergy, rather than men of originality and breadth of view.

Jayne was best-known for his interest in temperance. One of his ambitions was to keep a public house, believing that the best way to reduce drunkenness was to reform and improve public houses. He was an advocate of the Göteborg system favoured by Joseph Chamberlain and he founded the People’s Refreshment House Association Limited. Eventually the association owned 130 inns and hotels.

Jayne rarely took a holiday. Eventually he broke down through overwork; he resigned his see in April 1919. Sadly, his health did not recover; he died at his home The Quarry, Oswestry on 23 August 1921. He was buried at Bowden in Cheshire. His obituary in The Manchester Guardian commented ‘Simple, gentle, energetic, and unassuming, a sound scholar and a man of business, he represented a type of ecclesiastic which has been one of the chief glories of the Church of England.’