Judith Karen "Judy" French (born 18 November 1960 in Portsmouth) is a British Anglican priest. She has been the Archdeacon of Dorchester in the Diocese of Oxford since 2014.

French was aged three when her parents and 18-month-old brother moved to Kenya for her father’s job as a telecoms engineer.  After an idyllic childhood spent exploring game parks and beautiful beaches, French attended public school in Bournemouth.  At the age of fourteen she was confirmed at her ‘home’ church in Portsmouth and on finishing school she moved there and gained a Business Studies Diploma before starting her working life as an accounts clerk at an insurance firm.  She started to attend the church, and became fully involved in its life and worship, becoming the youngest member of the Parochial Church Council at the age of nineteen. In her early twenties, French sensed a calling to ordained ministry in the Church of England. After passing her History A-level through taking evening classes, she was encouraged by the Church to apply for a place at university as a mature student. She spent three years studying Theology at St David’s College, Lampeter and singing regularly in the College Chapel Choir. French recalls this time as a key turning point in her vocational journey: “All through university I was battling with whether God was calling me to ordination or whether it was a daft idea. One day, I was sitting in the college chapel and decided I’d had enough. I asked God to give me a sign in the next ten minutes whether he was calling me into ministry or not. Five minutes later, the chaplain came in, said she had to go out and would I take Morning Prayer for her. Well, that was it.”

After graduating from Lampeter in 1989, she trained for ordination at St Stephen's House, Oxford and began her ministerial duties as a parish deacon in the Diocese of Portsmouth (1991–1994). French had the privilege of being part of a historic moment when she was one of the youngest of thirty-seven women who were among the first to be ordained priests in the Church of England in Coventry Cathedral in 1994. 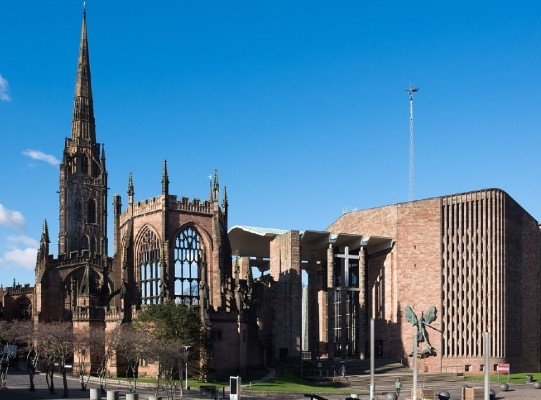 After ordination, she served as an assistant curate in the Diocese of Coventry (1994–1997), and then as a Vicar in the diocese of Oxford from 1997 until 2014. She also served as Area Dean of Chipping Norton (2007–2012). In 2012 she was made an Honorary Canon of Christ Church Cathedral, Oxford, and on 19th June 2014, was collated as Archdeacon of Dorchester during a service at Christ Church Cathedral, a role in which she still serves today. French’s duties are varied and include presenting ordination candidates to the bishop, inducting and installing ministers, conducting visitations of the parishes, supporting churchwardens in their office, pastoral care of clergy and provision of clergy housing, handling complaints and questions, and visiting the three hundred and twenty-six churches in the Dorchester Archdeaconry.  French says of her work: “For me, the work of an archdeacon focuses on service and offering support and encouragement to our churches, clergy and people. The focus on service in this role continues to be a strong theme and it is a delight to be working alongside so many talented people.”

Church of England. (n.d.). Archdeacon › The Glossary: Church of England Companion. Retrieved 5 May 2020, from https://www.churchofengland.org/terms-and-conditions/glossary

Duckles, J. (2014, April 10). God in the life of Judy French. Diocese of Oxford. Retrieved from https://www.oxford.anglican.org/god-life-judy-french/