As the founder of Cambridgeshire village colleges, Henry Morris (1889-1961) was one of the great pioneers of community education.

Morris was the seventh of the eight children of William Morris, a journeyman plumber, and his wife, Mary Ellen Mullin. He came from Southport. His mother died when he was twelve. When Morris was fourteen, he left school to become an office boy on the Southport Visiter. However, between 1906 and 1910 he took evening classes at the Harris Institute, Preston. Later in life, he was embarrassed about his lowly origins.

Aged twenty-one, Morris entered St David’s College, Lampeter, hoping to train as a priest.  This was during a tempestuous time for the Anglican church in Wales. In May 1912, a petition against the disestablishment of the Welsh church was circulating around the college as well as the town of Lampeter. Morris wrote anonymously to the press, complaining that students had been forced to sign it. The college principal, Llewellyn Bebb, expressed his annoyance and the students held a meeting to try to find who the letter writer had been. Two students, one of them Morris, spoke of the need for freedom of opinion; they were chased out of the meeting as far as the house of Professor Tyrrell Green. Morris took out a summons against six students for assault. He wrote twice more to the press, describing the college as ‘a breeding ground for the worst type of ecclesiastical bigotry.’ In the event, the magistrates dropped all the charges of assault.

Morris left Lampeter with a second class in theology moderations, and went on to Exeter College, Oxford, in 1912. During the First World War, he did military service in the Royal Army Service Corps, spending time in France and Italy. On his return home, he gained an upper second in moral sciences at King’s College, Cambridge.

Morris’ first post after graduating was as assistant education secretary in Kent. However, he quickly moved to Cambridgeshire; once there he was soon promoted to become county education secretary. His first achievement was an agreed religious syllabus for the county schools. He followed this with a vigorous and inspirational campaign for village colleges. In 1924, he issued a pamphlet entitled, ‘The village college. Being a memorandum on the provision of educational and social facilities for the countryside, with special reference to Cambridgeshire.’ At this time, agricultural areas were becoming increasingly depopulated and economically deprived. Most Cambridgeshire children were educated in all-age schools and left to start work at the age of fourteen. In the smallest schools, three to fourteen-year olds were taught by one teacher in one room.

Morris’ idea was to make the rural school a centre of regional culture and a focus for educational, cultural and social activity. Rural areas should offer amenities at least as attractive as those of cities. Schools would be at the centre of local life and accessible to all ages. One school would be shared by several villages; this centralized building would be used by adults as well as children. It would contain workshops, a library, a gymnasium and a hall that could be used to stage plays or concerts. Morris suggested that ten such schools be built. In 1930 the first village college opened in Sawston. 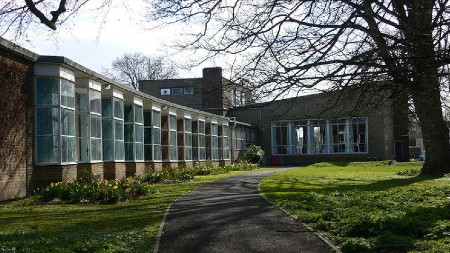 While he was studying at Oxford, Morris had been inspired by the city’s fine architecture; he strongly believed in the educational importance of an aesthetically pleasing environment. Indeed, he commissioned Walter Gropius and his English collaborator Maxwell Fry to design the Impington Village College. The building, erected in 1938, became an exemplar of humanist modernism and the outstanding example of Gropius’ work in the United Kingdom. Pevsner described it as one of the best buildings of its date in Britain. Other village colleges included Bottisham, Linton and Bassingbourn. Furthermore, Morris was able to inspire rising local education authority staff, who took his ideas with them when they moved to other counties. R.A. Butler, president of the Board of Education from 1941 to 1945, admired Morris’ achievements and he was made a CBE in the 1942 birthday honours.

Eventually Morris acquired a national reputation. After the Second World War, he advised the Colonial Office on the provision of further education in West Africa. From 1947 the Ministry of Town and Country Planning seconded him to advise on social and cultural provision for the new towns. Morris was convinced that artists were vital for the well-being of society. He was concerned that they tended to be solitary, and that they were hampered by the rising cost of studios and the difficulty of bringing their work to public notice. One of his great achievements was the establishment of the Digswell community of artists and craftspeople. He was able to persuade the government and the Welwyn Garden City Development Corporation to establish a trust for professional artists. The trust’s first home was Digswell House, a regency mansion on the edge of Welwyn Garden City. The development corporation restored the house to create artists’ accommodation, studios and workshops, and then leased it to the Digswell Trust at a low rent. Some of the artists who worked there became internationally famous; they included the studio potter Hans Coper, the etcher John Brunsden, and the sculptor John Mills.

‘tall, with a long pale face and wild blue eyes. His hair was mousy, sparse and straight – there was always one long wisp hanging out at the back. He had a beautiful voice, and, as many testify, he was unpredictable in his moods, but never dull.’

Morris could be difficult to work with, yet he inspired great loyalty from his close friends. He accomplished his purposes with passionate energy, brushing aside opposition and seeing the job through. During his lifetime, acquaintances were generally unaware that he was gay, although friends knew of his sexual passions and frustrations. 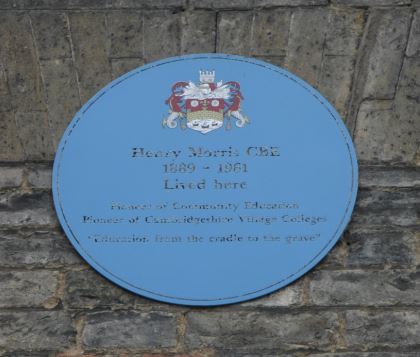 His health failing, Morris retired from the Ministry of Town and Country Planning at the end of 1960. He died from a combination of pneumonia and Parkinson’s disease on 10 December 1961 at Hill End Hospital, St Albans. Those attending his cremation at Golders Green crematorium included Henry Moore and J.B. Priestley.

Digswell Arts. (2020). History. Working for artists in Hertfordshire for over 60 years. Retrieved May 11 2020, from https://digswellarts.org/history/