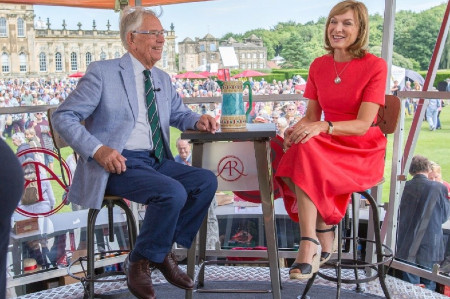 Bruce Rodney Wingate Parker has had a long and successful career as a journalist and television presenter.

Born in Llandudno in 1941, Parker spent his childhood in Guernsey and was educated at Elizabeth College, an independent boy’s school founded in 1563 by Elizabeth I. He returned to Wales in 1960 to take his degree in English at St David’s College. His time at Lampeter, which was as busy as his later career, saw the beginnings of his journalistic profession. As a teenager Parker had written for the local Guernsey newspaper, but at St David’s he took on the editorship of the college magazine, the Gownsman. This he combined with writing pieces for the Western Mail and the South Wales Eco, whilst also covering student news in Wales for The Times and The Times Educational Supplement. Parker was Secretary of the National Union of Students, part of St David’s College debating team in the Observer Mace Competition and one of the founding members of the college rifle club.

After graduating Parker studied for a Dip Ed at Reading University, returning to Guernsey to teach at his old school, Elizabeth College. His experience in both journalism and teaching made him the BBC’s choice to pilot an experimental local radio project, producing programmes for island schools. Its success resulted in a network of BBC local radio stations across the United Kingdom. Parker was invited to join the BBC as a television reporter, working firstly at Bristol and then Southampton. In 1967 he first presented the nightly regional programme South Today, continuing to do so for the next thirty-five years. During this time, he also presented other BBC1 and BBC2 programmes including Nationwide, Badger Watch, Songs of Praise and Mainstream, a weekly programme reporting on live music, entertainment and the arts around the country. On the 17th May 1977 Parker presented the first episode of Antiques Roadshow, which began as a documentary about a London auction house touring the West country. He later devised and presented The Week’s Antiques for Radio 4 and the regional Today from the South and West.

The Mary Rose Project has had an enduring interest for Parker, who first became involved in the 1970s when artefacts were being brought up from the wreck. Twelve years later, in 1982, he led the outside broadcast coverage of the raising of the warship. He has also been involved with later developments including the building of the Mary Rose museum in Portsmouth’s dockyard.

However, Parker’s ‘real love’ has always been for politics and he has remarked that ‘nothing excited me more than anchoring the regional election results programmes…’, the first of which he presented in 1970 when Edward Heath became Prime Minister. Between 1992- 2002 Parker was BBC South’s political editor, hosting South of Westminster and South on Sunday. For the last ten years of his career he was a member of the House of Commons Press Gallery and Lobby in Westminster, interviewing all of the prime ministers from Eden to Cameron.

Parker’s long contribution to BBC and regional broadcasting was recognised at the Ruby Television Awards in 2003, when he was presented with a Special Award. In 2018 he received an Honorary Fellowship from Winchester University, for his services to broadcasting and presenting.

However, since his retirement in 2003, Parker has not led a quiet life. He has written two books:  History of Guernsey’s Full-Bore Rifle Shooting (2011) and A History of Elizabeth College (2016). He was chairman of Appleshaw Parish Council in Hampshire and Harestock School governors in Winchester. He is a trustee of Winchester Cathedral and chairman of the Cathedral Friends, chairs the Elizabeth College Foundation and the Gibson Fleming Trust in Guernsey. He is also vice-patron of the Hampshire and Isle of Wight air ambulance, the Smile Support and Care charity, supporting families with disabled children and young adults, and ambassador for the Southampton Leukaemia Busters. For these many longstanding charitable works he was presented with a MBE in 2017. 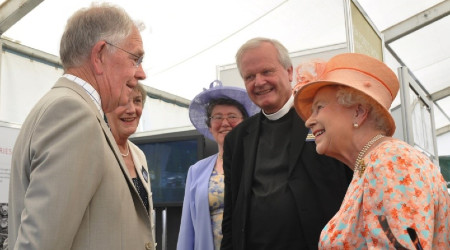