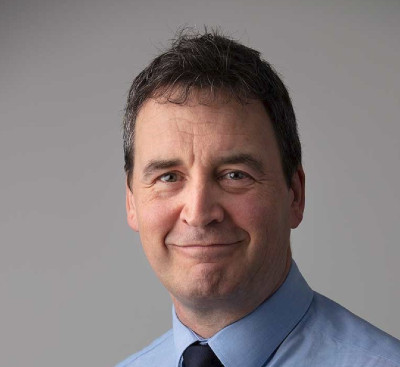 Magnus Llewellin is editor of The Times in Scotland.

Llewellin is a native of Oswestry, Shropshire; he is the son of Phil and Beth Llewellin. Magnus attended Oswestry Boys’ High School, a state grammar school. After this he studied history at St David’s University College, Lampeter, graduating with a 2:1 in 1986. He now says he spent three of the happiest years of his life in Lampeter.

After leaving mid-Wales, Llewellin took a postgraduate diploma in advertising at Watford College. Following this he moved north to work as a reporter for the Ellesmere Port Pioneer, a local paper for the industrial town on the River Mersey. He then became deputy news editor of The Chester Chronicle, an historic weekly newspaper first published in the 18th century.

In 1990, Llewellin moved to the first of a series of jobs in Scotland. He joined the daily newspaper Edinburgh Evening News newspaper as senior reporter, but was quickly promoted to become deputy news editor. He then moved to The Daily Record, then Scotland’s best-selling daily newspaper; he first ran the Edinburgh bureau and then became assistant news editor. In 1998, Llewellin became news editor of The Scotsman, the Edinburgh contender to be Scotland’s ‘national’ newspaper. In 2000, he was appointed Assistant editor of Business AM, a daily Scottish national business and current affairs newspaper and website which he helped to set up.

Llewellin’s next move was to The Herald, one of the oldest daily papers in the world and the Glasgow candidate for Scotland’s newspaper. He joined as news editor; however, he was promoted to senior assistant editor, and then became editor in 2012. While editor, he faced the challenge of the referendum on Scottish independence. The Herald remained neutral on the question, saying ‘We shall continue to hold both sides to account and scrutinise their policies without fear or favour on our news, comment, and editorial pages.’  Llewellin drew heart because the paper was attacked by supporters of both sides!

In 2015, Llewellin became editor-in-chief of the Herald & Times Group, overseeing The Herald, Sunday Herald, The National and Evening Times. In 2016, he became Scottish editor of The Times. John Witherow, the editor of The Times, commented ‘Magnus is an outstanding journalist and editor with huge experience of the Scottish newspaper and digital market. His appointment reinforces The Times’ determination to expand in Scotland.’

Commenting on his trade, Llewellin has said, ‘We are engaged in what I believe is still a noble endeavour … We – more than anyone else – break the news and provide the views that others follow.’ He is a believer in the old tradition of knocking on doors and putting in the hard yards in pursuit of the truth. In his youth, he was told that a good journalist needed rat-like cunning and pretty thick skin!

Llewellin is married to Katie; they have two daughters and live in Edinburgh. He has championed and is a volunteer with MCR Pathways, a school-based mentoring programme which supports young people in or on the edges of the care system to help them realise their full potential through education. His hobbies include walking and he has undertaken several long-distance treks. In 2015 he led a Herald team in the Caledonian Challenge, raising almost £10 000 for the charity Foundation Scotland. His group walked 54 miles in 24 hours, starting north of Fort William and finishing just south of Tyndrum. Llewellin commented, ‘All of us feel privileged to have been part of such an inspiring and friendly occasion.’

Endurance hikers do battle with the Scottish elements to raise 300 000 for good causes (2015, June 15). The Herald. Retrieved from https://infoweb.newsbank.com/resources/doc/nb/news/156D7D5AEE57C8E8?p=UKNB