Pathmanathan Ramanathan (1932-2006) was a leading Sri Lankan lawyer and judge.

Ramanathan (or Rama as he was always known) was a member of an elite Tamil Hindu family. He was born on 1 September 1932. His father was Sangarapillai Pathmanathan, a well-known broker in the tea industry and a spokesman for Low-Country Plantation interests. His mother was Srimani, nee Rajendra. His great grandfather, Sir Ponnambalam Ramanathan, had been solicitor general. Ramanathan’s other relatives included Sir Ponnambalam Arunachalam, the founder president of the Ceylon National Congress, and Ananda Coomaraswamy, an early interpreter of Indian art to the west.

Ramanathan attended St Joseph’s College in Colombo and then Montford High School, a leading missionary school in southern India. There he distinguished himself both academically and as a sportsman. After he left school, he came to the United Kingdom for more education. He attended St David’s College, Lampeter for a short time, before going on to Gray’s Inn to read for the bar. There he lived in London House, a hall of residence for students from the Commonwealth. Several of the Sri Lankans who became his friends went on to be well-known in their chosen fields, either in Sri Lanka or abroad. After finishing his education, he worked for the Inland Revenue in London for a time.

Ramanathan returned home as a Barrister at Law; he was admitted as an Advocate of the Supreme Court.  He spent a short time working at the Private Bar, before joining the Attorney General’s department as a crown counsel in the late 1970s. He particularly enjoyed the criminal side of the bar and was well-respected for his sense of fair play.

He was quickly appointed to the Bench, first as a High Court judge. In this role, he served all over the country, Galle, Matara, Jaffna, Kurunegala and Anuradapura.  Then he rose to become a judge of the Court of Appeal. At the time he was president of the Court of Appeal, he was elected as a Master of the Bench by the Honourable Society of Gray’s Inn.  Eventually, he was a member of the Bench of the Supreme Court of Sri Lanka. He was also a member of the Permanent Court of Arbitration at the Hague.  Ramanathan possessed in abundance the qualities necessary for a good judge – impartiality, integrity and a strong sense of justice and fairness.

After he retired, Ramanathan was a popular public speaker and active in a range of voluntary activities. He was chairman of the Human Rights Commission for a short time, where he did a great deal to reorganize the organization. He also served as Governor of the Western Province and as chancellor of Uva Wellassa University. The Sri Lankan president awarded him the prestigious title, ‘Deshamanya’, the second-highest Sri Lankan civil honour.

Ramanathan married relatively late in life; his wife, Mano, was also an attorney-at-law. She worked as a legal draftsman in Sri Lanka’s Ministry of Justice. Ramanathan was an enthusiastic lover of dogs and a long-standing member of the Kennel Club. His favourites were dachshunds. He was a devout Hindu and a trustee of the Sri Ponnambala Vaneswara Temple. 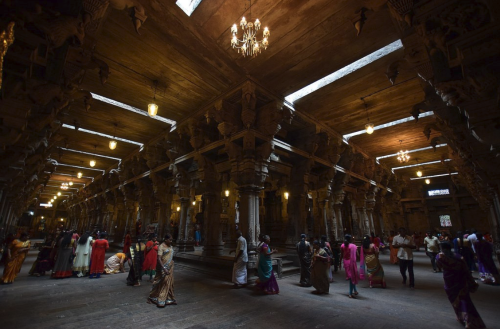