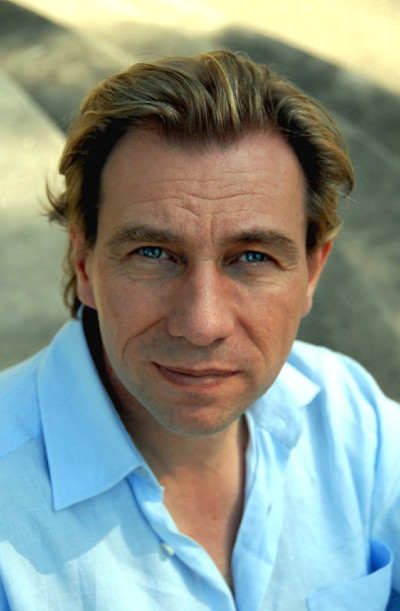 Paul Morgan has been a senior leader at a national mental health charity, worked as an antiquarian book expert and written novels, stories, articles and reviews.

Morgan comes from Welsh stock; his father’s family have lived for generations in Llanfihangel-y- Creuddyn. He was born in London, but brought up and educated in both London and Wales. He is bilingual, speaking Welsh as well as English. After leaving school, he studied Philosophy and English at St David’s University College, Lampeter. He graduated in 1976 and then completed an MA based on the novelist, Vladimir Nabokov, author of Lolita. His PhD, awarded in 1990, examined the writings of Richard Hughes, author of A High Wind in Jamaica and The Fox in the Attic.

In the 1980s Morgan worked as a rare book expert at the National Library of Wales, Aberystwyth; his duties included examining booksellers’ catalogues to make sure that valuable editions were not sold overseas. Alongside this, he was assistant editor of New Welsh Review in the years after it replaced The Anglo-Welsh Review. New Welsh Review is Wales’ foremost English-language literary magazine. In the early 1990s, Morgan was also an editor for The Year’s Work in English Studies, the annual review of scholarly work on English language and literatures.

In 1991, he took the huge decision to emigrate to Australia. Soon after he arrived, Morgan met an old friend and fellow Lampeter graduate, Caroline Crosse. He and Caroline married in 1992. They feel thoroughly at home in Australia now, though they regularly spend part of the year in Europe. Morgan comments that although his British accent still gets picked up in Australia, in Britain he is  often recognised as Australian!

After emigrating, Morgan was initially employed as an information specialist at the Australian Bureau of Agricultural and Resource Economics and Sciences. This involved early use of the Internet for academic and government information. Then, in a complete change of direction, he took on a senior role at the national mental health charity, SANE Australia (originally established as Schizophrenia Australia Foundation). Morgan was Director of Communications from 1996 to 2015, as well as serving as the Deputy Director. (SANE Australia works for a better life for those affected by mental illness, through educating the wider community, applied research and campaigning for better services and improved attitudes.) Morgan was responsible for many award-winning programmes aimed at helping people with mental illness and their families. These included pioneering the use of apps. For instance, the Talking Anxiety app provided basic information about anxiety disorders, including details of where to get help, how to help oneself, and the opportunity to hear from others facing similar issues.

Since 2015, Morgan has been principal of his own consultancy, Morgan Communications. Through this, he provides a range of professional communications services to the health and medical, business, government, and non-government sectors.

Alongside his day job, Morgan has found time to write extensively, including a critical study and two novels. His first volume, following on from his PhD, was The Art of Richard Hughes: a study of the novels, (University of Wales Press, 1993). New Welsh Review commented, ‘This is an admirable and, in my opinion, seminal work of criticism.’

Morgan has written for as long as he can remember. He describes stories as ‘the lies that tell the truth.’ He is fascinated by words, saying ‘You can spend all day thinking about one word. It’s the nearest thing we have to magic, this incredible power and emotional resonance in the simplest words.’ His earliest novel was The Pelagius Book (Viking, 2005). Morgan recreated the life and thoughts of the fifth century British philosopher, teacher and opponent of Augustine of Hippo, Pelagius, set against a backdrop of the crumbling Roman empire. Pelagius’ assistant Celestius encourages him to document his spoken words. Pelagius refuses to write the book of his teachings for fear that they might become dogma. Noted critic, Peter Pierce, described Morgan’s book as elegant, as well as a serious, humanist enterprise. Such is the reputation of The Pelagius Book that it has been set as a school text in Australia.

In 2007 Morgan published Turner’s Paintbox, (Viking). The book was inspired by a visit to the Tate Britain Gallery. Morgan wandered into a little side gallery, and found a paintbox belonging to the English Romantic painter, J.M.W. Turner. Morgan commented, ‘It was just this ratty, paint-smeared tin like something from a kid’s art class. To think that out of this little thing had come all those huge, beautiful, extraordinary paintings.’ Turner’s Paintbox plots the course of the doomed relationship between Gerard, an art consultant, and Julia, a free-spirited teacher, set against the backdrop of Turner’s vast tableaus. Galer describes Morgan as a most elegant writer of a book written with immense care. A forthcoming novel, The Winter Place, is a wartime romance that explores themes of memory, time, loss, and love.

Morgan has published numerous short stories, articles and reviews. He is a regular contributor to Australian Book Review. His short stories have been included in a range of literary journals, including Quadrant, Meanjin, Sleepers and Going down Swinging, as well as in anthologies including New Australian Stories (Scribe). He has been a member of the Arts Development Panel of Creative Victoria; he is currently Communications and Membership Secretary of PEN Melbourne and an active member of the PEN Writers in Prison network.

SBS News. (2013, August 26). The creators of a new iPhone and iPad app aiming to help people with mental health disorders hope the device will make it easier for people who need to seek help. Retrieved October 5 2020 from https://www.sbs.com.au/news/anxiety-there-s-now-an-app-for-that