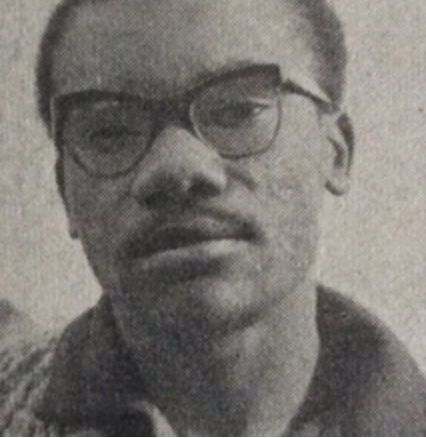 Markham was born on the tiny Caribbean island of Montserrat on 1 October 1939. His parents, who were relatively prosperous, moved there from the Dutch West Indies so their son could be born British. He attended the island’s only grammar school. When his parents split up in 1956, he came to Britain with his mother. Soon he was studying philosophy and English at St David’s College, Lampeter.

He went on to research 17th century comedy at the University of East Anglia, before becoming a lecturer at Kilburn Polytechnic.

Markham had a play, The Masterpiece, performed while he was still a student in Lampeter. However, although he began his literary career as a dramatist, his best work on stage was as an administrator and director. He founded the Caribbean Theatre Troupe in 1969 and ran the Caribbean Theatre Workshop for several months. From 1972 to 1974 he built houses with a French co-operative movement. He held writing fellowships in Hull and London, as well as spending three years as writer in residence at the University of Ulster. He spent two years in Papua New Guinea, working as media co-ordinator for the Enga Provincial Government. He described this experience in A Papua New Guinea sojourn. In 1991 he was appointed lecturer in English literature at Sheffield Hallam University; he became professor of creative writing there in 1997.

Markham’s first collections of poetry were published by small independent presses. Among these, Crossfire came out in 1972 and Mad and other poems in 1973. Eventually, in 1984, Anvil Press issued Human rites, a collection of his best work so far. Later collections of his work included Living in disguise (1986), Towards the end of a century (1989) and Fragments of memory (2003). His poetry was never predictable, except in its desire to avoid any sort of Caribbean stereotyping.

Markham went on to produce several collections of short stories, including Something unusual (1986) and Taking the drawing room through customs (2002). His novel, Marking time (1999), was based on his experiences at Sheffield Hallam University. When he told his students what he thought was wrong with the campus novel, they suggested he write one! He was also an excellent editor, working on, for instance, The Penguin book of Caribbean short stories, and the literary magazines Artrage, Ambit and Sheffield Thursday. 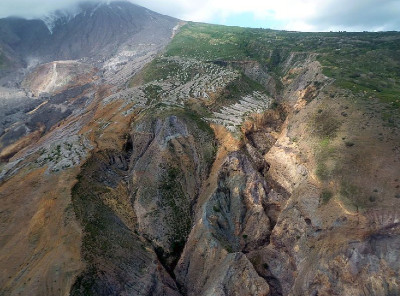 Markham never lost his Montserratian identity. Montserrat was devastated by hurricane Hugo in 1989; then, in 1997, the capital, Plymouth, was destroyed by a series of eruptions at the Soufrière Hills volcano. Markham responded with vigorous fund-raising and with some of his best poetry. The Hugo Poems (1993) and A rough climate (2002) recorded the disasters in a way that linked them with larger concerns and with Markham’s own development. Markham was awarded the Certificate of Honour by the government of Montserrat in 1997.

Much of Markham’s creative writing shows a theatrical ability to assume various disguises, allowing him to avoid stereotypes. Drawing on the Caribbean tradition of using masks to speak in voices in dialogue, he often published under various noms de plume.  As Paul St Vincent, he transformed himself into an angry young working-class Antiguan, who had come to live in South London at the age of eight. Paul St Vincent even invented another persona, the anti-hero Lambchops. Markham rented a room in Battersea and began to write about inner-city experiences in a form of Creole. As Sally Goodman, Markham became a feminist Welsh woman. He said of Sally, ‘She is Welsh, is young, is white, is blue-eyed, is blonde, is very much, in a way, like me.’ The two ‘poets’ seemed to take on a life of their own and even to outstrip the success of their creator! Later, in his fiction, he created a regular alter ego, the learned but bumbling academic, Pewter Stapleton.

Markham resisted any attempt to pigeon-hole him either as a Caribbean or a British poet. He wrote both in standard English and in West Indian patois.

After retiring from Sheffield Hallam University in 2005, he went to live in Paris. He died suddenly of a heart attack on 23 March 2008.

Obituary of E.A. Markham poet and novelist who used a series of masks to avoid being pigeonholed. (2008, April 23). Daily Telegraph. Retrieved from https://infoweb-newsbank-com.ezproxy.uwtsd.ac.uk/resources/doc/nb/news/120425CD82D207D8?p=UKNB.

Thieme, J. (2008, April 12). E.A. Markham – obituaries poet, dramatist and writer who resisted any tendency to define his work as either Caribbean or British. Independent. Retrieved from https://infoweb-newsbank-com.ezproxy.uwtsd.ac.uk/resources/doc/nb/news/1200362F0FD2EB28?p=UKNB.