John James (1923-1993) was a writer of historical fiction; his friend Byron Rogers described him as ‘the greatest historical novelist of my time.’

James was a native of Aberavon. He read philosophy at St David’s College, Lampeter, and then also completed an MA in psychology at Selwyn College, Cambridge. He became a psychologist for the Ministry of Defence; his duties included lecturing on the selection and training of air crews for the RAF at Brampton. He also worked as a teacher and then for the Scientific Civil Service. He married Helen Mary Norman in 1953; the couple had two children.

James wrote a series of historical novels. Byron Rogers wrote of him, ‘John understood the past because he was able to live in it … He knew how such a man would have dressed and what he would have eaten, but more importantly, he knew what went on in his head.’  Explaining his preference for historical fiction, James commented ‘If you write about the present it is very much more difficult to make things sound convincing. But writing about the past means that you are writing about a situation in which you know at least as much as anyone else.’

James’ first book was Votan (1966), set in the 2nd century AD. Photinus, a priest of Apollo, goes on an expedition north to find amber. On his way he is found by a tribe, who think he is the god Votan or Odin. Photinus eventually reaches Asgard, where he finds that those thought to be Norse gods are merely human. Valhalla is the trading centre of the western world. In a Daily Telegraph review, David Holloway commented, ‘Apart from a certain carelessness every now and again, Mr James writes with immense gusto. Incident piles on incident, all observed with the slightly cynical eye of Photinus/Votan. Neil Gaiman called Votan ‘probably the best book ever done about the Norse.’

James followed up Votan with Not for all the gold in Ireland, (1968). Photinus travels to Britain and Ireland; James carefully scatters in characters from the Welsh Mabinogion and the Irish Tain. His third novel Men went to Cattraeth (1969) was based on Y Gododdin. This long poem, said to have been composed in the late 6th century AD, describes an expedition by 300 Celtic warriors from the Firth of Forth to Cattraeth (probably Catterick in Yorkshire). The Britons were then defeated by a larger Anglo-Saxon force. A reviewer of James’ novel commented in The Observer, ‘… the author has conjured a novel of stark imaginative fire describing how the Romanised Celtic chivalry [sic], hosted in Edinburgh, moved confidently south via the derelict wall to extirpate the Saxon settlements, and grappled with its fate.’

The three novels were reprinted in one binding in 2014, in the Fantasy Masterworks series. The volume includes an introduction by James’ admirer, Neil Gaiman.

James’ later works are less well-known.  He wrote one more novel set in the Roman world. In Bridge of Sand (1976), Juvenal, the satirist, leads Roman soldiers to conquer Ireland, travelling over a magical bridge of sand. He is helped by Vergilius, the poet Virgil. James also wrote four novels, set in the 17th and 18th centuries. In Seventeen of Leyden (1970), his hero, a doctor, tries to bring back five girls who had been banished to the West Indies. Crichton, writing in the Daily Telegraph, described it as ‘a hotch-potch of the gory and the touching, with some entertaining surprises.’ Lords of Loone (1972) is a tale of country life, set in 18th century Britain. Talleyman (1986) and Talleyman on Ice (1989) feature a naval officer in Ireland in the 1840s.

James left a ninth novel unfinished. After his death, his children eventually found in the loft a collection of 5 ¼ inch floppy disks, labelled The Fourth Gwenevere. The neo-pagan authors, John and Caitlin Matthews, arranged for the text to be retrieved from the files, and then completed the book. It was published in 2014. The Welsh Triads wrote of King Arthur having had three previous wives, all named Gwenevere. In James’ book, Arthur’s fourth wife becomes the dynastic cement between the British and the Saxons. Their marriage is intended to produce a ruler who will be acceptable to both the British and the Saxons.

James also wrote one non-fiction book, The Paladins: a social history of the RAF up to the outbreak of World War II, published by Macdonald in 1990.

James died in Cambridge in 1993, aged sixty-nine. He is buried, as he had wanted, among Welsh princes at the ruined abbey of Strata Florida. 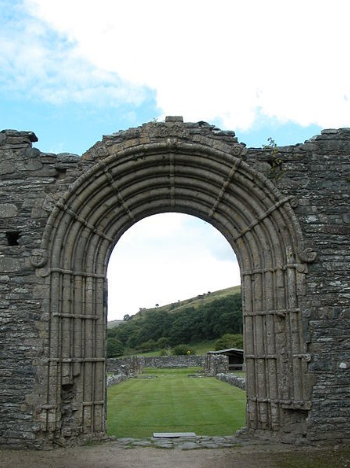