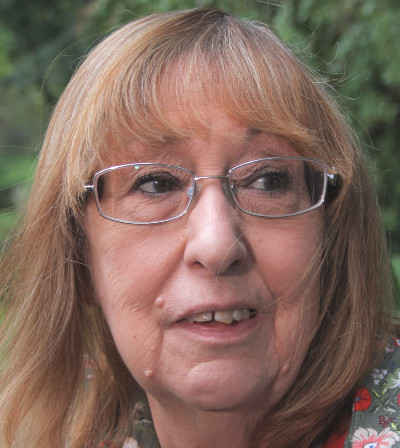 Kathy Miles was born in Liverpool in 1952. Her father, Neil Tierney, worked as a clerk in the civil service, but was also the Northern Music Critic of the Daily Telegraph, and Miles was exposed to classical music, ballet and the arts from an early age.

She moved to West Wales in 1972 to study English at the University of Wales Lampeter, having spent a gap year working backstage at the Everyman Theatre in Liverpool, where future stars such as Antony Sher, Alison Steadman and Jonathan Pryce were starting out on their careers. On completing her degree, she married Peter Miles - then a lecturer in the English Department at Lampeter -  and took a job in the university library, where she subsequently worked for 37 years, dealing mainly with Inter-Library Loan requests, and managing the library needs of the university's distance students. In 1980 she attended the College of Librarianship Wales in Aberystwyth, and gained a postgraduate degree in librarianship.

Miles has been writing since she was a child, and at the age of 16 had won the Honey Magazine Poetry Competition, judged by Roger McGough, who was co-incidentally also the judge when she won the Bridport Poetry Prize in 2015. In her twenties, however, Miles concentrated mainly on writing prose and drama, and had some success with the latter; a one-act play she wrote was accepted by the Drama Association of Wales, and she won the Welsh One Voice Monologue Competition. In 1984, Gillian Clarke was made a writing fellow at the university, and started the Lampeter Writers' Workshop, of which Miles and Sue Moules were founder members; the workshop continues to this day, and is the oldest writing group in Wales. The inspiration and encouragement of the group led Miles to concentrate on poetry rather than other genres, and although she still has an interest in writing short stories and creative non-fiction, most of her output these days is in the area of poetry.

In 1988 Miles published her first collection, The Rocking Stone. This was followed in 1995 by The Third Day: Landscape and the Word, which was an edited anthology of photographs and poems that highlighted and celebrated some of the historic heritage sites of Wales. Original poems were commissioned from such writers as Dannie Abse, Raymond Garlick, Peter Finch, Ruth Bidgood, Sheenagh Pugh, Gillian Clarke and RS Thomas, with an introduction from Clay Jones. The anthology also included a poem from the late Brian Morris, then Principal of Lampeter. The book was launched at the Hay on Wye Literature Festival in 1995.

Although Miles was still writing in the years between 1995 and 2009 – when her next book, The Shadow House was published – ill health and difficult personal circumstances meant that poetry took a back seat for a while. During this time she and Peter Miles were divorced, and Miles moved to what she describes as a 'ramshackle self-build house' in a village just outside Aberaeron. Here, her writing flourished again, and she also began to take more of an interest in the natural world and the landscapes around her. This is reflected in the change in her later poetic style, and whilst she still retains a huge interest in the outside world, her work these days concentrates very much on forging connections between human and natural environments. She very much enjoys writing anthropomorphic and zoomorphic poetry, where human/animal traits are merged together, and finds in it a way of dealing with grief and loss, both on a personal level and in relation to our vanishing landscapes and wildlife at a time of catastrophic climate change.

In 2014, Miles retired from her library job in order to take an MA in Creative Writing at Lampeter, under tutors Menna Elfyn, Samantha Wynne-Rhydderch, Dic Edwards and Jeni Williams. This proved to be life-changing, in that it enabled her to write full time, and to put the same effort and discipline into her creative work as she would previously have put into the full-time job, which – with its frequent evening and weekend shifts – had not been conducive to serious sustained writing. In the dissertation year of the MA, one of the poems she had written for her course work won the Bridport Prize, a highly prestigious national poetry competition. This gave her the confidence to continue writing, and to publish her third full collection, Gardening With Deer.

Since 2015, Miles has worked as a self-employed writer. She joined the team of The Lampeter Review as a joint editor, and has also worked as guest editor for Artemis poetry magazine. She has twice been a judge for the Welsh International Poetry Competition, has facilitated workshops both locally and for the Torbay Poetry Festival, and is frequently invited to give readings; her work appears widely in magazines and anthologies. At the current time she is working on another full-length collection, after which she is hoping to develop and expand her interest in creative non-fiction.