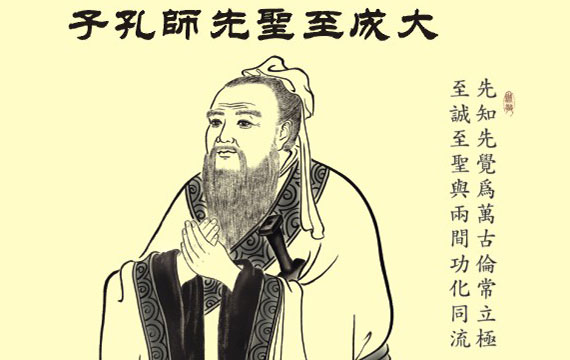 The Programme focuses on the study and research of the ancient religions, languages and great texts of China. Students will study the ‘ancient wisdom’ of China, which is of great cultural significance and is increasingly seen as relevant to contemporary concerns, such as personal and societal well-being and sustainability.

This Programme will focus on advanced-level engagement with Classical Chinese Confucian texts and the spiritual, cultural and political values and practices that they embody.

Modules will focus on enhancing understanding of Classical Chinese and methodologies such as textual criticism, commentary, and textual analysis.

This will be followed by modules which are thematically organised around the study of key texts from within The Complete Library of the Four Branches Literature and The Essence Encyclopedia of the Four Branches of Literature. Textual study modules are thematically focused and will consider issues such as the origins and content of key texts, and the history of and developments in translation and commentary.

Confucian Classics Studies (SICH7013) will explore some of the main texts of Confucianism, and interpretations of the philosophy and the cultural impact of these texts, including The Book of I Ching, The Book of History and Three Annals of Spring and Autumn.

Interpretation of The Four Books (SICH7002) will focus on the Great Learning, the Doctrine of the Mean, the Confucian Analects, and the Book of Mencius. Readings from the Governing Principles of Ancient China (SICH7003) will focus on the Exoteric traditions of the Han version of the Songs, the Sayings of Confucius and his disciples, the Six Secret Strategic Teachings, An Essay on Government by Liu Yi, Yangzi Book on Government and On the Important List of Government.

Readings from The Compilation of Books and Writings on the Important Governing Principles (SICH7010) will focus on key Confucian texts from the Compilation including, for example, Luxuriant Dew of the Spring and Autumn Annals and The Book of Discussion on Legalism.

Building on the taught part of the Programme, the Dissertation (SICH7015) element allows students to complete a detailed critical commentary of a Classical Chinese text; or to complete a shorter textual commentary Project (SICH7016) and to deliver and reflect upon a ‘teaching placement’ activity derived from this textual work.

The MA in Confucian Classical Studies will have a special appeal to those students who wish to study ancient Chinese texts, to develop a rich and deep knowledge of traditional Chinese Classical texts; and to apply this knowledge to their own lives and those of others.

Students will have the opportunity to learn from the best in the subject and to study using the unique pedagogic approach derived from the 'Royal Great Learning’ (皇家太学) educational model, which relies upon intensive textual study and reflection.

Students will study at the Academy of Sinology at UWTSD, a newly established Academy in Lampeter which focuses upon training for Sage teachers, who through example will have a real impact on society via their own daily moral practices and teaching activities.

An MA degree in Confucian Classical Studies involves a wide range of assessment methods. Assessment will be both English medium and in the medium of Ancient Chinese, dependent on the particular module being studied.

Assessment methods include essays, translation into modern Chinese or English, translation with annotation or critical commentary, oral presentation, teaching placement portfolio and, of course, the dissertation.

This variety of assessment helps develop skills in presenting material in clear, professional and a lucid manner, whether orally or in writing.

Each application will be considered on its own merit and will be based upon an interview with relevant teaching staff within the University and the Academy of Sinology.

The bilingual nature of the programme requires a degree of competency in both Chinese and English.

Possible employment roles for graduates from this programme include:

The expected employability skills gained by graduates from these programmes are advanced information handling and communication skills; high levels of self and project management; the practical application of high-level skills in textual analysis and interpretation.

The programme has the following specific aims:

i) Knowledge and Understanding (KU)

Upon successful completion of the Programme of study, students should be able to demonstrate:

Upon successful completion of the Programme of study, students should be able to demonstrate the ability to:

Upon successful completion of the Programme of study, students should be able to demonstrate the ability to:

The Programme endeavours to ensure a holistic and integrated approach to student learning so that the emphasis is not on the subject’s content alone but on the whole learning and teaching experience. The programmes will combine textual-focused teaching with modern pedagogy and self-reflection.

All programmes are residential, running across the two semesters (or three terms) of the academic year. Students may opt to enrol as a fulltime or part-time student. Open to all students on these programmes, will be a series of workshops that will operate alongside the programme structure.

These optional workshops will offer students useful cultural and contextual understanding of Lampeter’s multi-faith, multi-cultural heritage, and form part of a wider introduction to British cultural and social values and traditions.