As we look forward to the start of a new academic year, Dr Brett Aggersberg, Programme Manager for BA Adventure Filmmaking at UWTSD reflects on how the course was developed and the graduates that inspired the adventure. 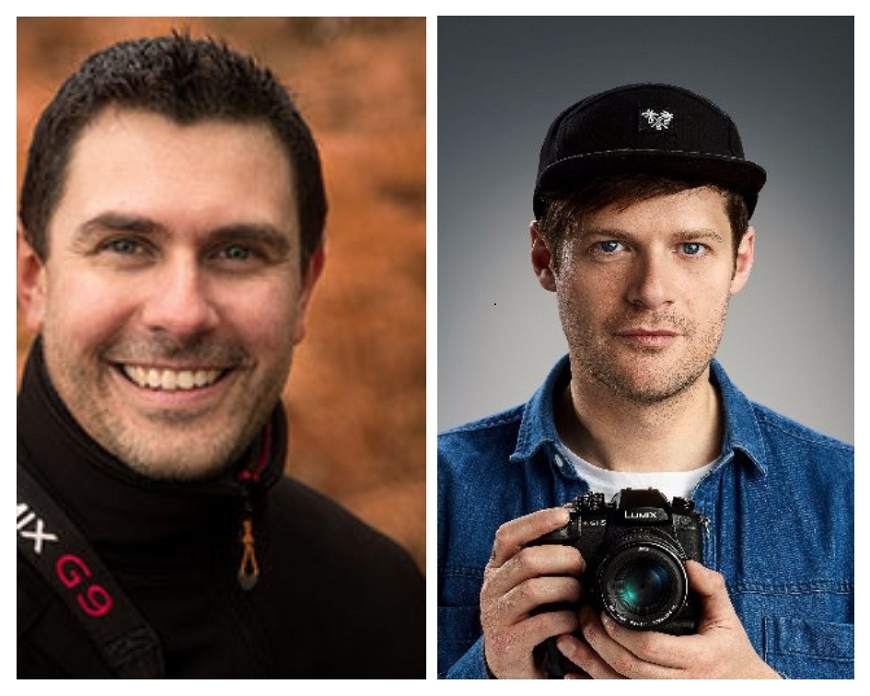 and In the spring of 2018, the University’s Carmarthen based Film and Media department launched an exciting new degree programme, the only one of its kind in the UK. It came at a time when social media and self-made filmmakers were just starting to rival traditional celebrities and big media corporations. Whilst BA Adventure Filmmaking arrived at the crest of a new wave, it was years in the making, and was inspired by one of our very own BA Film and Media graduates.

When Steven Clarey graduated from the University in 2013 he had already secured a job with action camera brand Drift Innovation. That summer, he toured Europe working at some of the biggest extreme sporting events, and started building a network of contacts. At the same time, the Film and Media programme team were rolling out their recently developed package of exciting new courses covering visual culture and new media. Whilst these were programmes that would be delivered for over eight years, the team realised that there was an emerging field of media production that they didn’t cover. During a collaboration with the Cardigan Bay Marine Wildlife Centre, the team were on a chartered dolphin research vessel filming, and there they made a conscious decision to explore the possibility of including documentary film and wildlife in the programmes.

By the autumn of that year Steven became part of the Nikon film school, promoting their cameras for sports filming.

As the idea of an excursion to film a project became an annual event, the team took students to the beautiful and remote island of Skomer in West Wales in the summer of 2014. The island off the Pembrokeshire coast is home to Puffins, as well as a range of wildlife. The trip was run by BBC wildlife filmmaker Dave Welton, and we invited graduate Steven Clarey to join us. By this time Steven had grown interested in Panasonic’s evolving brand of professional cameras called Lumix. He brought his new GH4 camera, that was one of the first capable of capturing 4k footage. It was great to catch up with a graduate who was doing well in the industry, and seeing them pass their experience onto our students.

We next heard from Steven a few months later when he visited our campus, and came with a book in hand. This book was published by Panasonic Lumix and celebrated their new 4k video and photo features as well as highlighting their new ambassadors, of which Steven was now one. As he showed us the book we recognised an image. It was a puffin, an image taken with the GH4 camera by Steven, when he joined us on Skomer Island. The image had afforded him the prestigious position at Panasonic. This confirmed that the field of adventure filmmaking was becoming a valuable part of the creative industries. We were so impressed and inspired by Steven’s journey, that we actively sought to develop a whole degree programme. Working with Steven and media industry experts, such as film companies, entrepreneurs, and broadcaster S4C, we wrote modules and planed learning experiences that would differentiate the course from every other University’s offering. Working with a flexibility that is not possible in larger Universities, we were able to launch and start the degree within a year. This allowed us to ensure the contents was relevant to gaining a degree, and being prepared for the new industry.

During his time as a student and a surfer he was formulating an understanding of the sport and the creative techniques that allowed him to capture this image of Alex Morris catching a wave in Tenby on Boxing Day in 2012. An image like this can only be taken by having a detailed understanding of the sport, how the camera works, and by bringing the two elements together in a creative way. Steven has gone on to be the face of the Lumix GH5 international marketing campaign, as well as working with major brands such as Ford, Monster energy drinks, and World Rallycross. We are fortunate to have Steven regularly visit our students for guest lectures, and even be a “Dragon” on our entrepreneurship panels.

We have found the BA Adventure Filmmaking course to be very successful and it is now the highlight of our portfolio. It’s so rewarding seeing how excited applicants get about it on open days. Over the last two years we have developed a partnership with Panasonic Lumix and Olympus cameras. This spring we started on a journey of collaboration with Waunderlust Action Films which will enable students to have guest lectures and placement opportunities. This academic year we have joined forces with BA Outdoor Adventure Education to provide students on both pathways with more opportunities by bringing the best skills from both courses together.

Our graduates make us proud, and they inspire everything we do. We consider their needs as students, and what will help them become experts in their field. When Steven stands on a stage in Cologne, at the massive Photokina event to talk about his work, he has a presentation slide that shows his journey. Right in the centre of that slide is the University of Wales Trinity Saint David. It’s not a bad story for a surfer from Carmarthen.