The first full collection of essays on Documentary in Wales, with contributions from academics and practitioners, has been published this month and described as a ‘landmark publication’ and a ‘must read’. 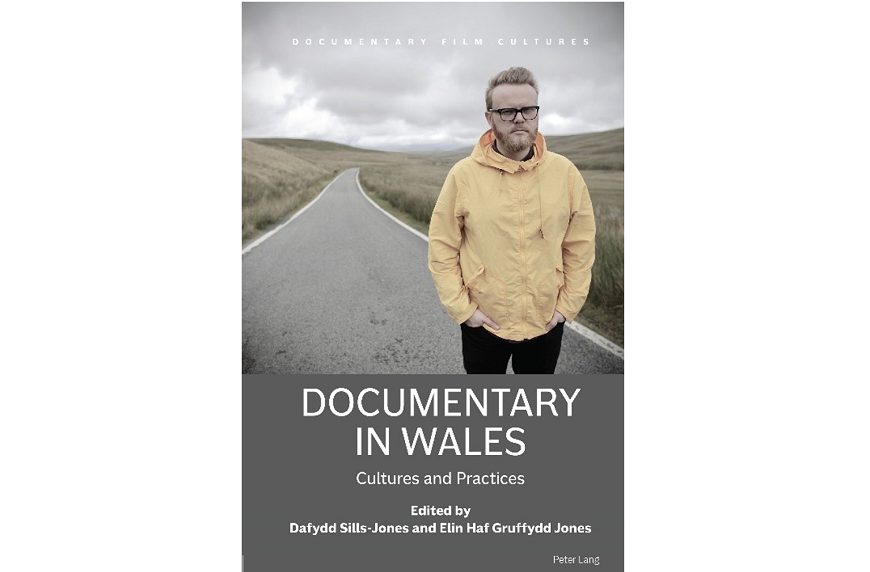 The book presents a portrait of the documentary culture of Wales, through a series of chapters written by individuals who have contributed to creating that culture as well as by academic researchers.

In his review of the book, John Burgan of MetFilm School Berlin said:

"This timely volume presents a series of thoughtful articles by a diverse group of practitioners and academics that explore and extend our understanding of the complexity of the term ‹Welsh documentary›. Engaging and eloquently argued, this is essential reading, a landmark in the literature on cinema and broadcasting in Wales."

"When identity politics coincided with the growth of television, analysis of what it means to be Welsh was done on screen. Documentary makers captured a small, complex country with an evolving political, social and linguistic identity. This is a must-read on the power of the documentary maker to analyse and influence thinking."

Dr Dafydd Sills-Jones, co-editor and of the volume and of the series said:

"This is not an overview or a catalogue, but rather an opportunity to reflect on how a relatively small nation, living in the shadow of one of documentary’s foundational film cultures, approaches documentary, and what are the specific set of features that characterize Welsh documentary."

Professor Elin Haf Gruffydd Jones, co-editor and author of the chapter on language and documentary said:

“It has been a privilege to work on this book and we now look forward to engaging in a  wider discussion, both here in Wales and internationally.”

A series of events is being organised to launch the publication including a panel discussion with several contributors to be held at Canolfan S4C Yr Egin on May 28th as part of Creative Carmarthenshire.

The book is for sale at a discount of 30% for a limited period through the publisher with the code PLSCM. https://www.peterlang.com/view/title/68329?tab=toc

1. The Centre for Advanced Welsh and Celtic Studies (CAWCS) was established by the University of Wales in 1985 as a dedicated research centre conducting team-based projects on the languages, literatures, culture and history of Wales and the other Celtic countries. It is located in Aberystwyth, adjacent to the National Library of Wales, which is an internationally-renowned copyright library with excellent research facilities.

2. CAWCS offers unique opportunities for postgraduate students to work alongside specialists in a dynamic and supportive environment. We welcome enquiries about MPhil/PhD topics in any of our research areas.

For more information about research opportunities, or for an informal chat about possible topics, contact our Head of Graduate Studies, Elizabeth Edwards: e.edwards@wales.ac.uk

Geraint Ellis: Arts for All?: S4C, Arts Documentaries and the Notion of Quality

Greg Bevan: Activism and Online Documentary: The Life and Death of Sianel62