Having participated in discussions on the future of the town, the University of Wales Trinity Saint David (UWTSD) has identified an opportunity to build economic resilience that would support the aims of both the Mid Wales Growth Partnership’s ‘Strategic Economic Priorities for the Mid Wales Region’ and Ceredigion County Council’s own economic strategy. The proposal revolves around the creation of a new food and rural enterprise academy – to be named Canolfan Tir Glas – on the University’s Lampeter Campus. 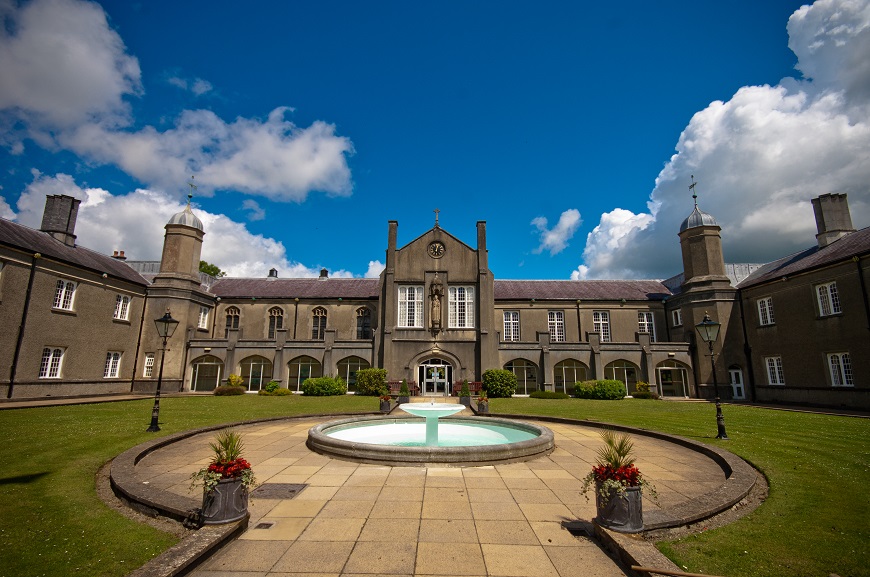 In order to facilitate such a development, the University has been working closely with the discount food retailer Aldi to develop a food village concept that could contribute significantly to the economic regeneration of the town and the surrounding area as well as promoting Lampeter as a destination of choice for shoppers from across the region and beyond.

The food village would be located on a small part of the University’s playing fields at Pontfaen and would include a brand new Aldi neighbourhood food store together with a cluster of surrounding local food cabins to promote local produce and to encourage the creation of new microbusinesses linked to the food industry. The remainder of the land would be retained by the University for recreational use by its students and the local community.

The food village would be well-placed to build on the success of the annual Lampeter Food Festival and act as a stage on which it could celebrate and market the successful food industry that already exists in Ceredigion at both a national and international level. It would also create up to 40 new jobs paying industry leading wages of at least £9.40 per hour for the area.

‘The close working relationship between the University and Aldi provides an opportunity to develop an exciting vision for Lampeter and the surrounding area,’ explained Emyr Jones, Head of Property Development at the University. ‘It enables the University to link its campus with the community and to act as a catalyst for further developments linked to the food industry within the county.’

‘We’re really excited to be working with UWTSD and to form part of its exciting campus development plans. Currently customers are travelling to Carmarthen and beyond to access a discount food offering, so this will represent a significant improvement on journey times, and also encourage more people to stay and shop locally through linked trips to the food village and other outlets in the town.’

‘It is still early in the process, however we are looking forward to collaborating closely with the University to ensure that the benefits of our joint proposals – such as increased shopping choice locally, a significant number of well paid jobs, and the economic benefits of this multi-million pound investment – feed into the broader University vision. We will be undertaking a full programme of public consultation in due course to provide further information and seek local feedback on the plans.’

As part of the development the University is very keen to invest in the pavilion and the playing field, ensuring that the enhanced facilities will be available for use by both students and sports clubs within the community.

‘Only some 30% of the land will be used for the food village development,’ explained Emyr Jones. ‘The remaining piece of land will be used for recreational purposes with the  pavilion being upgraded in order for it to be developed into a community resource. Its location will also allow it to support activities associated with the food village with exhibitions and masterclasses being held there.’

The Canolfan Tir Glas and food village initiatives form part of the University’s long term commitment to Lampeter as one of the town’s core institutions.

‘The University is fully committed to the Lampeter Campus and its humanities-based curriculum,’ explained Gwilym Dyfri Jones, the Campus Provost. ‘The University has invested in excess of £10m in the campus infrastructure during the last decade and will continue to do so within the context of specific projects such as the Canolfan Tir Glas and food village initiatives that will allow the campus to grow in future years. For Lampeter to survive it has to change and take advantage of new opportunities that may come its way. The status quo is not an option.’

‘The University is keen to respond to some of the challenges highlighted in recent meetings in Lampeter. As a key institution within the town,  the proposal not only provides Lampeter with an exciting marketing and branding opportunity, but it also allows the University to work within its community, collaborating with a number of key partners to regenerate the local economy, and to ensure the long-term prosperity and resilience of Lampeter and the surrounding area. The University looks forward to celebrating the bicentenary of its establishment in Lampeter in 1822 and its close association with the town.’