Psychological Impacts on Refugees Migrating to the United Kingdom

Today (Wednesday, May 27th), marks the United Nation’s annual Psychology Day – a world-wide celebration of psychology that provides an opportunity for psychologist to share their activities and to explain the role of psychology in addressing concerns of global importance. Psychology Day also explores psychology's current and potential involvement in U.N. activities and issues and this year the focus is on multilateralism, immigration, and nationalism.

Here, Dr Paul Hutchings, a Senior Lecturer in Psychology and the Assistant Director of the Academic Discipline of Psychology and Counselling at the University of Wales Trinity Saint David discusses migration and the psychological impacts on refugees arriving in the UK. 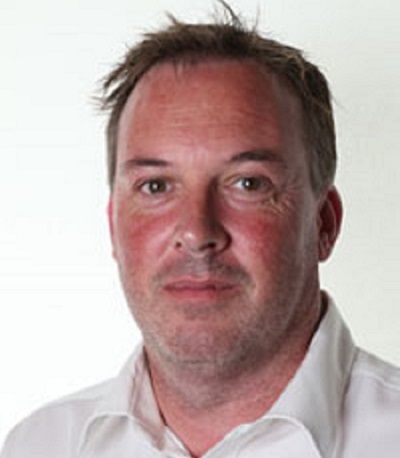 Whilst it seems like the entire world is focused upon the Covid-19 pandemic it can be easy for us to forget that many of the issues that were occurring in the world before these last few months are still ongoing. One of the biggest issues in the world at the present time, and one which will continue to grow ever larger over the next few years, is that of migration. In 2019 the number of people moving across the globe internationally was over 270 million people; that is 3.5% of the world’s population, moving between countries, mostly for work or domestic reasons. However, a significant number of these migrants are on the move for other reasons – people who have been forcibly displaced from where they live due to war, or fear of persecution because of their race, religion, nationality or membership of a political or social group. The United Nations estimates that around 70 million people are currently displaced; 40 million of these within their own countries and 30 million who have fled their countries.

For those of us in affluent, politically stable countries this can be quite difficult to comprehend. We see the news stories every now and again of bombed cities and towns, and a person crying over a loved one who has died. We see the reports coming from places like the Mediterranean Sea of boatloads of people clambering ashore seeking asylum in Europe, and occasionally a dead body or two to highlight the dangers of such a journey; we see images of migrant camps, and hear news reports of illegal immigrants getting into the country via lorries and boats. These images and stories may result in us having a number of different emotions; sadness at people living in such an awful situation; fear of numbers of people from a different culture coming into our society; anger at people breaking the rules. But we rarely stop to really think about the individuals, their reasons and, importantly, their psychological health from all that they have experienced. The terms we use – migrant, refugee, asylum seeker – make it easy for us to forget that there is a person, a human just like you and me, in every single case of that 70 million statistic – and it is how we deal with those individuals that I want to address here.

Most of us are pretty happy living in the country that we were born in. Yes, we may move around a little for work or relationships, but even if your circumstances aren’t ideal – you don’t earn as much as you would like, your day to day life is a bit monotonous – the thought of just packing up and moving on to a country, culture, or society that you know nothing about would be daunting. That is because life is about so much more than money or experiences – the family and friendships that we have, understanding how things work in your own culture, the feeling of ‘comfortableness’ in being surrounded by the familiar, these are all things that bind many of us to our countries of origin. And that is no different across the world. Given the choice, most refugees would not be refugees. If we look at a city such as Aleppo in Syria it was a beautiful, historic city of over two million people with a thriving tourist industry, nightlife, and surrounded by stunning countryside. In the civil war and the fighting that ravaged the city between 2012-16 thousands died and many neighbourhoods were destroyed; basic necessities such as food and water became difficult to come by.

At this point it is worth stopping and thinking – what would you do if this were your hometown? If you feared that the neighbourhood you live in could be bombed, or overrun with armed forces from one of the factions fighting? If your family or friends had been killed or had left, leaving you with feelings of grief or loneliness? It seems to me that getting out of there would be a logical thought for any rational person. Of course, the big question is, where to? Under such circumstances prior planning often isn’t possible – and so you gather what you can and leave. For the vast majority, this means moving out of harm’s way into another area of the country (internal displacement). Even in the cases of those who seek refuge outside of their country of origin, the majority of people go to neighbouring countries.

So what of those who attempt to travel to places such as the UK? They may travel for many reasons; family or friends already in the UK, they know the language, they may have heard what a wonderful place the UK is to live; each individual will have their own reasons. However, for many the journey may pose as many dangers as the life they left, and few will have been prepared for this. Travelling by whatever means possible, be it on foot or in transport provided by criminal enterprises. The dangers of crossing a sea where thousands have died before you, often handing over what money or possessions you own for this ‘opportunity’. Many people question why refugees would take such risks to get to Europe, but surely this highlights the terrors of the lives that they are leaving behind; when danger faces you but is still preferable to what is behind you, this highlights the desperation that drives so many on to literally risk their lives. In addition, there is no law to protect you as you travel; criminal gangs often prey upon refugees and you may find yourself in the company of strangers on the long journey. Again, imagine if the rule of law were withdrawn from your hometown and you were told that it was every person for themselves – would you even set foot outside your front door? One of the most used negative images about immigration is that it always appears to be fit young men who are refugees. Whilst this isn’t backed up by the statistics (48% of refugees are women) it also isn’t surprising if men are the ones who go on ahead to seek asylum; the dangers of assault, sexual abuse, and being caught up in the sex trafficking trade (another big global issue) are constant threats to females and minors on these journeys.

And so, as a refugee, you arrive in the UK. You have left your country, family, friends, possessions and, in many cases, your culture behind. The people that you directly know are likely to be fellow refugees and criminal gang members. You may be suspicious or frightened of authority figures such as the police or border agents, particularly if you have come from a country where the authorities were the cause of your problems in the first place. It is therefore no wonder that so many do not engage with the ‘proper’ way of entering a country, even if they know what that proper way is. But you know what it is like to arrive at a destination – the sense of relief, the end of the journey and – when it is such a big step in your life – the feeling that your troubles of the past are largely behind you and you can look forward to a bright new future. Unfortunately, for many refugees, this is not the case. For illegal immigrants there is the constant threat of discovery and deportation; for legal migrants with refugee status there may be detention, interviews with officials, and prolonged periods of uncertainty. There may be negativity from communities that they attempt to settle into, and the bright future that they hoped for may not be apparent for a long time, if at all.

Imagine that you had gone through all of these things; seeing your original life destroyed, embarking upon a perilous journey, and arriving at a destination that is not everything that you imagined it would be? You may have witnessed, or experienced, trauma on a scale unimaginable to many. How would your mental health be? This is one of the key drivers behind many organisations and their attempts to work with and help refugees, not just physically during their suffering but psychologically afterwards. My own governing body, the British Psychological Society, produced a policy document in 2018 setting out the particular needs of asylum seekers and refugees due to many of the issues that I have discussed above, and these refugees are deserving of our support.

It is easy, particularly at this moment when we face economic hardship in our own society, to say ‘we must look after our own first’. But surely, as humans, we should be doing what we can to look after each other regardless of where people come from, and many refugees are more in need of psychological support than most due to the nature of their experiences. There are a lot of people to blame for their plight - those in governments and groups across the world who make them flee in the first place, the criminals who profit from them as they try to escape; but the individual refugees themselves are blameless, victims of circumstances not of their own making. The philosopher John Rawls argued that we should approach everything from the position of a ‘veil of ignorance’ making moral decisions from the point of view that we could end up in the group most affected by that decision. If your life were turned upside down right now and you were forced to flee your country and go through what many refugees experience, how would you want a host country to treat you?

Listen to Dr Paul Hutchings delivering this piece as part of UWTSD's Perspectives podcast series on Spotify and Apple Podcasts.

UNHCR (2020). Figures at a glance. Available from https://www.unhcr.org/figures-at-a-glance.html

About Dr Paul B. Hutchings

Dr Paul Hutchings is a Senior Lecturer in Psychology and the Assistant Director of the Academic Discipline of Psychology and Counselling at University of Wales Trinity Saint David. He is also a Fellow of the HEA, a Chartered Psychologist, and an Associate Fellow of the British Psychological Society. Dr Hutchings has carried out a number of roles within the British Psychological Society, the representative body for psychology and psychologists in the UK, including Chair of BPS Wales, BPS Senate member, and as a member of the Professional Practice Board.

Dr Hutchings’ research expertise is in the area of prejudice and discrimination, at an individual and societal level. In particular his research focuses upon how people’s implicit and explicit prejudices can influences their judgments and behaviours about individuals and groups. Additional research has examined issues such as proscriptive and descriptive use of gender stereotypes, how information is reported in the media, and uses of technology in online counselling environments. Alongside this research Dr Hutchings looks to apply evidence-based findings to real-world applications, and has worked with a number of organisations such as Race Council Cymru and Welsh Government to produce evidence-based solutions to real-world problems.