Darren Evans is a UWTSD Performing Arts graduate. Since graduating in 2011, he has had roles in Hunky Dory, Being Human, Casualty, My Mad Fat Diary, The Bastard Executioner, Galavant, A Street Cat Named Bob, Requiem, Bang, Shakespeare & Hathaway and more recently Sky’s Gangs of London. 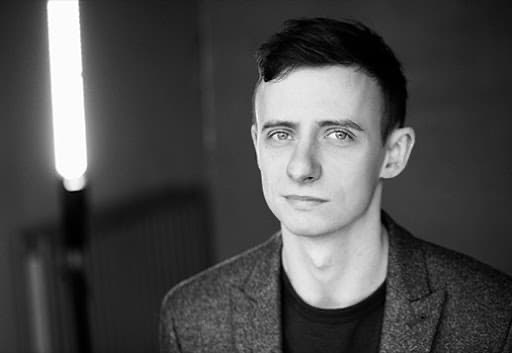 We caught up with Darren to ask about his career so far and to find out how his performing arts degree had helped to prepare him for the profession.

How did you get the role of Ioan in Gangs of London and what was it like filming such a high-profile series?

I actually got the role of Ioan by making a self-tape. It was a fantastic experience to work on it, I must admit I have done some strange things in my career but having to lie still in a bath covered in blood has probably topped it all - it was very surreal!

I had worked with some of the crew and cast before so it’s always nice to see old faces and catch up with them and I’m so pleased with the public's response to it. To be Sky Atlantic's second ever biggest launched show, with 2.23 million viewers, is amazing and I have been recognised so much already in my hometown of Tredegar - I have been getting stopped by people every other day!

You’ve acted alongside Killing Eve’s Jodie Comer in My Mad Fat Diary, what other roles and fellow actors have been memorable for you?

Working with Jodie Comer on My Mad Fat Diary will always be a special one because I think we really brought mental health issues to the forefront and helped a lot of people out there realise we all have our insecurities and that it is okay to not be okay. I still get so much love for that show on Twitter and in public saying how much the show helped them and that they wish that we would make another series.

All jobs are memorable in their own way but one that has stuck out was definitely working with Ed Sheeran on The Bastard Executioner (or TBX for short), even now I still ask myself did that actually happen! The series Galavant was also pretty special because we had such an array of guest stars who would appear in each episode such as Ricky Gervais, Matt Lucas, Vinnie Jones, Kylie Minogue just to name a few who were all lovely.

How do you think your Performing Arts Degree at UWTSD prepared you for the world of acting? Was there anything particularly helpful that you did there?

It goes without saying that doing the performing arts course helps build your confidence by performing in front of people, but what was surprising for me was how much I actually learnt about the voice. The voice as an actor’s tool is so important to us - especially the way we use it. I picked up so many skills in my voice classes at UWTSD and I have taken these with me in my career - especially in theatre roles.

We were also offered a lot of optional workshops alongside our studies and it is really important to go along to them. Many of them are with alumni or industry experts who have already achieved success. I attended a workshop at UWTSD with Director Philip John and literally, because of that workshop, I got the parts in Being Human and Bang!

Acting is a highly competitive profession, what tips would you give to current students about making it in the industry?

It’s important to have a thick skin as the industry is so competitive and sometimes it can be about the look rather than the talent. You could give the best performance in the world in an audition but if you don't look right for the character or the accent doesn't fit, then it just doesn't go your way. You have to learn to move on to the next one and not dwell on it too much. Trying to get yourself an agent too is essential as there is only so much you can do yourself when looking for work so if you can, I would really recommend it.

How are you coping with coronavirus impacting work?

It has been a strange time, as actors we find ourselves out of work and auditioning a lot anyway but at the moment even self-tapes and auditions are rare but of course, safety must come first. Hopefully it won’t be much longer before we come out on the other side and things will start to pick up and normality will resume.

Last year I shot the film of Dream Horse alongside Toni Collette and Damian Lewis. It’s the true story of the horse Dream Alliance who, a few years ago, was bred on an allotment in Cefn Fforest in Blackwood and went on to win the Welsh Grand National.

I play a young lad called Goose who was part of the syndicate that owned a share in the horse. It was an amazing job to film because it’s such a fantastic story. I had the pleasure of seeing it at the start of year and it is sensational. It should have been in the cinemas by now and finished its run but, due to the pandemic, it’s been put on hold - but keep an eye out for it when it comes out. I’m also in a thriller called The Toll with Michael Smiley. It’s a film about a man who works in the quietest toll booth in Wales but whose past is about to catch up with him so keep any eye out for that too!

What would be your dream acting job?

Surprisingly my dream Job is nothing like you would expect, it’s not hitting the big time in Hollywood or anything like that. I would actually love to step out of a taxi onto the cobbles of Weatherfield in Coronation Street. I’ve always been a massive fan of Corrie and being in a soap is one thing I haven't done in my career. I’d like to be in it for a few months and have a good storyline just to have the experience.

Aside from that I would also to love play Spiderman as he’s the best superhero of them all and you don't really have to be heavily built for the role. He’s just a geeky kid with these cool powers isn’t he, so I think the role would be perfect for me!