Stalling or even reversing the physiological signs of ageing is possible – and it requires less time and effort than you might think. A researcher at the University of Wales Trinity Saint David (UWTSD) has demonstrated that short high-intensity interval training (HIIT) sessions repeated every five days produced significant improvements in participants’ VO2max scores; a key measure of the signs of ageing. 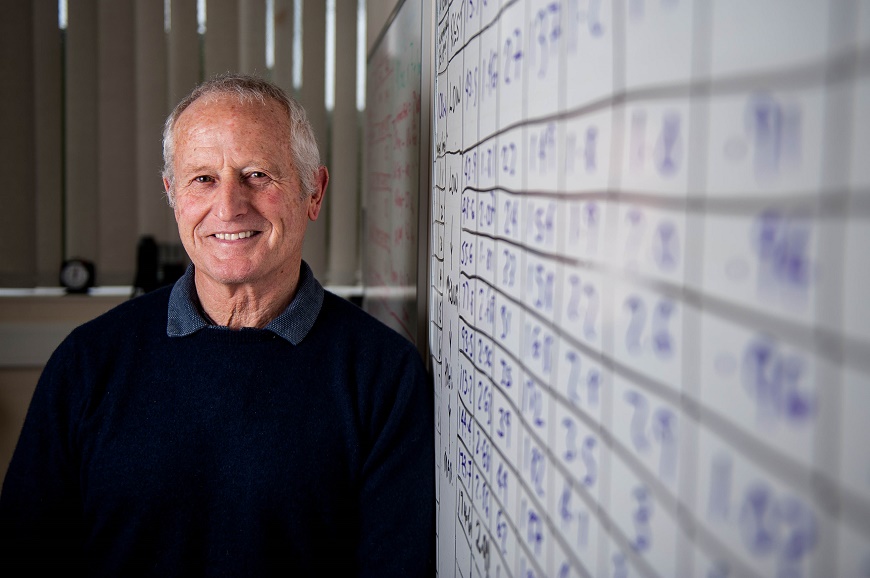 VO2max measures the maximum amount of oxygen your body utilizes during exercise. It’s calculated using a heart rate monitor and breath by breath analysis that records the oxygen and carbon dioxide concentration in the air you inhale and exhale during exercise. The more oxygen you can utilize, the fitter you are.

A popular measure of athletic fitness, VO2max is a useful indicator of overall health and of age-related deterioration.

“It's regarded as the gold standard assessment of health, with lower scores indicating an increased risk of morbidity and mortality,” says Associate Professor Peter Herbert, who led the research at UWTSD. “There is a great deal of evidence that the better your VO2max score, the greater chance you’ve got of avoiding age-related problems such as diabetes, increased cholesterol levels, and high blood pressure.”

Besides aerobic capacity, which is measured by VO2max, muscle power is another key factor that can decrease with ageing, so Dr Herbert’s study also investigated this aspect of ageing.

“If we can maintain our muscle strength and our aerobic capacity, then we can go a long way in improving our health and having a better lifestyle in our later years, delaying the ageing conditions that almost all of us will acquire at some point or another in our lives,” he says. “Delaying these means you have a much better quality of life for much longer.”

Crucially, he has also found that by continuing with their HIIT after the study ended, participants were able to stall or reverse age-related deterioration in both their VO2max and muscle power scores.

His first study, in 2012, focused on two sample groups of men aged between 55-74 years. The first group comprised of 19 lifetime exercisers, some of them Masters athletes, who already enjoyed a good level of fitness. The second group comprised 25 men who, while otherwise healthy, led a largely sedentary life and had done so for up to 30 years. For safety reasons, this group took part in a graduated training programme to ensure they had built up their fitness before taking part in HIIT.

Both groups then undertook a specific programme of HIIT training, for six weeks. It was comprised of six 30-second sprints on an indoor bike, with three minutes of recovery between each sprint. A key point was that participants then rested for five days before their next HIIT session to give their bodies time to recover.

“This was a challenge for the Masters athletes who were used to doing more training, but my rationale for this was that older people take longer to recover after hard exercise than younger people do,” says Dr Herbert.

The results of the study were exciting. The researchers found statistically significant increases in VO2max for all participants, with improvements of between 5% and 8%.

“The lifetime exercisers, including the Masters athletes, were thrilled with this, because they already had a high level when they started this study, and all of a sudden they had increased their score while doing less exercise. They suddenly felt that maybe they had been overtraining before,” says Professor Herbert.

“We also found significantly lowered blood pressure and increased leg muscle mass and power - something that is difficult to achieve in older people. We also found increased testosterone levels – which also decrease with age.”

Following that first study in 2012 Dr Herbert decided to do a follow-up study with the same group four years later. He had no interaction with them during that time and they were free to either continue exercising or to lead a sedentary lifestyle.

“In 2016, I retested all of the participants who were now four years older and were therefore expected to have aged physiologically over that period,” says Dr Herbert. “Generally, that ageing effect would have been a deterioration of their VO2max score of between 1% and 2% per year – so at least 4% over the 4-year period. We wanted to see how they compared.”

“Some of the group decided to keep exercising, and to include HIIT. The majority of those were the ones who were doing it before, but one or two stopped. There were also some members of the sedentary group who decided they wanted to get fit, generally doing HIIT on a once-a-week basis, plus any other activities that they found beneficial.”

Dr Herbert found that the exercisers maintained the same VO2max score they had attained in the study four years earlier. In other words, the expected 4% age-related deterioration had not occurred.

“What that means is they are slowing down physiological ageing,” says Dr Herbert.

The men who had continued to exercise but did not include HIIT showed a decline in VO2max, but at only half of the expected rate, instead of dropping by the expected 4%, their score dropped by 2%.

The VO2max score for the last group, who gave up exercise completely, dropped to the levels that they started with four years previously – so still a slight stalling in the expected age-related deterioration.

The results show the special role that HIIT can play in slowing age-related deterioration, but Professor Herbert adds that gentler exercise can also have benefits.

“Moderate exercise can increase VO2max but it generally takes longer to do the exercise as opposed to just three minutes’ work with HIIT,” he says. “They might have to cycle for 40 minutes, and they would be unlikely to get as good results as with HIIT, but they would improve the VO2max levels.”

At 76 years old, Professor Herbert is living proof of the age-defying benefits of HIIT. He incorporates HIIT into his exercise regime, which includes swimming, kayaking, rowing, surfing with his sons and competitive track cycling – in which he is a Masters World Championship medal holder. He’s also still working part time in research and lecturing and has plans to do a 10 year follow up study in 2022 to see how the participants in his HIIT study are faring.

For anyone inspired to follow his example, he advises getting off to a gentle start.

“Before you embark on any exercise programme, you need to talk to your doctor, just to make sure you are well enough to take part in the exercise,” he says. “Secondly, find someone who knows about exercise – a personal trainer, or a trainer at a local gym, so they can advise you.

“The key point is to start slowly. Walking is an easy way to start; initially it might only be for five minutes, if you're not used to exercise. You could do that two or three times a week and then the next week, build up to 10 minutes, and the week after that, build it up to 20 minutes.

“The next stage is to increase the intensity – so walk a little bit quicker, and get somewhat breathless, which will help to develop your heart and cardiovascular system. You can also change the terrain - starting walking on the flat and then tackling hills. You can apply this approach not only to walking but to also jogging, cycling, swimming or whatever you prefer. Just remember, it's a gradual process, so don't go too fast.”