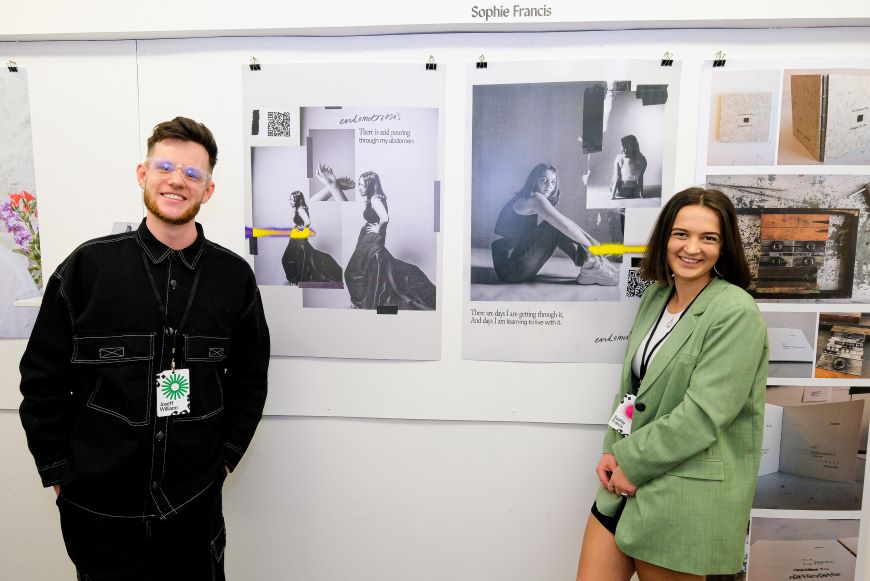 Creative Conscience is a global creative community and not-for-profit organisation who believe creative thinking and innovation can make positive change – values and beliefs which align closely with those of UWTSD’s Swansea College of Art. The charity aims to empower, mentor and reward members of the creative community to use their talent for positive social and environmental impact.

Donna Williams, Programme Manager for Graphic Design at UWTSD says: “Focusing on Visual Communication to make a better world is an important and integral inclusion of what we teach and value at Swansea College of Art, UWTSD.

“To have our incredible students shortlisted for and win Creative Conscience Awards is a validation of their commitment to making a difference, their skills, and responses to art in action. All staff are thrilled that the students have been awarded, and it is a joy that these projects will now be shared widely. In addition we would also like to thank the charity Creative Conscience”.

Joseff Williams and Sophie Francis created a collaborative campaign about the impact of Endometriosis. Endometriosis affects 1.5 million people in the UK, yet despite this, it remains largely unspoken about in public discourse and is often dismissed for being a “women’s issue”.

People with the condition report that their experiences are not believed, and they are gaslit into doubting the validity of their pain. This project’s purpose was to raise awareness of Endometriosis and allow those with the condition to feel seen, believed and heard.

These two inspirational graphic designers used their skills to bring this issue to the public, to allow the unspoken to be spoken. Joseff says: “We chose to highlight this topic because I saw how badly it affects a family member with the condition. I underestimated the pain she was in until I did more research.

“We exhibited the work in a local cafe and community space, and have been informed that the project has already influenced women to seek help from their GP. This was so rewarding to hear and demonstrates the power of visual activism”. 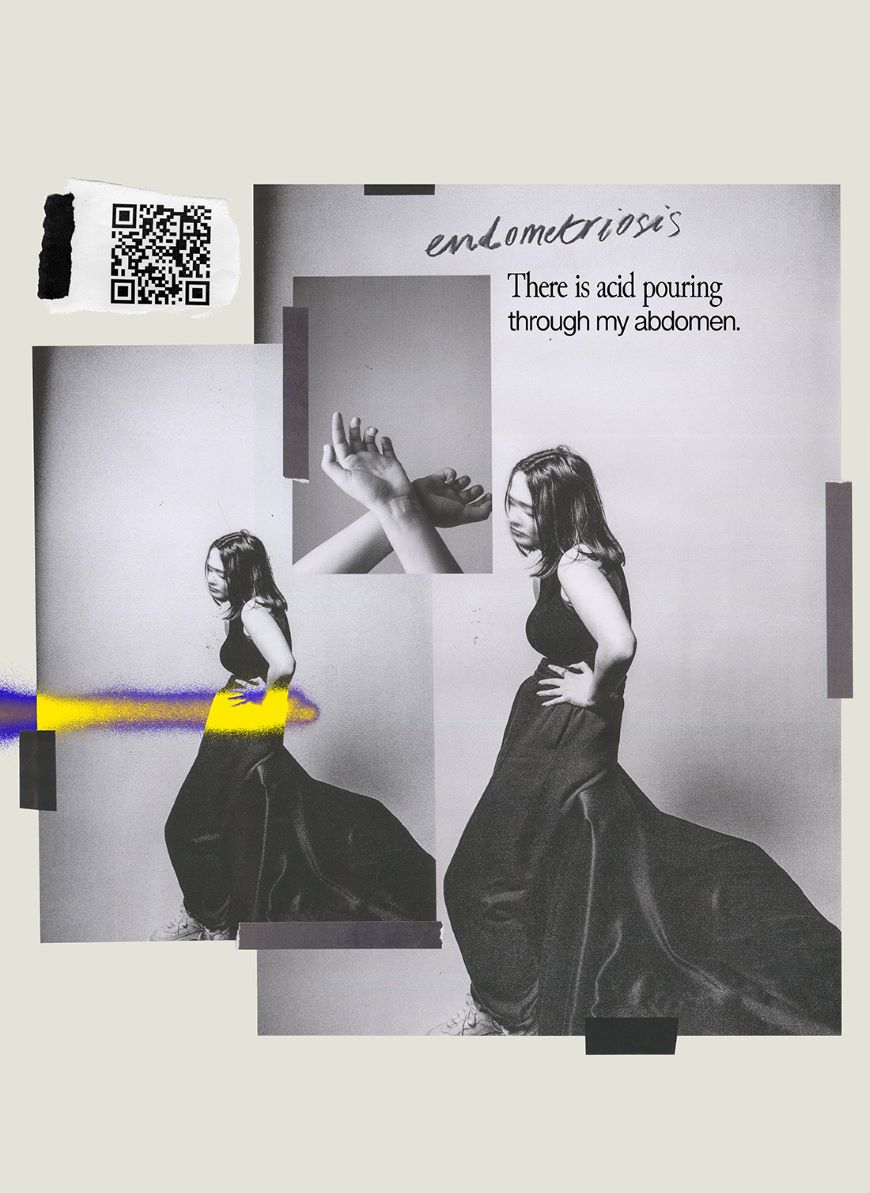 Agnes (Agi) Olah created the ‘I AM’ interactive art project that opened little windows into other minds. Upon returning to the studio after covid restrictions, Agi became aware of how everyone was just ‘not ok’. Her project helped to reconnect those using the space with each other and to celebrate an acceptance of both the struggles and strengths of each person.

After the exhaustion of online tuition, the project was an ‘in-person engagement’ which allowed everyone to write in little windows about their struggles and strengths. It succeeded in bringing about reflection and chat, laughter and shared stories about self-discovery in the recent times of struggle, and to show how individuals were finding the resilience to get back up again.

Curious is a campaign raising awareness about the issue of racial microaggressions against type 4 afro-textured hair. Summer focused on showing the common, un-settling experiences that affect black people every day, and emphasised their reactions by expressing the distress and anxiety that is often caused by awkward situations when the public ask questions and even touch hair.

Often, the excuse for this behaviour is ‘curiosity’. Summer wanted to encourage people to use their curiosity for the better and inform the public that black people should not be declined autonomy, undermined and overly questioned about their hair.

Generously approaching this sensitive subject and conducting the project with grace and non-judgement, Summer’s work resulted in meaningful and engaging visual communication. As the project progressed, the process observably developed into a powerful outcome which helped all involved understand this sensitive issue better. 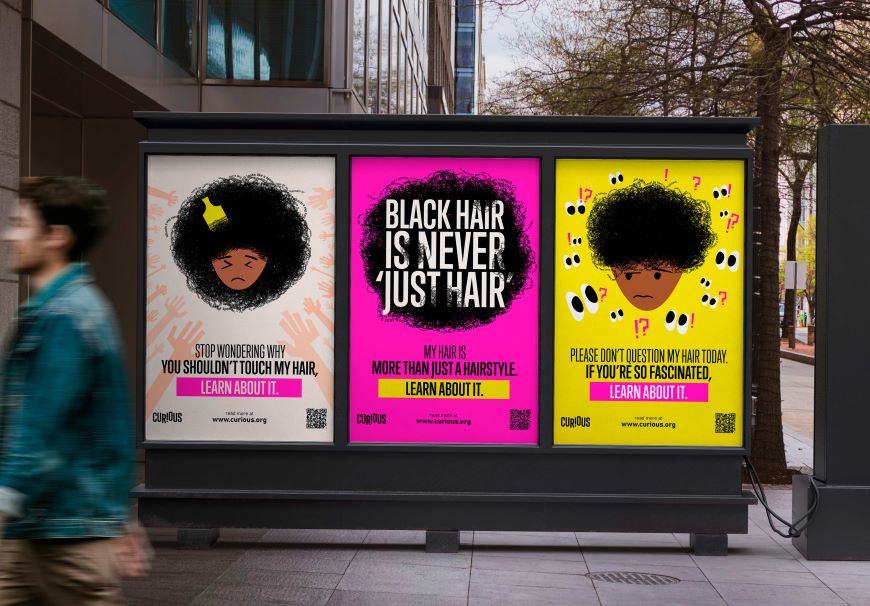