Georgiana Serbanescu from Romania started a new life in the UK in 2019 to build a better future for herself and her four daughters, after battling health issues and fighting for her child’s survival. 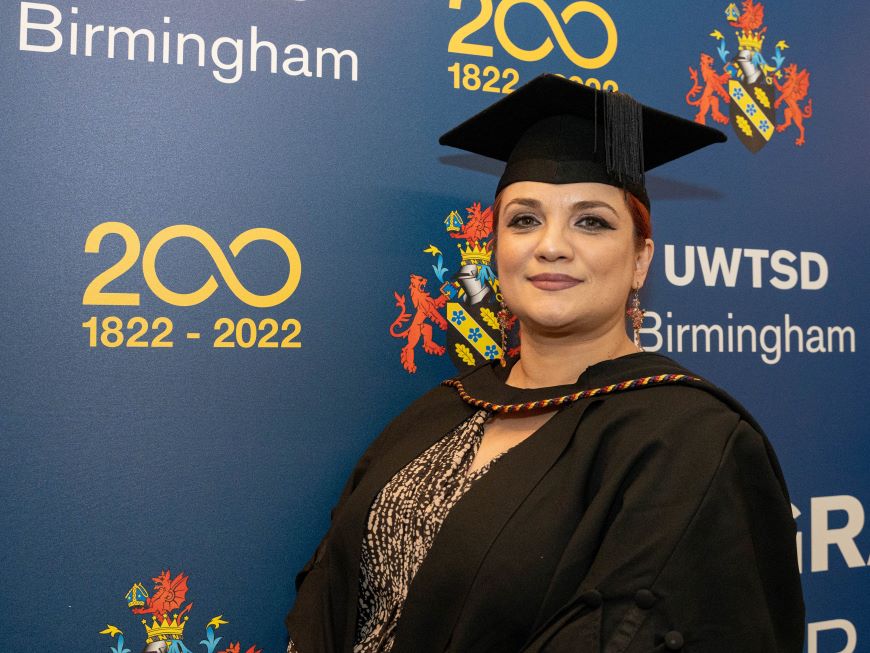 Now graduating from BA Leadership and Management Skills for the Workplace at UWTSD’s Birmingham Campus, 42 year old Georgiana previously graduated from a Pharmacy college and spent many years working in that field while bringing up her family in Romania.

“In 2009 I opened my own pharmacy, which I managed until 2013 when my third daughter was born,” Georgiana explains. “She had a bad health condition, so I sold my pharmacy licence and became committed only to my family. We had to move to Chicago for my daughter’s surgeries, where she had multiple skin transplants, reconstruction and tissue expansion interventions.”

“After all this, we left Chicago and came to the UK because I was already familiar with the language and there are a lot of opportunities for personal and career growth here. For the children it felt like the perfect way to set up their path in life, and I admit, I always had respect, admiration and fascination for the British culture and values the UK promotes. Plus, you can study and work at the same time here, which is amazing for me!”

Georgiana decided to move her career direction towards Management so chose a course at UWTSD Birmingham. Eventually, she aims to work in to HR or to teach at Higher Education level, as well as having a personal dream: “As a former dance trainer, I’d also love to open my own dance studio with a relaxing coffee club there too.”

The course is helping her move towards all these goals and dreams. Learning all the different theories has allowed her to formulate her own ideas about leadership and management, and on the modules she has discovered her own motivation, determination and grit, as well as critical thinking, improved academic writing and speaking in front of people.

Senior Lecturer Yohan Mendis says: "Georgiana is a model student who is popular not only among her peers, but also among the staff members associated with her. She carries her passion and enthusiasm into any task she is faced with” – a quality evidenced by her personal determination in family life as well as academia.

“My favourite modules so far have been Project Managing and Enterprising, and Problem Solving and Decision Making,” Georgiana tells us. “I’ve been learning about new ideas, strategies and theories in Leadership and Business Management which I will certainly be able to apply in my future.”

But, proving there’s no time like the present, Georgiana has found a way to utilise her newly learnt skills straight away: “I have the privilege and honour to also work for this amazing University, which is a very important step in my career development.” 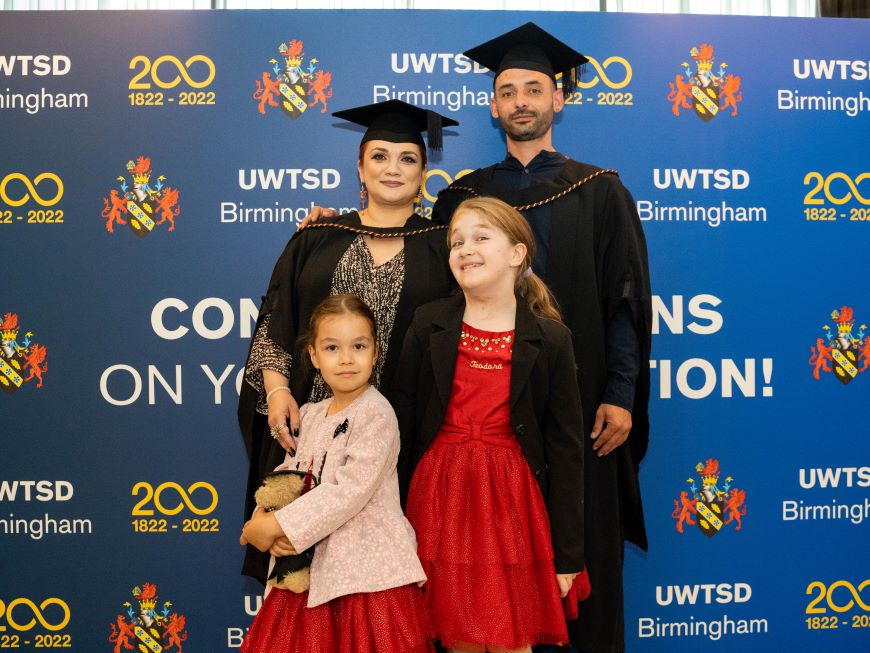 “I would strongly recommend UWTSD and this course to others for the great perspective and opportunities to grow personally and professionally,” Georgiana says. “The staff and team are wonderful, great professionals who are always there for students, and as colleagues. I’ve had the chance to socialise and build friendships and professional connections.

“The values of the University are the same as mine. I love people, and I love to help people – for me, life should be like a family, meeting and helping others. To be an inspiration and motivate others is very important, because I don’t believe only in words and ideas; I believe in acting, in doing things, in being genuine and real, and I really think UWTSD is 100% aligned with my values on this.

“People here are like a family, which is what I desired. They help you to achieve projects that open doors to other opportunities, and to grow into your career. Also to help yourself – especially yourself. I have a disability, my health condition, and the University has helped me grow my own self-esteem by being willing to support me every step of the way. This means a lot.”

Georgiana’s final remark rings true: “Knowledge can, and will, change your life in a much better way, forever. However, you must work hard, be perseverant and make sacrifices to open the doorways to your dreams.” 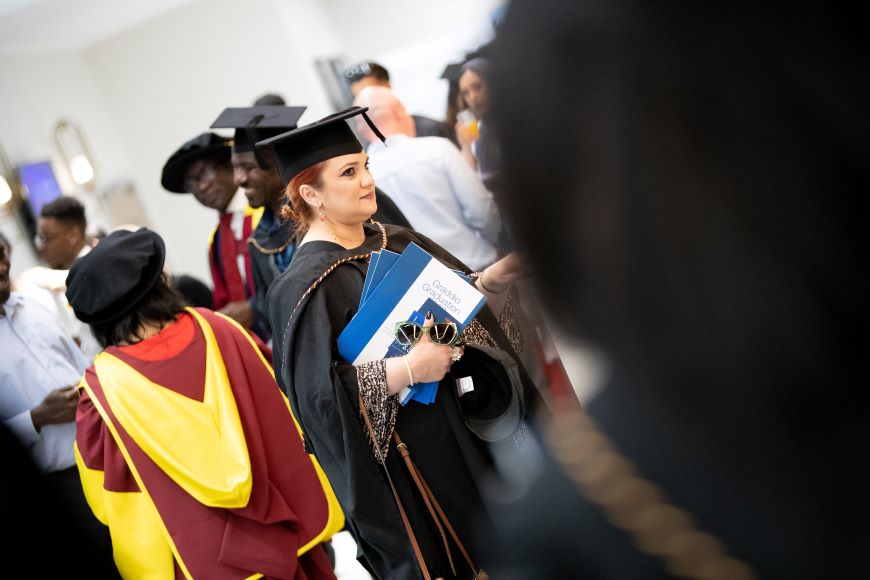