Professor Elena Rodriguez-Falcon FREng, Deputy Vice-Chancellor of the University of Wales Trinity Saint David, has been named a fellow of the Royal Academy of Engineering. 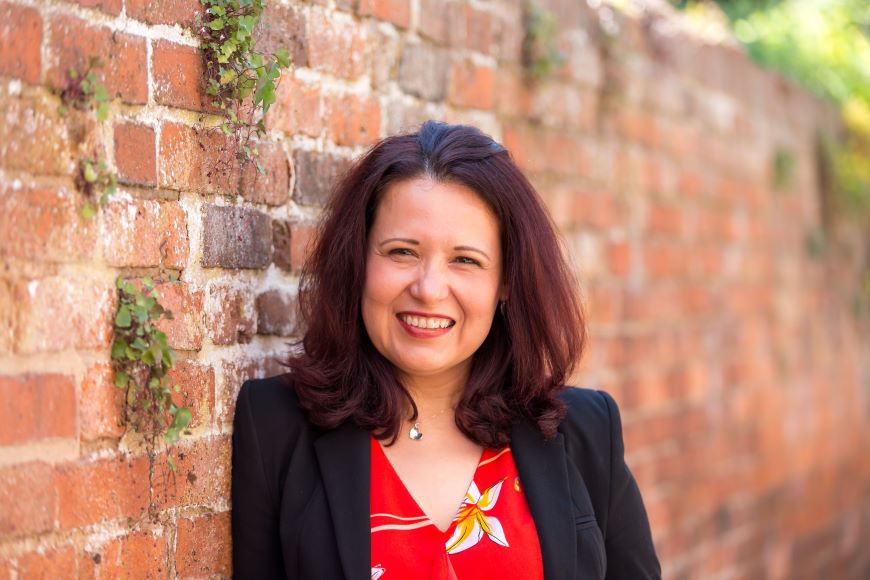 In the last five years she has shown outstanding leadership in establishing the first new higher education institution in the UK dedicated to engineering. Her inspiration has led to the adoption of a challenge-centred engineering pedagogy at NMITE (New Model Institute for Technology and Engineering) which recently welcomed its first students, despite the problems created by the Covid-19 pandemic. This summer, she was appointed Deputy Vice Chancellor of The University of Wales Trinity Saint David.

At its AGM on 20 September 2022 the Royal Academy of Engineering elected 72 leading figures in the field of engineering and technology to its Fellowship. The group consists of 60 Fellows, seven International Fellows and five Honorary Fellows, each of whom has made exceptional contributions to their own sector, pioneering new innovations, leading progress in business or academia, providing high level advice to government, or promoting wider understanding of engineering and technology.

This year’s new Fellows reflect the Academy’s ongoing Fellowship Fit for the Future initiative announced in July 2020, to drive more nominations of outstanding engineers from underrepresented groups ahead of its 50th anniversary in 2026. This initiative sees the Academy striving for increased representation from women, disabled and LGBTQ+ engineers, those from minority ethnic backgrounds, non-traditional education pathways and emerging industries, and those who have achieved excellence at an earlier career stage than normal.

The new Fellows will be formally admitted to the Academy at a special ceremony in London on 8 November, when each Fellow will sign the roll book. In joining the Fellowship, they will add their unique capabilities to the Academy’s mission to harness the power of engineering to create a sustainable society and an inclusive economy for all.

Professor Rodriguez-Falcon said: “After the loss of Queen Elizabeth II, who called engineering “a noble discipline,” it feels even more special to be elected Fellow of the Royal Academy of Engineering, an organisation founded by her late husband the Duke of Edinburgh, The Prince Philip.

“Engineering is indeed a noble profession, a discipline that is needed more than ever to address, and prevent, the problems the world is facing.

“Progressive and transformational education is of paramount importance in this regard, and this tremendous personal honour not only confirms this view but gives me the impetus to continue seeking new ways of effectively educating and engaging new generations of diverse engineers.

“But this recognition does not belong to me alone. The work I’ve done is not in isolation. Engineering is a team sport as the Chairman of Rolls Royce SMR, Paul Stein, once said. So, my heartfelt gratitude to everyone who has supported and helped me in this journey. The job is not done yet, though.”

Professor Medwin Hughes DL, Vice-Chancellor of UWTSD, said: “We would like to congratulate Professor Rodriguez-Falcon on this prestigious, and well-deserved accolade which recognises her outstanding work to provide a distinctive, entrepreneurial, and inclusive learning experience that puts the learner at the centre of their education.

“We look forward to working with Professor Rodriguez-Falcon in her new role as Deputy Vice-Chancellor at UWTSD.”

“I am delighted to welcome such an array of enormously talented people to the Fellowship of the Royal Academy of Engineering. From industry and enterprise to education and government – both national and international – these are some of our most pioneering and distinguished engineers and technologists.

“In an uncertain world, one thing is certain – engineering skills, vision and leadership will play a crucial part in addressing the escalating domestic and global challenges that we face today. The combined connectivity, professionalism, experience, and wisdom of the new Fellows who join us today will greatly enrich the expertise and support we can provide to the government and to society in general.”

Full profiles of all the 2022 new Fellows are available here.