REF2021: UWTSD recognised for its world-leading and internationally excellent research

Key UWTSD outcomes [i] from REF2021 include:

One of the key developments for the University in REF2021 is that Education was submitted for assessment for the first time. As one of only three Education submissions in Wales, it highlights how research being undertaken by the University is contributing to the development and debate of education policy in Wales and in particular the new Welsh curriculum.

A prime example of the University’s research impact is UWTSD’s involvement in the CAMAU Project, which has been integral to developing the Welsh education system’s understanding of learner progression. So influential was this important work it has recently been extended into a second phase.

Highlights of UWTSD research submitted for REF2021 include:

Research led by Dr Nalda Wainwright, undertaken at UWTSD’s Wales Academy for Health and Physical Literacy (WAHPL) identified a gap in the development of pupils’ motor skills in the Foundation Phase in Wales.

To address this WAHPL developed and evaluated a programme of professional development in schools and pre-school settings. Successful Kinaesthetic Instruction for Pre-schoolers in Wales (SKIP-Cymru) has trained almost 1,000 teachers, early years practitioners, coaches, and parents to be able to improve the physical competence of children in their care. The programme has gained national recognition as a recommendation in the Health and Social Care Committee report on physical activity and as a best practice case study featured in the Well-being of Future Generations (Wales) Act 2015 support materials. In 2019, following publication of research evaluating the success of SKIP-Cymru, Welsh Government accepted that Fundamental Motor Skills need to be taught at an early age, and that these should be provided for in the new National Curriculum for Wales.

Research is being conducted on new and updated entries by the team at the University’s Centre for Advanced Welsh and Celtic Studies for Geiriadur Prifysgol Cymru (GPC), a historical dictionary similar to the Oxford English Dictionary, the acknowledged authority on the spelling, derivation and meaning of Welsh words.

Apart from its multifarious scholarly uses, it is influential in many areas of the Welsh public sphere, providing the lexical infrastructure of the language necessary to produce terminology for bilingual documentation in fields such as government, education, health, law, and business. GPC’s impact has increased dramatically, leading to the Dictionary’s funding by Welsh Government from 2016 as an essential part of its Cymraeg 2050 strategy to increase the number of Welsh speakers to one million by 2050. The Centre participated in two linked AHRC-funded research projects focusing on travel writing about Wales across a range of languages. Both Curious Travellers and European Travellers to Wales have directly benefited the heritage, tourism, arts, and education sectors in Wales, and their impact was recently cited in the House of Commons.

Research by Dr Rebekah Humphreys was fundamental in providing the ethical grounds for the Wild Animals and Circuses (Wales) Bill, which was passed on July 17, 2020.

The subsequent Wild Animals and Circuses (Wales) Act 2020, which became law by Royal Ascent on September 7, 2020, makes it an offence for a wild animal to be used in a travelling circus. This primary legislation aligns Welsh law with that in England, Scotland, and globally, 33 countries that have nationwide bans on the use of import/export of some or all wild animals in circuses, including 18 EU member states. Fundamentally, ethical grounds based on Dr Humphreys’s research on applied animal ethics were put forward in defence of the Bill. Dr Humphreys’s work forms part of the long history of debate surrounding animal ethics informed by science.

Research led by the University’s Wales Centre for Advanced Batch Manufacture (CBM), in collaboration with British veterinary specialists, is helping to treat Osteosarcoma, the most common type of bone cancer in dogs.

The research involves the design and development of bespoke surgical devices for the efficient treatment of the disease in large breed dogs and the creation of bespoke orthopaedic implants for small dogs.  The main impacts arising from the research are the development and adoption by surgeons of a 3D virtual surgery planning system, and in the design optimisation of two types of surgical devices: custom implants and cutting guides. Both procedures are now recognised in surgical practice, achieve enhanced surgical outcomes, and reduce surgical time by up to 50%.

Strata Florida (Abaty Ystrad Fflur), a former Cistercian Abbey and scheduled monument under Cadw guardianship, has long been an iconic site for Welsh historical identity based on its role in nation building and production of early Welsh-language texts.

Using the methodologies and discourses of archaeology, history, and cultural studies, an ongoing programme of research led by Professor David Austin in collaboration with UWTSD has been undertaken since 1999, investigating its long-term history and heritage up to the present day.  When the research began, the known site was small and its time period limited to the Middle Ages, and few other monastic sites and landscapes in Europe have been studied in such detail and in such a sustained manner with continuing programmes of field research built into its objectives. Likewise, only a few other major medieval sites in the UK have linked long-term and sustainable research formally and structurally to heritage development. Little research for example, has been conducted on the meaning of monastic landscapes, their antecedents, and successors beyond the economic.  The University’s research looks additionally at the emotional, social, and sacred (metaphysical) aspects of their narratives.

Research by the University’s Cerebra Innovation Centre (CIC) is helping to improve the lives of children with neurodevelopmental conditions.

Led by Dr Ross Head, in collaboration with the national charity Cerebra, the Goto seat was originally designed in response to a parent’s request for help taking their child to the supermarket. Due to the child’s condition, they lacked the core strength to be able to sit in a standard supermarket trolley seat. Initial design and prototypes were made and tested with the child in a supermarket to assess suitability, support, adjustability and fit. The seat and a subsequent scooter design have significantly improved the lives of countless children living with severe conditions. This research has increased inclusion, integration, and interaction and transformed the lives of many children and their families.

Research undertaken by Head of Fine Art Professor Sue Williams emerged as a response to her personal experiences during the Covid 19 lockdown.

BARE RED is a series of three Chinese books painted by Professor Williams, which create a linear visual diary of her feelings during that time. They record her daily thoughts and emotions in flux, reacting to the frightening news, anger at the new world outside, loneliness of isolation, the longing for family and friends, the grief of losing connections, the boredom of monotony, the need for physical touch and the bizarreness of newly adopted routines of a new normal. The creative outcomes were developed as part of a collaboration between Professor Williams and art theorist Dr Marilyn Allen. 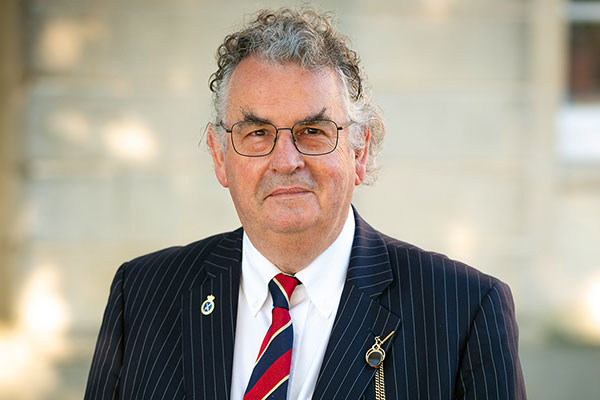 “I welcome the publication of the 2021 REF results which demonstrate the international and world-leading impact of the University’s research. The results reflect the University’s commitment to building strong research partnerships to promote diversity and inclusion across Wales and internationally. Research conducted at the University is shaping policy change leading to the creation of new opportunities for future generations to thrive.

“This year is an exciting one for us as we celebrate our bicentenary. We take great pride in our history and our connection to it, particularly in the way that it has provided us with the determination and confidence to shape our own future as well helping to shape the lives of individuals and communities connected to the University.”

Jointly conducted by the four UK higher education funding bodies, in 2021, REF – the UK’s system for assessing the quality of research in higher education institutions – required universities to submit all staff with significant responsibility for research, in 34 Units of Assessment (UOAs).

The process of expert review measures the quality of research outputs (e.g., publications, performances, and exhibitions); their impact beyond academia; and the environment that supports research. The quality of each research output is graded from the highest 4* award; 3*; 2*; 1*; and Unclassified.

The purpose of the REF is threefold; to provide accountability for public investment in research and produce evidence of the benefits of this investment; to provide benchmarking information and establish reputational yardsticks, for use within the HE sectors and for public information; and to inform the selective allocation of funding for research.

The REF, which takes approximately every six to seven years, was last held in 2014. UWTSD’s overall performance saw 47% of research submitted rated as 4* or 3*. Significant changes following a review of the REF process after 2014 means it is not possible to make a direct comparison of 2021 figures to 2014’s outcomes.