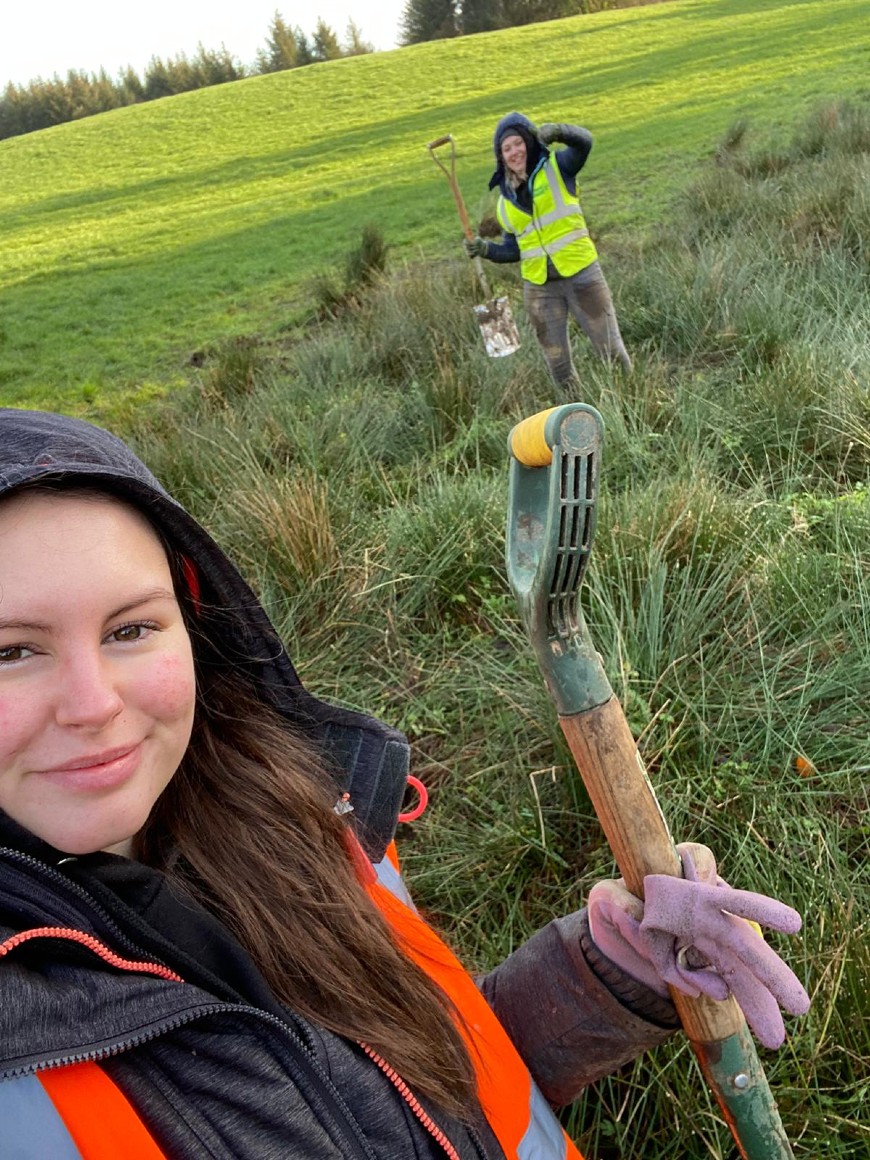 Following the success of the 1988 film of the same name, ‘Willow’ is an American fantasy adventure television series filmed at Dragon Studios, Bridgend and produced by Lucasfilm and Imagine Entertainment.

Students Bethan Elsbury and Ellie Reynolds got the opportunity to work with the company’s Greens Team after their lecturer, Dave Atkinson saw the post being advertised and encouraged them to apply.

Bethan said: “It was very surreal to have even a small involvement on such a high-profile production and signing an NDA with Lucasfilm.”

“I felt really excited and happy to be working on such a high-profile production as a student.”

“Working with the Greens Team was a great eye opener to one of many roles available within the tv and film industry, providing details that most wouldn’t even consider.”

During their breaks, both Bethan and Ellie were fortunate enough to see some of the set on site at Dragon Studios which was situated near their base.

Bethan said: “The main thing I’ve taken from this experience is the structure of the day and the hard work behind even the smallest of detail that goes into big productions such as this one. There are long hours and early mornings, but it’s given me an example of what to expect and made me feel more prepared for potential freelance roles.

“It also opened my eyes to the hard work required in this type of career path, although being aware of it, it’s always helpful to experience it for yourself.  Those I worked with were all very welcoming and friendly and most I’ve now got on social media. It was very interesting to hear about the different experiences of them all and to hear about the other projects they’ve worked on.

“I have come from it with fond memories and an even better understanding of myself and how I might find working freelance in future.”

As a result of this experience, Ellie said she had learnt the importance of making connections and pushing yourself to try new things.

She said: “I have also gained a better understanding of the various roles in film & tv.”

Both students felt that whilst working on set, the University saw this experience as beneficial for their studies.

Bethan said: “As we are always encouraged to gain these experiences, my tutors were very accommodating for it and offered advice and support throughout.

“Going into my final year of BA Set Design and Production, I’ve started to experience the long hours and hard work behind all productions at a more professional level. Having this experience and awareness from working at Dragon Studios has allowed me to approach it with more confidence and with the awareness of industry standards, understanding that it is to be expected and is something to become more familiar with.”

“The set design and production programme always try to encourage, source and accommodate industry work placements alongside the learning as we believe this enables the best learning environment possible.”

As both continue with their studies, they plan to continue to gain skills and experience in the production industry by experimenting in all areas, whilst capturing as many opportunities as possible, with an end goal of working on set as art directors.