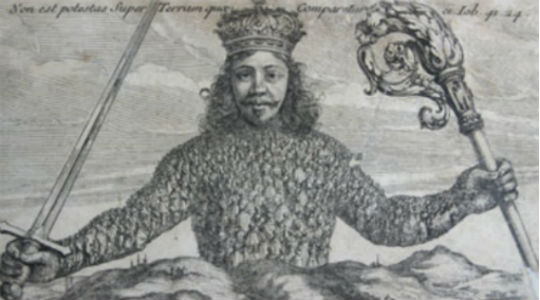 The Ystrad Meurig Collection comprises about six hundred items from the former parochial and school library of St John's College (1757-1974) founded by Edward Richard (1714-77) of whose library about 320 books survive. The Collection covers a wide range of subjects in the humanities and theology, predominantly in Latin and English, from the 17th to 19th centuries. Highlights of the Collection include Samuel Johnson's Dictionary of the English Language, Pierre Bayle's Dictionary, and Thomas Hobbes Leviathan.

Ystrad Meurig School was established c.1734 by Edward Richard of Ystrad Meurig, who had begun by teaching local boys in the parish church. Edward Richard was distinguished as a profound scholar and critic, an antiquary, and a Welsh poet, and was the author of some pastorals, which, for elegance of composition and purity of style, are said to be unrivalled by any writings in the Welsh language. He is thought to have been born in the year 1714, but his name does not appear among the baptisms in the register.

By 1759 Edward Richard was teaching over fifty pupils and in 1757, the school was legally established and endowed as a grammar school. In 1774 the school was declared open to boys from Cardiganshire, offering a free education in Latin and the principles of the Church of England. Following the death of Edward Richard in 1777, the Reverend John Williams took over as headmaster. Under Williams, Ystrad Meurig School established and maintained a reputation for classical scholarship. By 1812 a separate school building had been erected in the parish churchyard and between 1803 and 1827 Ystrad Meurig became the main institution for the training of ordinands in the St. David's diocese. At one point during this period the school was attended by 150 pupils and though most pupils went on to become clergy of the Church of England within Wales, distinguished alumni include Dr David Davis, physician to William IV and Queen Victoria, and John Williams, first warden of Llandovery College. Numbers at Ystrad Meurig School fell after the opening of St. David's College at nearby Lampeter in 1827. The curriculum became more like that of a secondary school, and it developed into a preparatory institution for pupils who wished to go on to study at St. David's College, or at the University of Wales. The school continued to provide education for local boys and accepted men whose education had been disrupted by both of the world wars, prior to their advancement to university. From the 1950s the school gradually declined. By this time it was called St. John's College, though the exact date of, and reasons for this change are unknown. Its main role became the provision of O-level and A-level courses for potential students of theology at Lampeter. The last headmaster resigned in 1973. The school library has since been moved to St David's College, Lampeter, and the school itself is now used as a village hall.