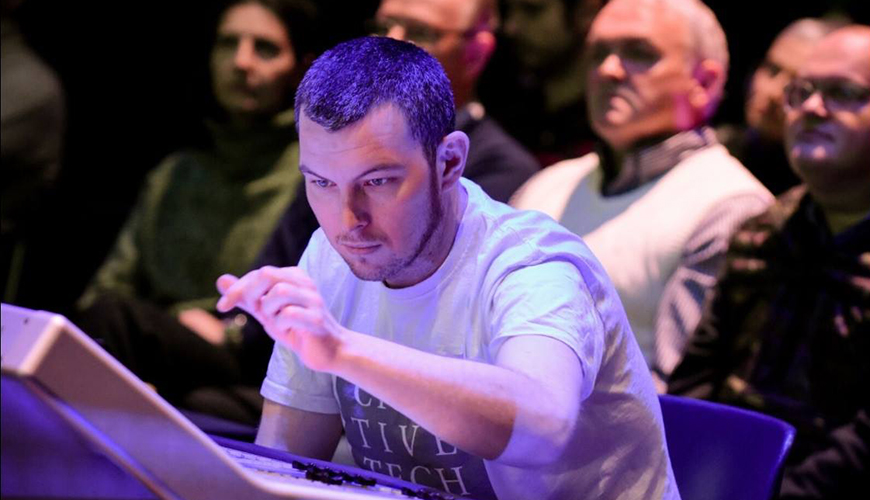 David is a lecturer on the UWTSD’s BA Creative Music Technology course. He is also an active composer and sound designer, working in Film, Contemporary Dance, Circus, Theatre, and Radio.

David's interest in music was developed through studying Creative Music Technology on the Bachelor of Music and Master of Music degrees at the Royal Welsh College of Music and Drama. In 2014, David completed a Ph.D. candidacy at the Sonic Arts Research Centre and was awarded a Doctor of Philosophy degree from Queen's University, Belfast.

His PhD in Sonic Art, An Original Portfolio of Compositions, explored experimental compositional practices through nine original works. The research uncovered new methods which are considered as the original contribution to knowledge; this involves a sequential spatialization technique for diffusing stereo sources octophoniclly and a multi-device recording methodology for field recording with individual recording devices at variable distances.