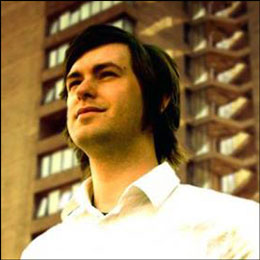 Richard's academic interests include the history of video games from origins to present day (with a particular focus on the rise of the consumer market in the 1970s to the US games industry crash of 1983), the study and application of game design theory, narrative structure (in both passive and interactive form) and environment design, lighting and colour theory applied to contemporary game development.

Considerations have been made with regards to developing future research papers relating to the application of industry practices in education and simulating professional working environments for student projects as a collaborative study with other staff members from the HNC/ HND/ BA Computer Games Design courses at UWTSD.

In addition, personal interest (entirely separate from game design and theory) in the East Coast / New York graffiti culture and its visual evolution from the late 1960s to early 1990s could be another potential area for academic study if future opportunities arise.

Former Research Associate as part of ‘Gameslab Wales’, a collaborative Games KTC project between the University of Glamorgan and Swansea Metropolitan University (2010 – 2012) Assigned consultancy / advisory roles on several projects as part of the Gameslab Wales KTC.

Gameslab Wales provided assistance to start-up companies developing mobile-based games and led to the formation of Wales Interactive, currently one of the largest game studios in the South Wales region.