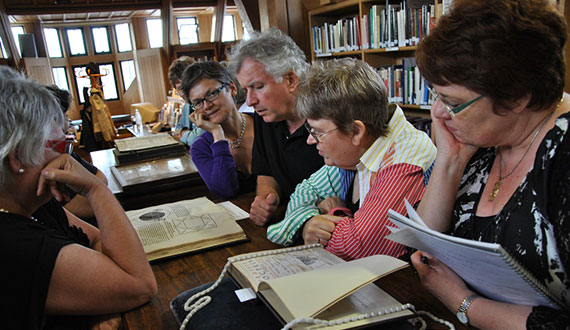 The Sophia Centre for the Study of Cosmology in Culture is the only academic centre in the world to explore culture in relation to the sky and cosmos.

The Centre’s teaching is focused on the MA in Cultural Astronomy and Astrology. It also maintains a vigorous research programme through staff research, supervises MA and PhD student research, holds conferences, sponsors events and research projects, and publishes books and articles. We emphasise both research and impact — the public dissemination of research results and scholarship. The Centre was launched at the University of Wales, Lampeter in September 2007; formerly it was housed at Bath Spa University.

The Centre’s work is partly historical, partly anthropological, partly philosophical and partly archaeological. It examines the role of cosmological, astronomical and astrological beliefs, models and ideas in human culture, including the theory and practice of myth, magic, divination, religion, spirituality, architecture, politics and the arts. It considers the ways in which people have tried to live in harmony with the cosmos, and deals with the modern world as well as with indigenous or ancient practices. It ranges from the study of Neolithic sites to medieval cosmology, to the history of astrology in the ancient world, India and the West. It considers the nature of the space and place on Earth as well as in the sky, and recent publications consider the narratives and ethics of modern space exploration. We consider any time period or culture.

‘The work of the Centre is as broad as possible and is ground-breaking, unique and innovative. We study the many ways in which human beings endow the cosmos with value and use the sky as a theatrical backdrop to tell stories and create meaning.’


Dr Nicholas Campion, Director of the Sophia Centre for the Study of Cosmology in Culture.

Sophia Centre research ranges across history and culture. All Sophia Centre staff pursue their own research across a range of topics, listed under our staff pages. Our research covers culture, theory, practice and materiality. Our research is both text-based and concerned with the collection of data through both qualitative research and archaeological and astronomical measurement.

The History and Culture of Astrology

The Centre teaches the history of astrology, has an extensive programme of publication, and has held a series of conferences on the history of astrology. Academic work has been published through Culture and Cosmos, and student work has been published through Spica, especially Vol. 5 no 1. The major work is Nicholas Campion’s two volume History of Western Astrology, volume 1 on the ancient world and volume 2 on the medieval and modern worlds.

In addition we have published two volumes of papers:

Charles Burnett and Dorian Gieseler Greenbaum (eds), From Masha’allah to Kepler: Theory and Practice in Medieval and Renaissance Astrology (Lampeter: Sophia Centre Press, 2015) is a collection of papers first presented at the Warburg Institute.

Astrology is a part of modern popular culture, and a number of our staff specialise in it. We are not concerned with testing the claims of astrology, but with its social and philosophical contexts.

So far staff have completed two PhDs. Bernadette Brady explored ‘Theories of Fate among Present-day Astrologers’ (2011) and Frances Clynes’ topic was, ‘An Examination of the Effect of the Internet  on Modern Western Astrology’ (2016). Two other staff members are currently undertaking PhDs in this area. Garry Phillipson is exploring philosophical questions in his research into ‘Astrology and Truth’, and Laura Andrikopoulos is exploring ‘The Psychologisation of Astrology in the Twentieth Century’.

Publications by Centre staff include Nicholas Campion’s Astrology and Popular Religion in the Modern West: Prophecy, Cosmology and the New Age Movement  (Abingdon: Ashgate, 2012; London: Routledge 2015), which is the major sociological account of modern astrology. Bernadette Brady’s debate on the nature of astrology, Cosmos, Chaosmos and Astrology: rethinking the nature of astrology (Lampeter: Sophia Centre Press 2014) is a revision of her MA Dissertation.

In addition three collections of essays include chapters on astrology in the contemporary world as well as in the past:

We do not restrict ourselves to western astrology and have published research into contemporary Indian astrology via Culture and Cosmos and various publications of the Sophia Centre Press.

The Centre has a track record of teaching and research in the relationship between astronomy, literature and the arts. MA students are able to conduct research in these areas in the Heavenly Discourses module, as well as in their dissertations. The Centre has also played a vital part in bringing scholars together from across the world and has sponsored five major conferences. It sponsored three conferences of the Inspiration of Astronomical Phenomena, INSAPIV in Oxford in 2003, INSAPVII Bath in 2010 and INSAPIX at  Gresham College, London in 2015. The papers of the Bath Conference are published online by Culture and Cosmos. In 2011 the Centre sponsored the Heavenly Discourses conference at the University of Bristol in order to celebrate the fiftieth anniversary of the first human space flight. Papers from the conference have been published by the Sophia Centre Press. In 2016 the Centre also sponsored the 24th annual conference of the European Society for Astronomy in Culture in Bath.

The relationship between the land and sky is one of our major themes. Part of our work deals with the investigation of the relationships between archaeological sites and celestial phenomena. Traditionally known as archaeoastronomy, we are actively developing the new concept of skyscape archaeology. Students on the Skyscapes, Cosmology and Archaeology module complete a research project exploring astronomical orientations, alignments or symbolism in the built environment.

One PhD has been completed: David Fisher’s ‘Employing 3-Dimensional Computer Simulation to Examine the Archaeoastronomy of Scottish Megalithic Sites’ (2015).Two otherstudents are currently working on archaeoastronomical topics. Liz Henty is writing a history of the discipline of archaeoastronomy, and Pamela Armstrong is studying the Neolithic monuments of southern England.

So far we have completed one major collection of essays, Fabio Silva and Nicholas Campion’s edited volume Skyscapes – The Role and Importance of the Sky in Archaeology (Oxford: Oxbow, 2015). Papers on archaeoastronomy have been published regularly in Culture and Cosmos, and Vol. 17 no 2 was devoted to the topic, and included papers by Sophia Centre students. The Journal of Skyscape Archaeology was also set up with support from the Centre.

We have also sponsored or published three volumes of papers, largely devoted to archaeoastronomy, two published by British Archaeology Reports:

The Welsh Monastic Skyscapes project has been examining Welsh Abbey churches with respect to solar alignments. Significant results have been found and published as Bernadette

The results have also been presented in four lectures:

This research is ongoing and will be expanded to include sites beyond Wales.

The Earth is a planet spinning through space, and the Centre includes in its remit the ways in which human beings create sacred space in both natural and urban terrestrial environments. This is taught within the Sacred Geography module and all students are required to complete a research project. There is considerable overlap between this work and this in other areas of the Centre’s activity, but with an emphasis on the Earth rather than the sky. For example, the Welsh Monastic Skies project dovetails with work on sacred space. Most issues of Spica, the Centre’s postgraduate research journal, contain student research into sacred space, and Volume 4 no 2 was specially themed in this area. Anthony Thorley, one of our specialists in the area, is conducting PhD research into the phenomenology of landscape zodiacs.

In addition to individual staff and student publications the Sophia Centre is linked to three major ventures:

The Sophia Centre Press is a spinout company from the University, publishing books in the Centre’s subject area.

Culture and Cosmos is the peer-reviewed journal on the history of astrology and cultural astronomy.

Spica is the postgraduate student journal.

Individual staff publications include the following:

The Sophia Centre holds a major annual conference, gathering academics from around the world, on varied topics in the Centre’s subject area. It also holds postgraduate conferences in London, sponsors other conferences, and holds online events. For full details see the Sophia Project’s conference pages.

In addition to individual seminars, workshops and postgraduate conferences, the Sophia Centre has organised or sponsored the following international conferences and conference sessions since 2009:

July 2017: The Talking Sky: Myths and Meaning in the Celestial Spheres

September 2016 (sponsored): The Marriage of Astronomy and Culture: Theory and Method in the Study of Cultural Astronomy, 24th annual conference of the European Society for Astronomy in Culture (SEAC)

June 2016: Worship of the Stars: Celestial Themes in Observance and Practice of the Sacred

January 2016 (sponsored): Land, Sea and Sky in the Near East, annual conference of the British Association of Near Eastern Archaeology (BANEA)

August 2015 (sponsored): The Ninth Conference on the Inspiration of Astronomical Phenomena (INSAPIX)

September 2014 (sponsored): The Materiality of the Sky, 22nd annual conference of the European Society for Astronomy in Culture (SEAC)

See papers from the conference

June 2014: The Marriage of Heaven and Earth: the construction, creation and representation of the sky in sacred space.

December 2012: ‘The Role and Importance of the Sky in Archaeology’, session at the annual conference of The Theoretical Archaeology Group (TAG). See papers from the conference here

June 2012: Astrology in Time and Place: Cross Cultural Questions in the History of Astrology. See papers from the conference here

June 2011: Sky and Symbol. See papers from the conference here

October 2010 (sponsored): The Seventh Conference on the Inspiration of Astronomical Phenomena (INSAPVII). See papers from the conference here

There are a number of levels in which you can undertake research projects with us.

The MA consists of six taught modules, all of which teach different research skills. Three modules require a research project. In Researching Contemporary Cosmologies students use interviews or questionnaires to find out about modern attitudes to astronomy, astrology or the cosmos; in Heavenly Discourses students explore their relationship with the sky; in Sacred Geography, research projects examine the nature of sacred space at specific sites; in the History of Astrology students can research the work of particular astrologers, and attempts to reform astrology; and in Skyscapes, Cosmology and Archaeology students have the chance to measure astronomical alignments at historical sites. Any of these modules can be taken as a stand-alone module if you are an Occasional Student, as well as part of the Postgraduate Certificate or Postgraduate Diploma. All MA students write a 15,000 word dissertation based on a supervised research project.

The MRes (Master of Research) consists of three MA modules and a 30,000 word dissertation based on a supervised research project. We would normally expect a student undertaking the MRes to have previous experience of research at postgraduate level.

PhDs are undertaken by supervised research over a timeframe of between three years and six years. Applicants should already have a track record of research at MA level, with high marks in their dissertation. There is no taught programme but PhD students are welcome to sit in on MA classes.

Honorary Researchers are attached to the Sophia Centre for five years, benefit from a University affiliation and access to the resources of the University of Wales Trinity Saint David, but are not paid. They are expected to undertake research and to report on this via seminars and written accounts. Applicants to be an honorary researcher should either have a PhD or a track record of peer-reviewed publication. 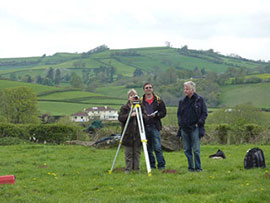 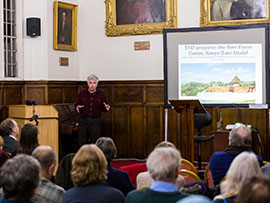 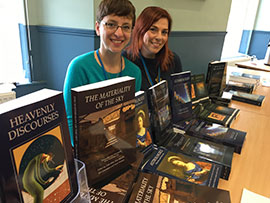