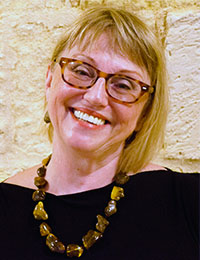 Zero Hours on the Boulevard: Tales of Independence and Belonging, Parthian Books, 2019, co-edited with Alison Evans

Elsewhere, Where Else by Eurig Salisbury and Sampurna Chattarji

Open Me My Shadow by Avner Pariat and Rhys Trimble

A Different Water by Sian Melangell Dafydd and Anitha Thampi

Editor of the series of digital reports on publishing translated literature in the United Kingdom and Europe and surveys of key European national organisations supporting literary exchange and translation, published by Literature Across Frontiers and available to download from its website.

Publishing Translations in the United Kingdom and England, statistical report, 2012 and 2015, with Giulia Trentacosti

Literary Translation from Arabic into in the United Kingdom and Ireland, with Alice Guthrie, 2011